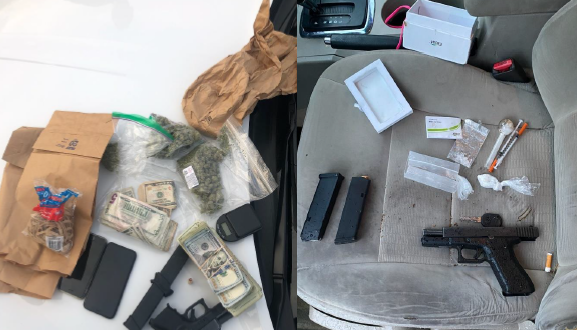 TOPEKA, Kan. – A joint operation conducted by federal, state and local police over 10 days has led to more than 250 people being arrested in Topeka and the seizure of 24 guns, nearly 19 kilograms of illegal drugs and $25,000 in cash.

The effort, dubbed Operation Frontier, was carried out in early and mid-March, the Capital-Journal reported . Officials said it targeted violent fugitives, gang members and criminal offenders following a significant rise in violence in the area from 2014 through 2019.

Of the 258 arrests made, 138 were felony arrests, officials said.