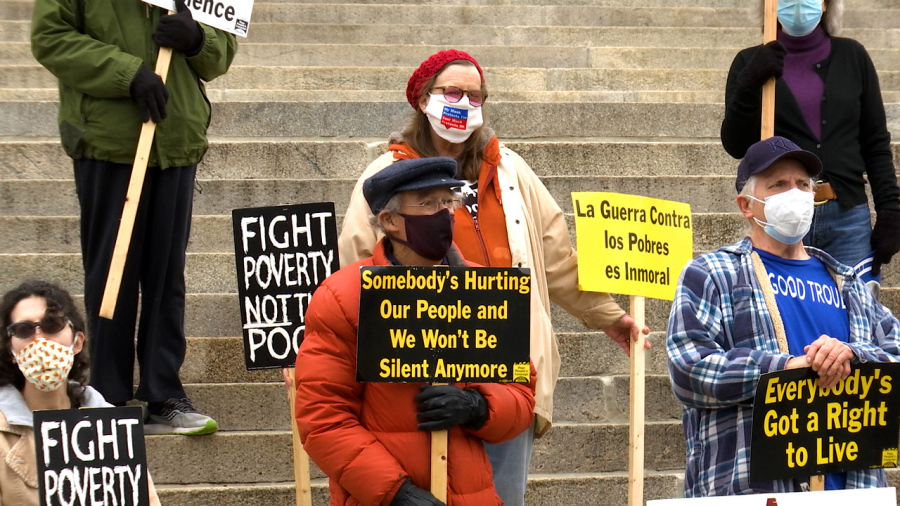 TOPEKA, Kan.– The Kansas Poor People’s Campaign gathered at the state capitol on Monday, urging lawmakers to take a stand for low-income groups across the state and country.

Several group members spoke about their concerns with state policies, advocating for Medicaid expansion in the state and pushing for lawmakers to vote against policies that suppress voters.

“We recognize that the power is with the people. We are the people,” said group member O’shara Hayes.

Hayes led the event and urged lawmakers to oppose a bill that would limit advance voting in the state.

The state’s Federal and State Affairs Committee will be holding a hearing on Senate Bill 292 Tuesday morning, a proposal that would limit who may return an advance voting ballot and the number of ballots a person can return.

Hayes expressed her concern with the policy during her speech.

“These policies that have been presented are a direct backlash of the low-income folks exercising the right and the freedom to vote,” Hayes said. “We stand united against policies that make it harder for that to happen.”

The Poor People’s Campaign is a social justice group comprised of members in 40 different states. The group’s goal is to unite poor and impacted communities across the country.

Group members in Kansas left letters with their “14 Policy Priorities to Heal the Nation” at the top of the Capitol steps.

Discrimination has long been part of Seaman students’ experience. Here’s why they’re speaking out now.