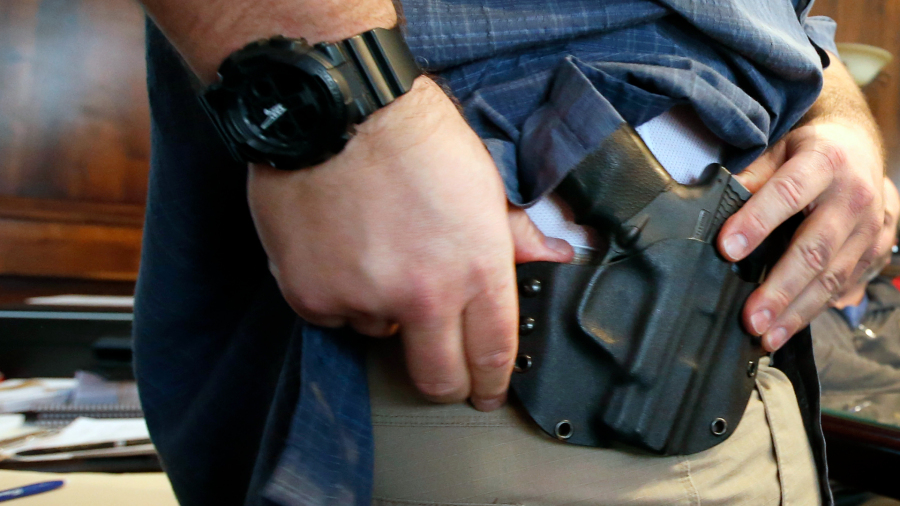 For one, adults under 21 years of age would be able to conceal carry. Currently, only those 21 and older are allowed to do so. House Bill 2058 would create a provisional license class for those from 18 to 20 years of age, after which the license turns permanent.

To pair along with that, the bill would also allow the state government to recognize non-Kansans’ concealed carry permits from other states, as long as Kansas and the other state are in a reciprocity agreement.

Both provisions could significantly expand the number of students on college campuses who are able to conceal carry. That brought some concern among bill opponents.

“We are allowing 18-year-olds who are high school seniors to have guns concealed at parties where there may or may not be alcohol,” said Senate Minority Leader Dinah Sykes, D-Lenexa, who tried to change it back to 21 years old or older.

But Sen. Richard Hildebrand, R-Galena, dismissed that argument and noted that those under 21 would have to take a concealed carry training class to get just that provisional license.

“We have 18-year-olds going overseas fighting for our freedom and our safety, and we’re going to tell them when they come back they have to wait one (or two) more years?” he said.

The reciprocity portion has been supported by advocates for the Second Amendment, including state Attorney General Derek Schmidt.

Schmidt said it would also encourage Kansans to get a permit and go through the background checks and training requirements to get reciprocity in other states. A Kansan adult over 21 doesn’t need a permit to conceal carry.

One last provision tacked onto this concealed carry bill is the Kansas Protection of Firearms Rights Act. Currently, certain crimes and records can prohibit one from owning a firearm. But the act says if that criminal record is expunged, he or she would be able to have the right to bear arms fully restored.

“This is weakening the laws to keep guns out of the hands of violent criminals,” she said.

But bill supporters noted the legislation requires the court find that possession of a firearm isn’t likely to pose a threat to the safety of the public, in order to grant expungement.

Votes on the bill fell mostly along party lines, with Democrats against.

It would come as no surprise if Democratic Gov. Laura Kelly vetoed HB 2058. To override her veto, GOP leadership in the Kansas House would have to woo over two to three Republicans who broke from the party by voting against it.