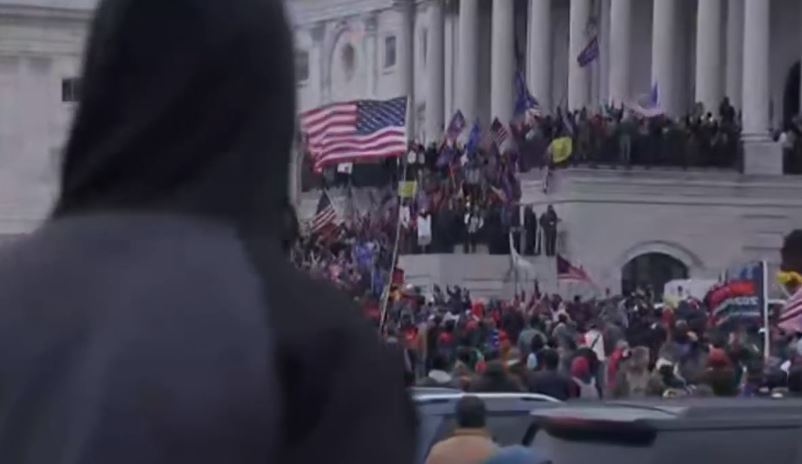 TOPEKA, Kan.– Supporters of President Donald Trump marched on the U.S. Capitol building following a rally Wednesday held in front of the Whitehouse.

The U.S. Capitol locked down Wednesday with lawmakers inside as violent clashes broke out between supporters of President Donald Trump police.

An announcement was played inside the Capitol as lawmakers were meeting and expected to vote to affirm Joe Biden’s victory.

Around 3:20 p.m., images shared on social media show protestors inside the Capitol building.

Protesters tore down metal barricades at the bottom of the Capitol’s steps and were met by officers in riot gear.

Some tried to push past the officers who held shields and officers could be seen firing pepper spray into the crowd to keep them back.

The Senate and House had adjourned during Wednesday’s congressional joint session to count electoral votes, which had taken on added importance this year as congressional Republicans allied with President Donald Trump are pledging to try and undo Democrat Joe Biden’s victory and subvert the will of the American people.

Moran says the Constitution limits his role, he will not object to certification of Biden’s win