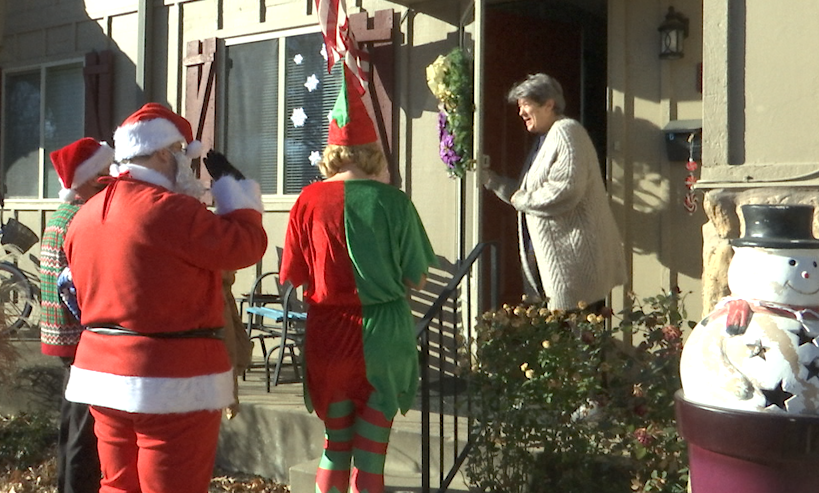 Good people like some teachers at Jardine Middle School who got the go ahead from Santa himself to borrow his clothes and make a few unexpected holiday deliveries before Christmas Day for a few families in the community.

“Some of them have lost jobs because of COVID. Some are working two or three jobs just to make ends meet. So if we can help provide a little relief for our families and give them just a little bit of cheer for the season, then we’re blessed,” Mike Haire, Principal at Jardine said.

Holiday cheer for families like Karen Balmain, who’s raising her two grandchildren by herself.

Making this surprise gesture the best christmas gift of all.

So with goodies in tow, Santa and his elves went to each families door, delivering gift cards, blankets, coats, and even some holiday treats.

To raise the spirits of families like Jacob Barnard, a student at Jardine whose holiday season won’t be the same this year because it’s the first one without his mom.

“I was just happy. I felt special,” Barnard said.

The Jardine staff surprised nine families in total that day with Christmas gifts.