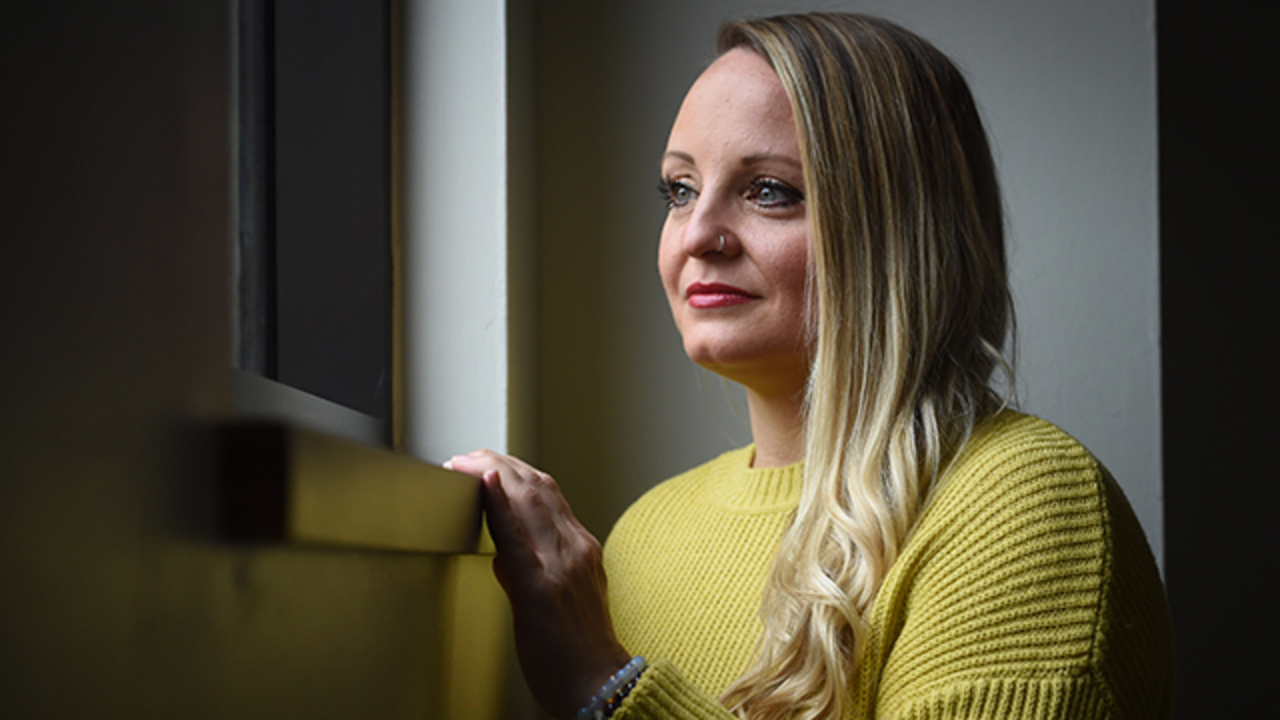 TOPEKA — Amy Miller’s ex-husband made it clear he wanted her dead.

After he physically attacked her six years ago he consistently harassed and threatened her. He attempted to run her off the road on the way to a co-parenting meeting. He told her that he had driven by the house while she and their children were sleeping and opened and closed the garage door.

“This guy could actually kill me,” Miller, a 39-year-old Lenexa woman, said.

“It was a really deer in the headlights, watching every road and every parking lot and keeping my eyes literally on every single space surrounding me. Maybe he could be following me, maybe stalking me.”

Although her situation has improved over time, Miller is still connected to him through their children. She hasn’t heard from him since their last court date earlier this year. But he attacked her after a “mental breakdown” and Miller said his stability swings in cycles.

“I don’t fear him. But it’s one of those things at the back of your head you question … I fear when the spiral hits again,” she said.

Miller is among thousands of domestic violence survivors in Kansas, many of whom still fear their abusers and might even need to interact with them because of children.

A Kansas lawmaker and former Moms Demand Action activist wants to improve the safety of these survivors with a bill requiring domestic abusers, like Miller’s husband, to relinquish their firearms. A house panel is scheduled to hold a hearing this week.

It is already illegal for such abusers to own or possess guns.

In 2018 the Kansas Legislature approved a law banning domestic violence offenders and those with protection orders against them from having firearms. But victim advocates, including Rep. Jo Ella Hoye, a Lenexa Democrat, say the measure has a sizable and potentially dangerous loophole.

Though it is now illegal for these offenders to have guns, police can only confiscate weapons with a court order or a warrant and reason to believe the abusers still possess firearms. Judges can issue relinquishment orders at their discretion.

“When we have laws on the books lets make sure that law enforcement has the tools they need to enforce them,” Hoye said. “It can intervene and it could save lives and it’s worth doing that.”

But law enforcement officials have said it is a tool they don’t want. They have doubts about the constitutionality of Hoye’s proposal and concerns that it would stretch their budgets.

In the Missouri General Assembly, a House committee passed a bill last week that would make it similarly illegal for convicted domestic abusers to possess guns. It allows judges to issue orders to confiscate guns from those under restraining orders.

The measure was heard after the Missouri House passed a bill that would “nullify” federal gun restrictions in the state, leading opponents to decry a another potential loophole for those convicted of domestic violence.

Ed Klumpp, lobbyist for the Kansas Chiefs of Police Association and Sherriff’s Assocation, said the legislation would create an untenable burden for police and sheriff’s departments.

“We really don’t have room to be storing people’s firearms,” Klumpp said.

With increasing numbers of guns kept as evidence, storage lockers are full, he said. And because owners would still have a right to their property when a restraining order is lifted, police would need to keep the weapons in good condition.

It would be simpler, Klumpp said, to insist owners turn their guns over to a licensed dealer.

Johnson County Sheriff Calvin Hayden said his department would need to hire more staff to serve each order and conduct investigations that ensured firearms had been taken away.

“It puts us in kind of a tough position,” Hayden said. “How do we make sure that we’ve got all the guns involved?”

Abusers can hide them from police, or claim they belong to a roommate, he said.

It’s already illegal for these offenders to possess firearms, Klumpp said, but ultimately there is no foolproof way to ensure they are disarmed.

“We don’t want to create a situation where we give a victim a false sense of security,” Klumpp said. “I don’t know how you would ever verify with certainty that somebody doesn’t have firearms.”

“I don’t think the court’s going to approve of us just going in and searching everybody’s home.”

Hayden said his department is sure to remove guns from a situation when they’re involved in an incident and responds to all court orders.

“Just because there’s a gun doesn’t mean that it is used in domestic violence,” he said.

Miller’s ex, who was not allowed to possess firearms because of a prior criminal issue, told her he had given his guns to her father. She had no reason to believe he was telling the truth .

“To my knowledge he could have had firearms this entire time,” Miller said.

Although her husband never threatened her with a gun, Miller said a direct relinquishment order would grant her peace of mind, knowing law enforcement had taken those weapons away.

According to the Kansas Bureau of Investigation a domestic violence incident occurred in Kansas roughly once every 23 minutes in 2019. Domestic violence accounted for 1 in 4 of the state’s homicides that year.

Just the presence of a firearm in a domestic violence situation increases the risk of homicide by 500%, according to the National Coalition against Domestic Violence.

A gun raises the level of control that an abuser has over their victim, said Sara Rust-Martin, Legal and Policy Director at the Kansas Coalition against Sexual Assault and Domestic Violence.

Often, Rust-Martin said, abusers will clean guns during a fight.

“(Guns) are used to show that if I wanted to I could,” Rust-Martin said. “Not having access to the weapons will provide an opportunity not just for physical safety but (eliminating) that sort of terroristic threat that can come when somebody, when an abuser uses a weapon in that way.”

The most dangerous time for a survivor, Rust-Martin said, is the first year after leaving the abusive situation.

In the best of scenarios, the fear many survivors live with might fade over time. LaTonya Boyd, a Mom’s Demand Action volunteer from Topeka, saw the worst case scenario. Her daughter’s abusive partner shot and killed her in Georgia 12 years ago.

“He wasn’t supposed to have a weapon but somehow he got one,” she said. “I never want anyone to feel the pain that I feel.”