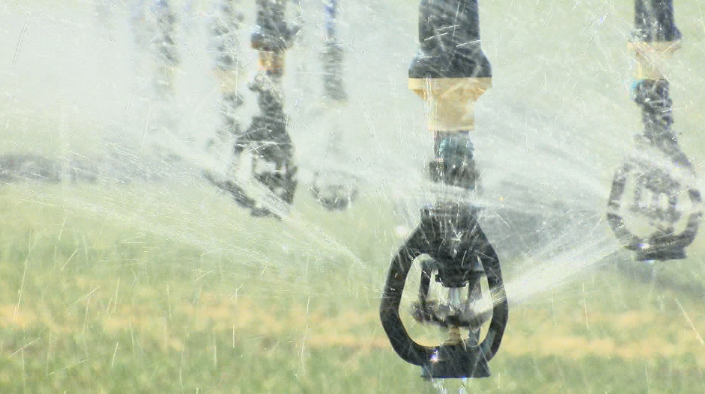 Kansas – Rain is a welcomed sight and for many in the agriculture industry, and this past week has been a long-time coming — it brings with it a sigh of relief as the growing seasons get underway.

Spring is one of the busiest times for farmers. Whether it’s dragging hay fields, planting fall harvest crops, or prepping machinery, work is nonstop, but the recent rain is lightening that workload for farmers who rely on irrigation, saving them hours of work as sprinklers stay turned off.

Rain is boosting growth for crops already in the ground like wheat and alfalfa, but it’s also bringing good news for summer row crops like corn, milo, and sunflowers. “This should really alleviate some of the pre-watering pressure and I’m sure some guys who would’ve had to otherwise, probably won’t have to now,” said western Kansas farmer, David Casterline.

Pre-watering helps build up moisture in the soil and gives the crops a chance to root down.

For farmers, while they say the rain is not a long-term fix, it could have long-term effects such as helping boost crop life, health, and future yield potential. “The rain now it should really help with putting some subsoil moisture down, it should provide most guys with something to plant into, it’s going to probably help make some planting decisions,” Casterline said.

Without the rain, farmers could spend weeks of the busy season working to saturate the soil. “This should kinda slow some things down and give guys a chance to get caught up, but it becomes a very condensed season,” said Casterline.

For farmers like Casterline, firing up irrigation systems is on hold and it’s time for maintenance prep. “This would be a good time to go through sprinklers and go through motors get everything ready to go and make sure you’re ready for that push,” he said.

He says it’s a weight off his shoulders for now, and although the drought is far from gone, he says, every bit of rain helps and he’ll take more any chance he can get. “It takes some pressure off and it can also kinda put some pressure on if you’re waiting on some of these field operations, that can get kinda stressful, but again we can’t ever complain about rain,” he said.

‘This guy could actually kill me.’ How Kansas law still lets domestic abusers have guns