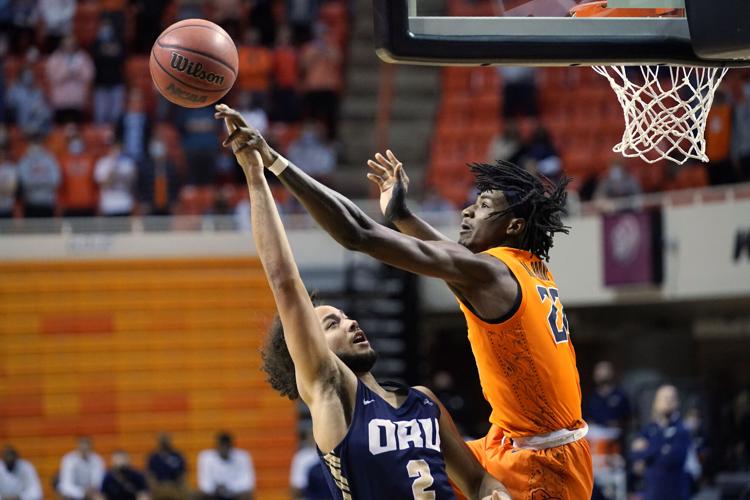 In a typical year, college basketball schedules are formulated several months before the start of the season. As 2020 was anything but typical, coaches scrambled to secure nonconference dates.

Self’s idea would have resulted in four games: on Nov. 25, Kansas vs. ORU and Gonzaga vs. Auburn; and on Nov. 27, Kansas vs. Gonzaga and ORU vs. Auburn.

“Coach Self’s message was, ‘I can help ORU by doing this,’ ” Mills explained. “For a few days, I was thinking that we would open the season against Kansas. I was pretty excited about the possibility.”

Before the Tulsa event could be finalized, however, Fox Sports television officials got involved. They were looking for live content during the Thanksgiving weekend, and they had a sponsor on standby.

The result was the scheduling of the Rocket Mortgage Fort Myers Tip-Off, played in Florida on Nov. 26-27 and involving Kansas, Gonzaga and Auburn.

Instead of ORU being the fourth team, St. Joseph’s was invited to participate.

In the nationally televised opener on Nov. 26, then-No. 6-ranked Kansas was beaten 102-90 by then-No. 1-ranked Gonzaga. Kansas followed the next day with a 94-72 victory over St. Joseph’s.

Before Self became a Hall of Fame figure with the Jayhawks, his head-coaching career began with a 1993-97 run at Oral Roberts. In 1997-2000, he was the head man at the University of Tulsa.

Kansas basketball: Marcus Garrett’s injury and possible return against the Sooners this Saturday