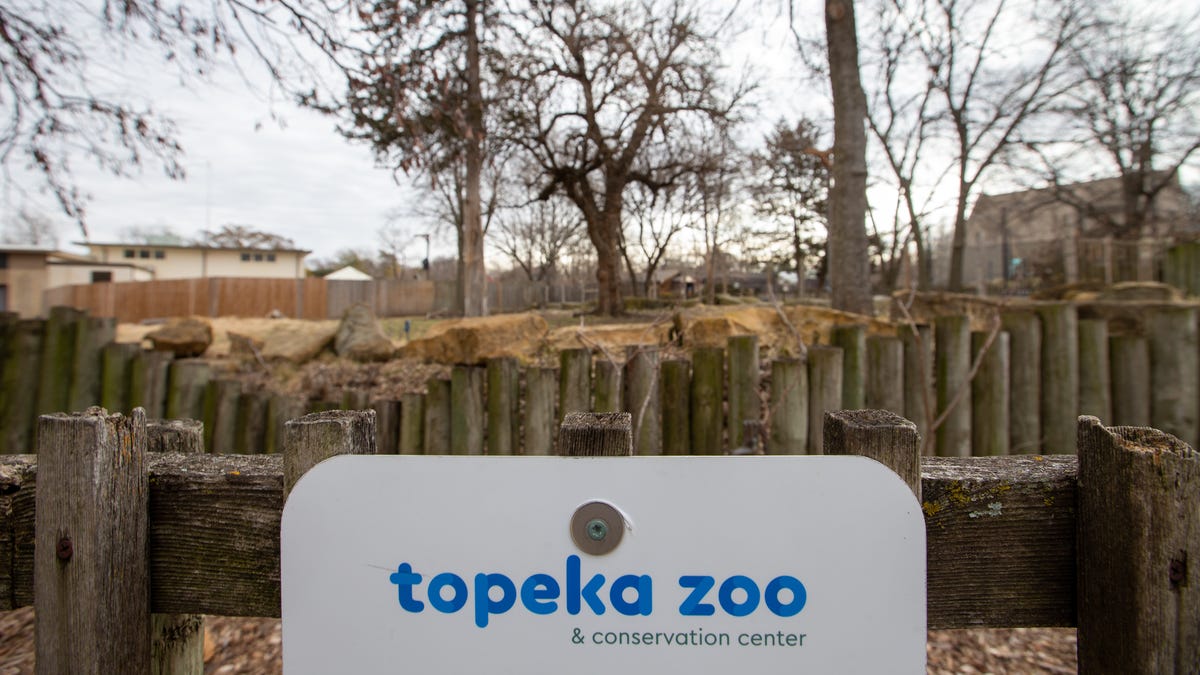 The Topeka City Council voted 9-1 to approve a license and management agreement that would begin the transition of daily operations to the nonprofit Friends of the Topeka Zoo.

FOTZ will handle daily operations of the Topeka Zoo by April 3.

Here is what you need to know about the license and management agreement.

Who owns the Topeka Zoo animals?

The zoo animals the city owns will be transferred to FOTZ. The employees taking care of the animals likely won’t change. FOTZ is responsible for caring for the animals and remaining accredited by the Association of Zoos and Aquariums, the agreement says.

The city could take over care of the animals again if the agreement ends.

How involved will Topeka be after Friends of the Topeka Zoo takes over?

Topeka City Council will elect one person from the governing body to serve on the FOTZ board of directors. That person will serve as a voting member, unlike the two city staff members appointed to the board in non-voting roles.

Fred Patton, president of the FOTZ board, said there are about 12 members on the board now and he expects it to grow to about 20 members now that the transition is approved.

“We are likely to need some different people on the board moving forward,” he said.

Councilmember Neil Dobler said the council member on the board will serve as a liaison between the governing body and FOTZ, and he doesn’t mind only one person on a larger board.

FOTZ will also provide annual and quarterly reports to the governing body, which could include information on the budget, attendance or capital project updates.

The governing body can also step in if admission and attraction pricing increases by 120% annually, otherwise, FOTZ can adjust the rate as it pleases, according to the agreement. The zoo’s operating hours also can’t change unless it gets approval from the city council.

How will this benefit the Topeka Zoo?

Increased budget flexibility and a potential increase in fundraising are some benefits of the transition. Fundraising could become easier if the zoo is run by a nonprofit, The Capital-Journal previously reported. People are less likely to donate to a government-run program, like the zoo in its current form, and more are willing to donate to a nonprofit group.

The zoo is run by two entities, which means there are two human resources departments and two organizational flowcharts. That structure wouldn’t exist with only one entity in charge.

Is Topeka financially supporting the zoo after the transition?

The city will provide $2.85 million in bond proceeds for the first seven and half years and could make similar payments in the final seven and a half years “unless current terms and conditions are changed,” the agreement read.

Topeka will also provide FOTZ with $5.7 million from April 3 until Dec. 31, 2035, to address capital maintenance.

Financial officials said there is still more action required and that “this will not be the last time this body acts on this financing.”

Councilmember Karen Hiller said she was worried committing to that funding model would put the city over budget.

“That whole 15 years … we are guaranteeing that money,” Hiller said. “We have to know how we are going to get it.”

Jessica Lamendola, director of the Administrative and Financial Services Department, said there could be a short-term budgetary impact, but there are long-term benefits.

“I appreciate the perspective on it’s going to cost more, because I think that is accurate,” she said. “The alternative if we didn’t enter into this agreement, it would also likely cost us more.”

The city has first right of refusal. What is that?

First right of refusal allows the city the first chance to acquire any equipment from FOTZ if the group were to get rid of it. The city has the first chance to purchase any of FOTZ’s personal property, assuming that property was purchased by FOTZ during the agreement.

FOTZ can also remove items, like furniture, equipment or inventory, at its own expense. The city also has the first right to buy those items from FOTZ.

City council members said they trust Patton and the FOTZ board to run the zoo but wanted this protection so FOTZ couldn’t sell all its animal care equipment and leave the city with nothing if the agreement was terminated.