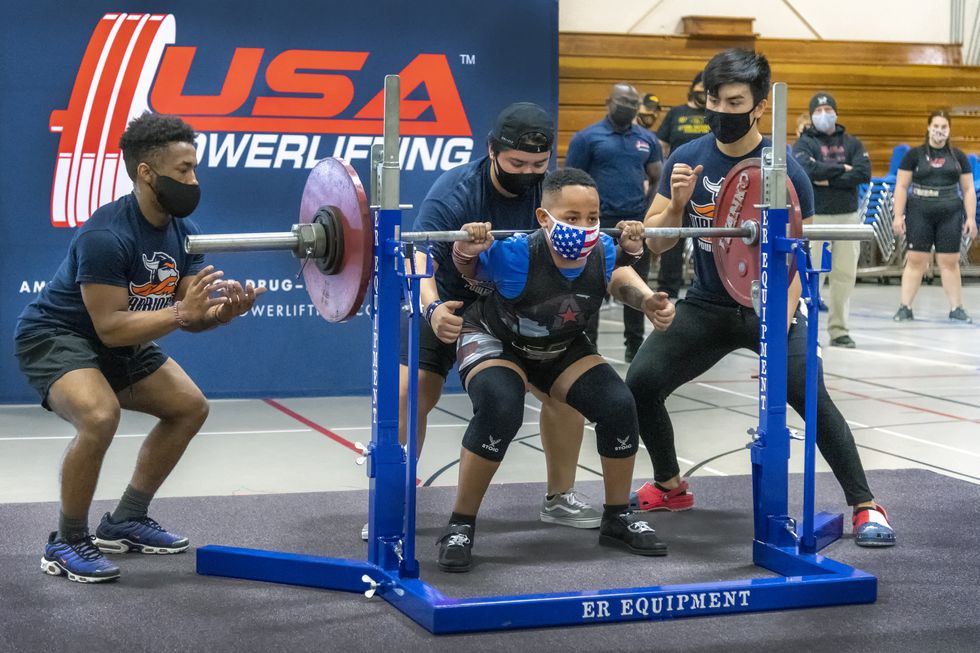 TOPEKA, Kan. – A Topeka nine-year-old is officially the strongest kid in the country.

Bo Jensen, a third-grader at McCarter Elementary, took home three American records for age 10 and under at a USA Powerlifting meet in Lincoln, Nebraska, hitting 182 lbs in squat, 92 lbs in bench and 231 lbs in deadlift.

He previously broke the Kansas all-time records in the three lifts for his age group December.

“Extremely excited,” Bo said of his results from the national meet. “I like that everybody gives me high fives in powerlifting.”

Bo’s dad, Joe Jensen, also competed in Nebraska, where he broke all of the Kansas state records in his age group.

Joe says the most special part of his career has been watching his son compete and reap the rewards of his hard work.

“You know, I’ve won a lot of things in weightlifting over the years. But watching him, it’s beyond anything that I’ve ever done as far as fulfillment and happiness in my heart,” Joe said. “I can’t even really explain it. It’s fantastic. It’s just so many elevated emotions, it was bringing me to tears.”