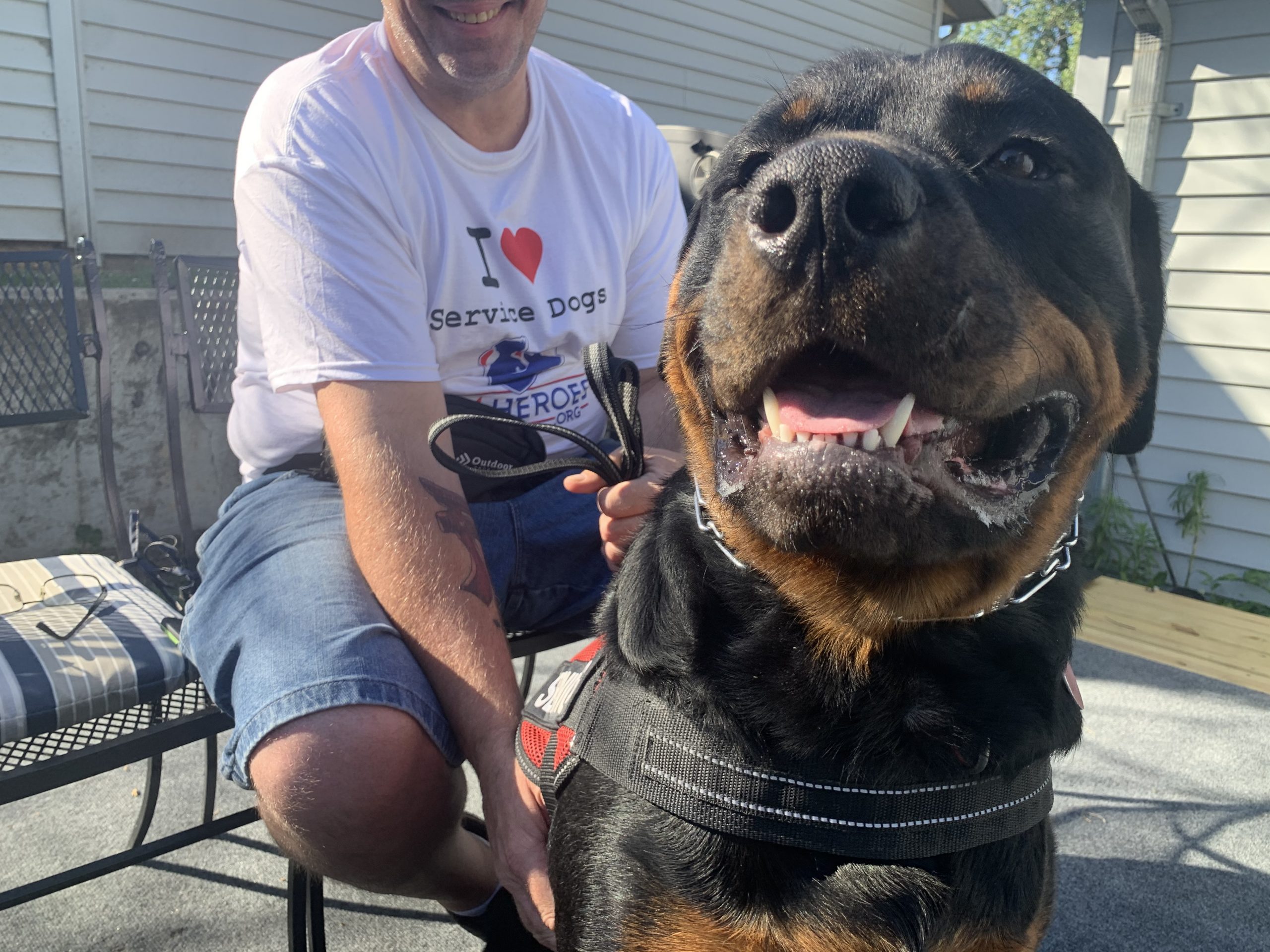 TOPEKA, Kan. – An employee at the Topeka VA said his service dog is banned from coming to work with him after another employee said the dog put his mouth around her arm.

Kyle Stueven said his dog, Warrior, only jumped up on his hind legs and that was it.

“He jumped up, his front paws were about that high off the ground,” Stueven said. “I got him, had him sit and put him between my legs.”

Stueven said he received a letter that Warrior was not allowed back to work after the incident. He works as a peer counselor at the VA and Warrior helps him with his P.T.S.D.

“He is able to do for me those things I can’t do or if i was doing, I would be less effective at my job,” Stueven said.

Joseph Burks with the Topeka VA said he can’t talk about this case specifically, but he said they investigate each case individually to determine the best outcome.

“If there is ever a situation where a service dog is out of control or kind of going against what a service dog should be doing, we need to look at that,” Burks said.

Stueven said Warrior is trained and has never had problems before. He said he just wants to able to bring his dog back to work.