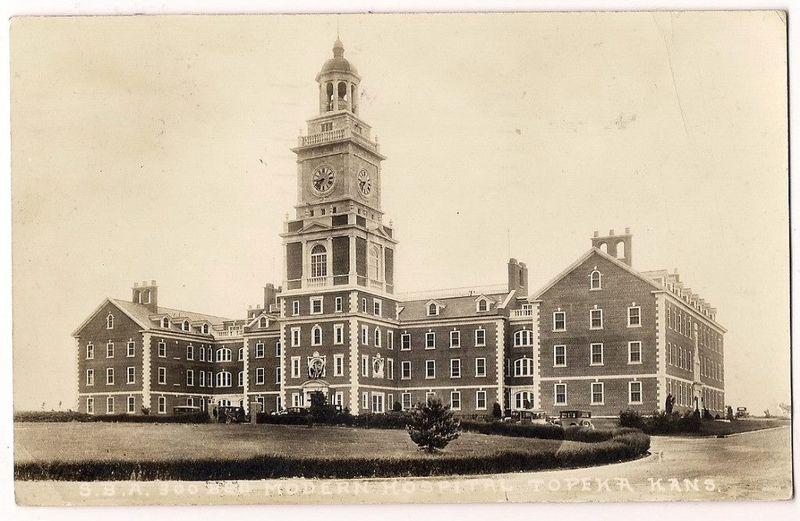 TOPEKA, Kan. – Topeka’s mayor and city council may be asked to authorize the demolition of the iconic Menninger Clock Tower building, a Topeka landmark standing on the former campus of the famed Menninger psychiatric clinic.

The Topeka Landmarks Commission voted 9-0 on Jan. 14 to reject an application for a demolition permit submitted by Colorado-based SCL Health, the owner of the property, which is just northeast of S.W. 6th and Wanamaker Road.

SCL plans to appeal the Landmark Commission’s vote if it is unable to find a viable partner to which to donate the building, said Nikki Sloup, its public information officer and vice president of system communications, on Monday.

SCL spent more than $500,000 over the years keeping the tower safe

SCL, also known as Sisters of Charity of Leavenworth Health System Inc., announced in November that it would seek permission to demolish the clock tower building.

Topeka’s city government had declined to accept the property as a donation because of the high costs of maintaining the building, SCL said.

SCL had purchased the former Menninger property, including the clock tower building, in 2007, about four years after the psychiatric clinic vacated that property. The building is listed on the Register of Historic Kansas Places and the National Register of Historic Places.

In November, SCL announced it had spent more than $500,000 over the years keeping the clock tower building structurally safe and sound but no longer considered maintaining it to be sustainable.

SCL said that for two years it had been working to identify potential buyers who have the resources to maintain the clock tower building and was continuing to do so. SCL asked anyone with serious interest in buying the clock tower to contact Randy Goldsmith at [email protected] or by calling 720-228-4716.

SCL’s application for a permit to demolish the clock tower building was rejected Jan. 14 in a 9-0 vote by the Topeka Landmarks Commission, a nine-member body appointed to advise the Topeka City Council on historic assets and to safeguard the architectural and cultural heritage of the community through the preservation of historic resources, historic landmarks and districts.

The Landmarks Commission concluded the building’s demolition would damage or destroy the historic integrity of the property involved.

Its members voted after hearing from retired Menninger psychiatrist Siebolt Frieswyk, who said he couldn’t convey the profound significance of the building to himself and the Menninger community. People need such symbols as the clock tower to cherish, hold on to and guide them into the future, Frieswyk said.

Topeka attorney Tim Schultz spoke at the Jan. 14 meeting on behalf of SCL, stressing that demolishing the clock tower building wouldn’t be its first choice.

Schulz said he understood members of the Landmarks Commission lacked the authority to consider alternatives and weren’t supposed to take into account the cost involved in renovating the building. If SCL’s application is appealed, Topeka’s governing body would be able to take such things into account.

Topeka’s governing body also has a different threshold for making decisions regarding demolition permits, which allows it more flexibility than the Landmarks Commission has, Fiander said.

The Landmarks Commission is to deny the permit if it concludes demolition would affect the historic integrity of the property involved.

But the governing body may overrule the Landmarks Commission and authorize demolition if it concludes there are no feasible and prudent alternatives, which is something it has at times done in the past.

For example, that happened in 2018 when the mayor and council overruled the Landmarks Commission’s denial of a permit seeking permission to demolish buildings at 618, 630 and 632 S. Kansas Ave. to allow for the construction of a downtown plaza.