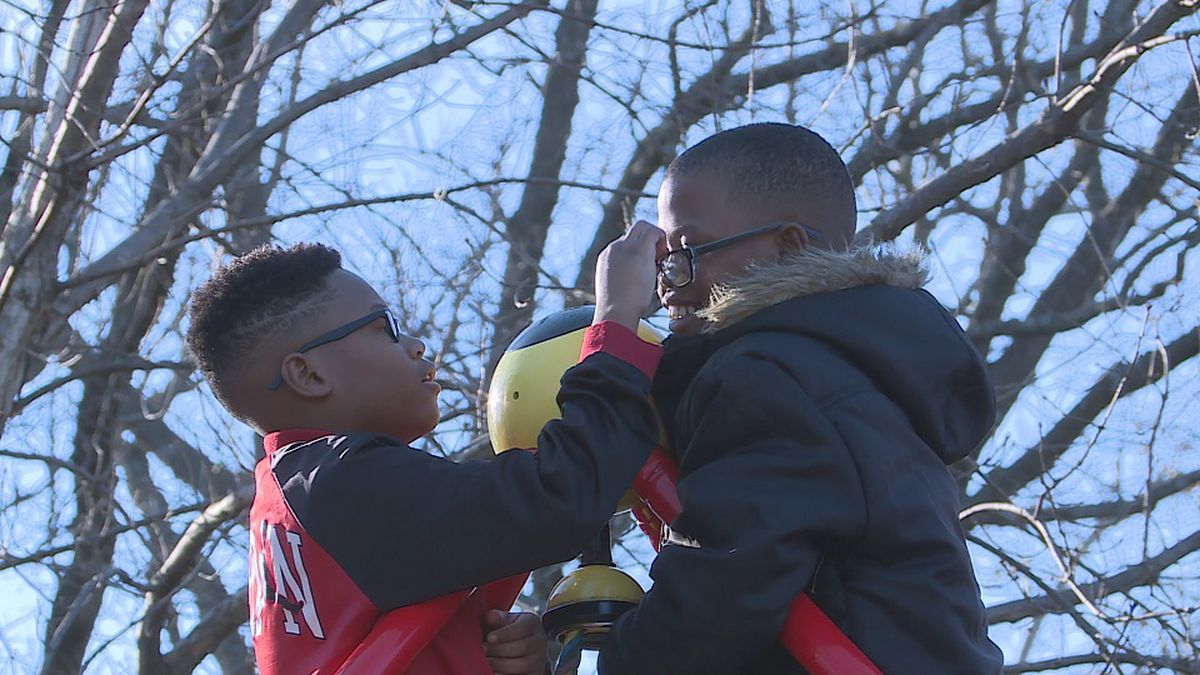 “I don’t get to play football because I have a port in my chest,” Ladarius Dupree said.

“It completely changed my life, never been the same since that time,” Ladell Rucker emphasized. “We had to go to Madonna Hospital Nebraska for three weeks, I had to change my schedule, I had to change the way I do everything because of this.”

Alea Rucker’s son and Ladarius’ cousin, Anais Mania had just turned 9 when he had his stroke. He also faced limitations.

“It was very hard, it was very hard for all of us, but she came back, and he continued therapy, and he was getting stronger,” Alea said. “Then a few months later my son had the same stroke in the same side of the brain.”

“I had the stroke and then I couldn’t talk,” Mania said. “I can’t play tennis because the ball might hit me.”

Ladarius and Anais both were diagnosed with sickle cell disease at two months old.

Now, they both need blood transfers every five weeks, because of their strokes.

“So for them going every five weeks to get their blood, it pretty much assures that that blood level will stay under 30 and they’re risks for having a stroke and complications with decrease.”

According to Dr. Youmna Othman, Pediatric Hematology-Oncology at Stormont Vail Hospital, sickle cell disease affects one out of every 365 African Americans, so donating blood is critically needed for sickle cell patients.

“So anybody can donate blood, all blood is welcomed,” Dr. Othman said. “There are a lot of patients that are going to need blood transfusions.”

“Unfortunately, for these patients specifically every time you give any patient blood that’s not theirs, they’re going to have the potential to react to it and reject it, or form antibodies against it,” Dr. Othman explained.

The families also depend on each other.

“Our sons have different blood types, so whatever blood you have, it will help,” Alea said. “So yes, the importance of it is our children depend on it.”

Together, both families say they can beat the odds no matter the circumstances.

“We feel strong when we’re together, we feel unstoppable,” Mania said.

The Ruckers’ family has a Sickle Cell Foundation and you can learn more and donate here.

The American Red Cross shares how to prepare for severe weather