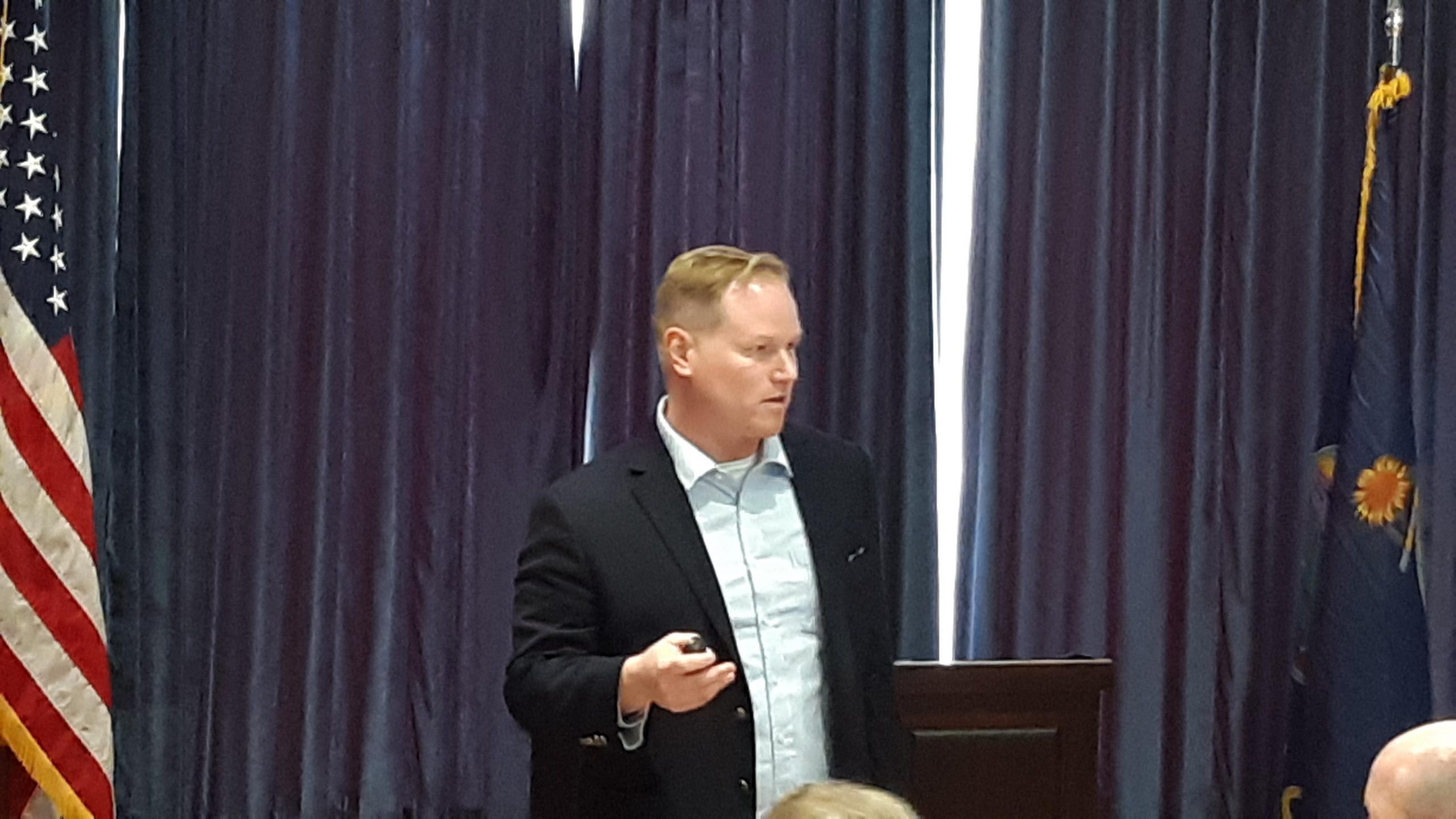 The telephone survey of 600 likely Republican primary voters Feb. 21-24 revealed that if the election were held at that juncture Watkins would take 49% to LaTurner’s 23%. In the poll obtained by The Topeka Capital-Journal, 28% were undecided — not a surprising number for a contest that won’t be settled for five months. The margin of error of Watkins’ poll was 4.4%.

Opinions of those interviewed in the eastern Kansas congressional district reflected the sentiment of people with an overwhelmingly positive opinion of President Donald Trump. The survey paid for by the Watkins campaign also measured support for the incumbent during a period in which he remained under investigation for failing to list an accurate home address on voter registration documents.

“When your in-state fundraising tanks and you need to rely on money from (Barack) Obama donors to fund a phony ‘poll’ just to show less than half of Republicans are willing to vote for you, you know you are pretty desperate,” Leopold said.

Watkins won election to Congress in 2018 by defeating Democrat Paul Davis by less than 1 percentage point and surviving a seven-person GOP primary with use of a massive advertising budget largely financed by his father. Controversy emerged during that campaign about Watkins’ personal relationships with women and about Watkins’ exaggeration of his resume.

In September, LaTurner cut short a campaign for U.S. Senate to run against Watkins. LaTurner, a former state treasurer and state senator from southeast Kansas, made the move at the urging of former GOP Gov. Jeff Colyer. Some GOP officials believe Watkins has placed the 2nd District in jeopardy of falling to a Democrat.

Democrat Michelle De La Isla, the mayor of Topeka, launched a campaign for the congressional seat in January.

Ryan Munce, president of a polling firm called co/efficient in Kansas City, Mo., said he was confident the snapshot accurately reflected sentiment of likely GOP voters at this point in the Watkins-LaTurner campaign.

“The only Republicans in Kansas’ 2nd District that aren’t supporting Steve Watkins are the ones he beat and the ones he didn’t hire,” said Grant, of the Watkins campaign.

Leopold said he considered a job offer from Watkins before accepting a position with LaTurner’s campaign. Leopold was Watkins’ campaign manager in 2018.

Leopold said a balanced poll of the 25-county congressional district would illustrate public perception of the race to be quite different.

“The reality is Steve Watkins is under investigation for felony voter fraud,” Leopold said. “He has voted against President Trump, he has far less campaign money than Jake LaTurner, he is struggling to find a single Kansas elected official who is willing to say he should keep his job and, according to our internal numbers, this race is in the margin of error.”

Watkins is being investigated by the Shawnee County Sheriff’s Department for incorrectly listing a UPS Store in Topeka as his official residence on his Kansas voter registration and two other election documents and subsequently voting in an election, said Shawnee County District Attorney Mike Kagay.

Watkins said he had been questioned by law enforcement officers, but the congressman wasn’t keen to discuss details of the inquiry.

“It’s a very fair question. We can have a more fair conversation in the future — when it has some resolution, which I think will be forthcoming,” Watkins said during a campaign appearance in Leavenworth County.

Some without power for hours as forced outages rotate through Kansas