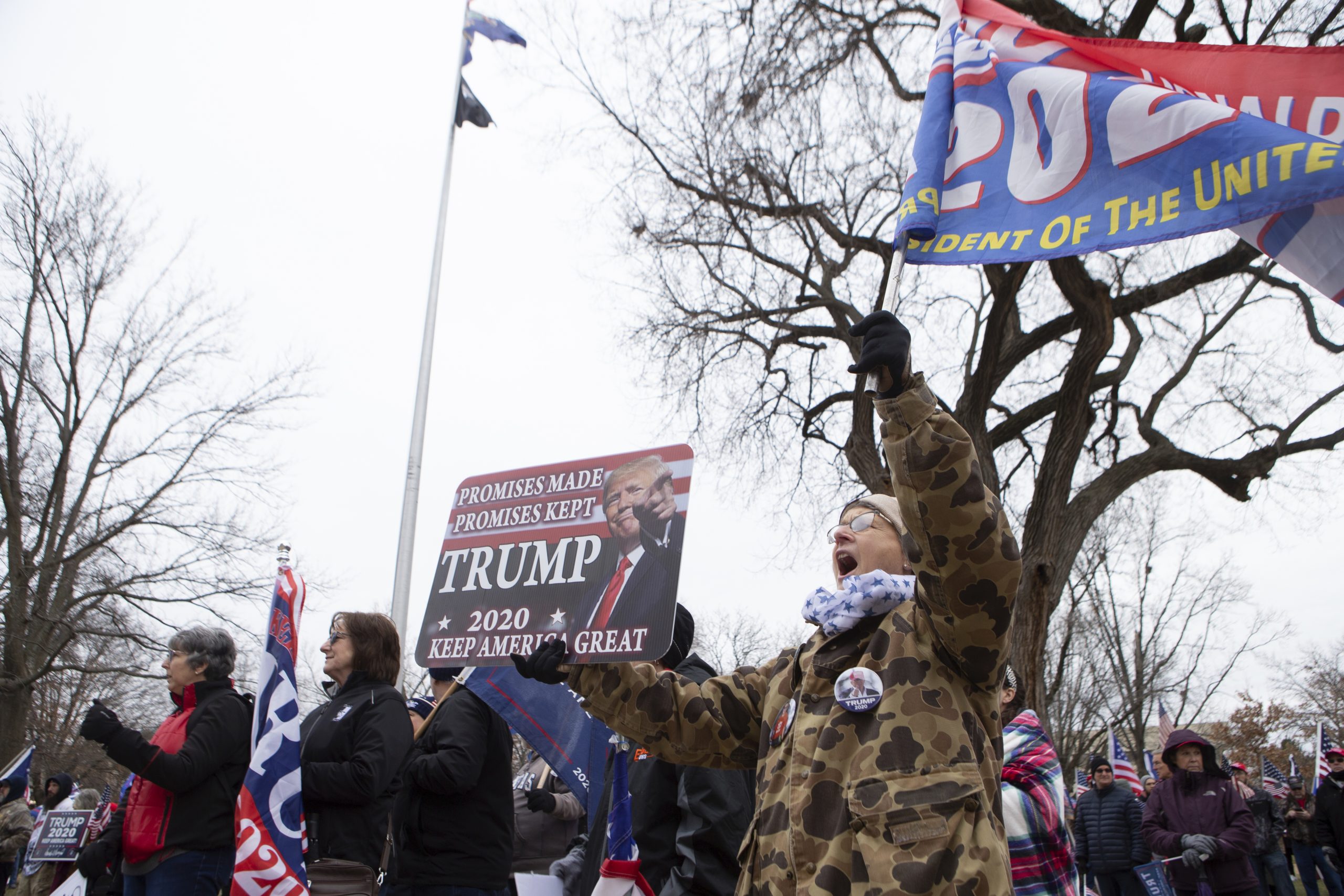 Trump’s supporters listened to speeches promoting Trump’s baseless claims about election fraud and suggesting that the COVID-19 pandemic has been exaggerated.

They chanted “stop the steal,” “four more years” and “no more masks,” a reference to many Trump supporters’ opposition to coronavirus restrictions such as requiring people to wear masks in public.

The protest was the same day Congress was supposed to certify the Democratic president-elect’s victory in the Electoral College. The count was interrupted when pro-Trump protesters stormed and occupied the U.S. Capitol in Washington.

After the rally in Topeka, dozens of Trump’s supporters entered the Statehouse peacefully though its security checkpoint, one by one or in small groups. They initially milled around, glanced at historical exhibits and sat on benches. The building was open as it usually is during the week.

Some protesters remained on the first floor for another hour. Capitol police reported no arrests.

Few state lawmakers were in the building because the Legislature doesn’t convene its annual session until Monday.