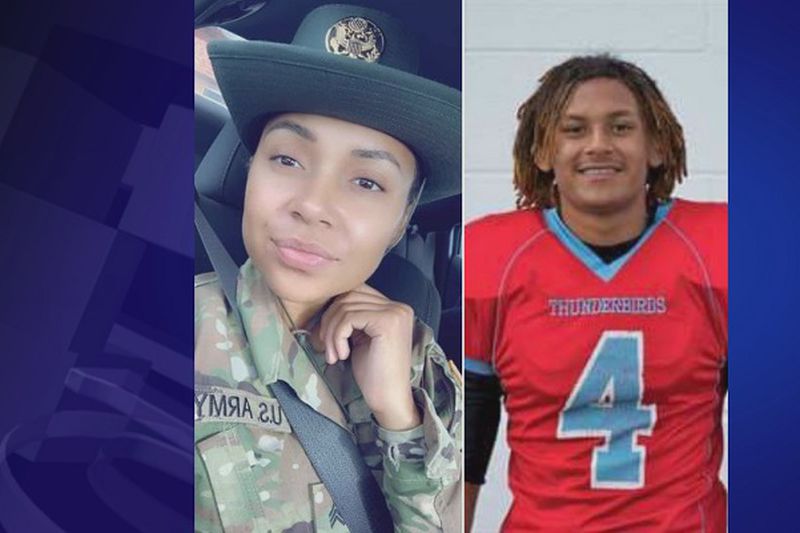 TOPEKA, Kan. – Family members are mourning the loss of Army drill sergeant Jessica Mitchell. She was killed in San Antonio on New Years Day. She’s the sister of Justice Mitchell who was killed in Topeka back in 2017.

“I went to bed a little before New Years, and just you know, woke up, and it was probably about 6:30,” said Angela Lee, who cared for Jessica for most of her life. Lee is the mother of Justice.

Angela Lee woke up to a call from Jessica’s sister, Ashley telling her Jessica had been involved in an accident.

“Then we found out about an hour later that it wasn’t a car accident.”

Around 2:00 a.m. on New Years Day, San Antonio Police responded to what they initially thought was a car wreck. They found 30-year-old Jessica Mitchell shot to death in her car.

“Bringing in the New Year and then you know shortly after that–it was just taken from her,” said Ashley Mitchell, Jessica’s sister.

Lee says the news immediately took her mind back to Justice, her son and Jessica’s brother, who was shot and killed in Topeka in 2017.

“It was like you know, why, what, when, you got a million and one questions racing through your head I was up at that point trying to figure out what is our next step, why us again?” Lee asked.

“Since Justice died, I had been really vocal about reaching out to parents who have lost other kids here, and I’m a part of Mom’s Demand Action.” She’s hopeful others recognize the importance of implementing the right safety measures.

Lee says Jessica will be buried in Topeka beside her brother, Justice.

Like many other cities, Topeka saw spike in homicide total in 2020

Meth arrests made in Jackson County