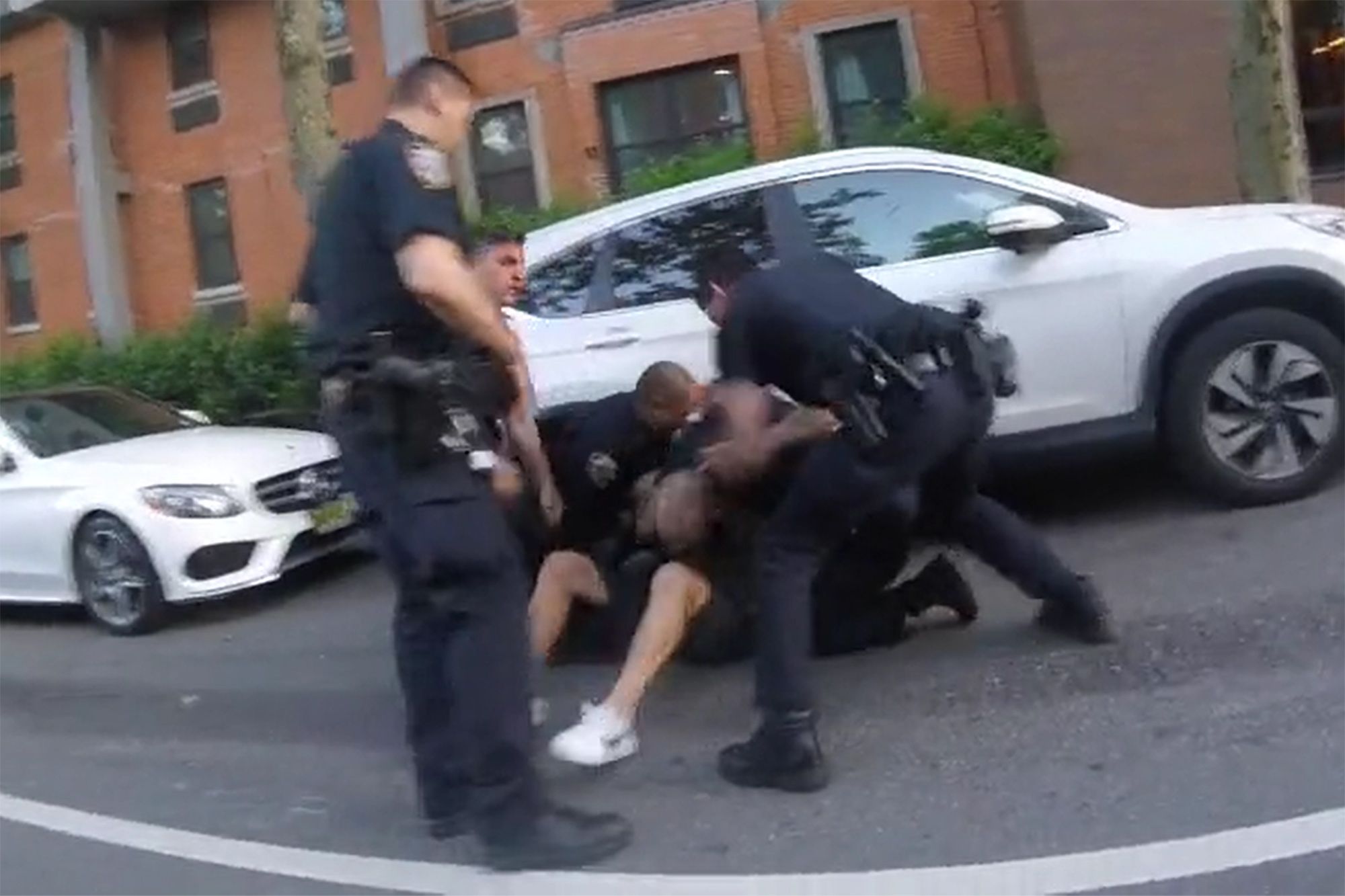 Authorities say an officer who was responding to an unrelated call on Thursday was attacked by a man who rode by on a bicycle. Investigators say the attacker tried unsuccessfully to grab the officer’s gun. A bystander helped pull the man off the officer, who was not seriously injured.