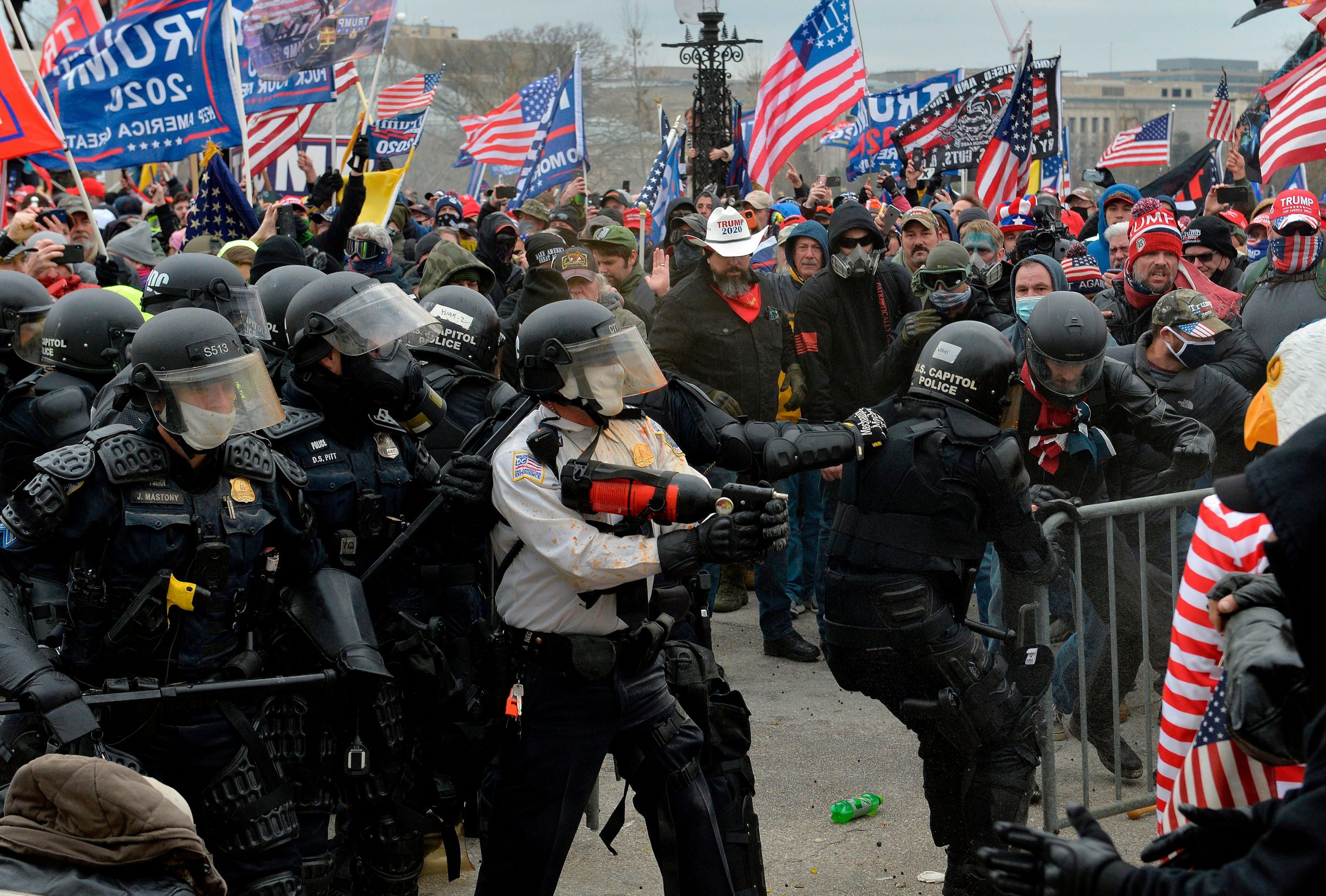 Kansas – The chaos that began with riots at the US Capitol in Washington DC has spread across the country as protesters and ‘militia’ gathered at State government buildings in Georgia, Kansas, Los Angeles, and Utah.

Georgia governor Brian Kemp and secretary of state Brad Raffensperger were reportedly evacuated from the State Capitol as ‘militia gathered’ in the wake of the Senate runoff elections.

Georgia Capitol Police escorted Georgia secretary of state Brad Raffensperger and his staff out of the building, the Atlanta Journal-Constitution reported.

It came after a “Stop the Steal” rally where a small crowd of about two dozen members of the militia, some carrying weapons, peacefully protested according to AJC.

A spokesperson for the governor, Cody Hall, is reported to have cited safety concerns, according to WSJ reporter Cameron McWhirter.

Commenting on the chaos across the country, Mr Kemp said the rule of law matters and the riots must stop.

“This is absolutely disgraceful, un-American, and must stop immediately,” he said.

Vote counting continued in the state as the two Democrats won the runoff elections to win control of the Senate.

In Utah, governor Spencer Cox and deputy Deidre Henderson sent staff home as hundreds turned out to protest the election result, according to The Salt Lake Tribune.

The outlet estimated 250 pro-Trump supporters were gathering around the Capitol as some staff were sent home, with their photographer pepper-sprayed for documenting the protest.

Dana Jones, deputy director of the Capitol Preservation Board, told the Tribune she asked building staff to work from home as a precaution on the advice of the Utah Highway Patrol and Public Safety commissioner Jess Anderson.

In downtown Los Angeles, a crowd of about 200 gathered waving American flags and chanting “do your job” at police, who called an unlawful assembly, according to the LA Times.

As police escorted one woman off the steps of City Hall, she screamed “Remember there are thousands upon thousands of patriots willing to die for our freedoms. … You need to decide which side you’re on”, the Times reported.

Los Angeles mayor Eric Garcetti said in a tweet the president must condemn the violence and stop illegally contesting the will of the people.

“This is a dark day for America,” he wrote. “The assaults on the integrity of our elections and the safety of the U.S. Capitol are wrong — defying our constitution, our core decency, and our common humanity.”

In Kansas, protesters entered the Statehouse at the same time as protesters forced their way into the US Capitol building in Washington DC.

Local news KSNT reported that protesters remained peaceful in the public rotunda area of the building.

KDA to hold hearing regarding hemp production regulations in Kansas