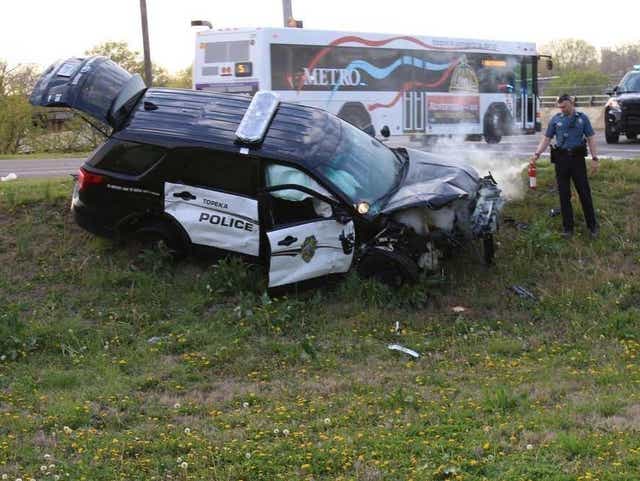 TOPEKA, Kan. – Topeka’s city government has agreed to pay $335,000 to settle a lawsuit over an April 2016 crash in which a vehicle driven by an undocumented immigrant was hit by a Topeka police SUV, which allegedly went through a red light while responding to a call with its lights and siren on.

The city paid that amount in the suit pursued by motorist Jesus Meza and his passenger and niece, Meyra Meraz Aguirre, said Molly Hadfield, the city’s media relations director.

Shawnee County District Judge Mary Christopher dismissed the suit Wednesday at the request of both sides.

The suit, filed in August 2018, sought damages on two counts of negligence and one count of reckless endangerment.

Meza and Aguirre alleged they were hurt when Topeka police officer Gary Lee Atchison III — while responding to a call for officer assistance — drove a fast-moving police SUV south through a red light at S.E. 15th and Adams and struck an eastbound vehicle in which Meza was driving and Aguirre was a front-seat passenger.