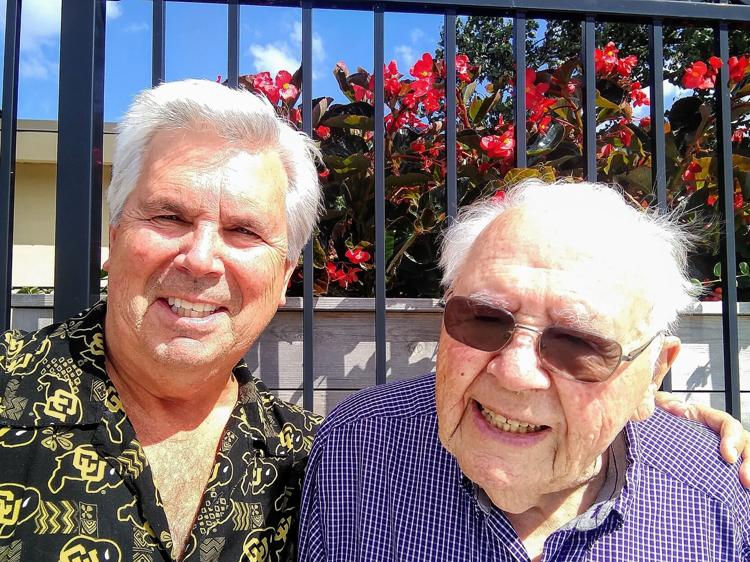 Kansas – During our childhood, you and I grew up near each other. You in Rooks County, me in Phillips County.  Though you are a year older, we may have even lined up across on the line of scrimmage across from each other during a junior-high football game.  As a preacher’s kid, I moved a few times around the state. However, both our homes were guided by teachers, coaches, uncles, aunts and parents of the Greatest Generation.

Like many of the surviving Kansans of that generation, my father is nearing 100 years old. Here in  America’s Breadbasket, like the majority of his peers, my father is dedicated to the Party of Lincoln, Teddy Roosevelt, Ike, Dole and You. His father and grandfather, like many immigrant families to Kansas, found refuge in T.R.’s commitment to the immigrant dream in America. Their commitment to the GOP never wavered.

Their families survived the “Spanish Flu” (which originated here in Kansas) and suffered through the  post-WW I farm economy crash. My grandfather lost the family farm and for the rest of his life tilled the land as a tenant raising my dad and seven other hungry children during the dust bowl Depression. Their disdain for the opposition party endures. Like many fellow farm families, they despised New Deal policies that forced farmers to burn their crops and cull their herds and flocks.  My Dad is the lone survivor of his family from that era.

His generation proudly served in the war to defeat world fascism. Dad was drafted and volunteered for the Army Air Corps. One brother was a medic in the Pacific and was slated for the invasion of Japan when Truman dropped the bombs. Another brother piloted PBY Search and Rescue planes in the Pacific, rescuing  a pilot who had been forced to bail out. Dad flew out of Italy as B-17 tail gunner, completing 24 missions before VE Day. My mom had four brothers serve the Navy in the Pacific.  All my uncles returned physically unscathed to create their version of the post-War American dream. Forever etched by the horrors of war was unflagging opposition to tyranny and faith in the core principles of American Democracy.

The blessing of the post WW II GI Bill educated an entire generation. Many were the first in their families to earn a college degree. Heck, many were the first generation to attain a high school diploma. My dad purchased some Jewell County dry land, thinking he’d farm. Then returned to his studies at Kansas Wesleyan that he had commenced before the draft. He later was called to the ministry, attended seminary in New Jersey, served a church on Staten Island, before roots and values pulled him back to Kansas. I was born nine months later.

Like so many Kansans, he was so proud of Ike! Imagine a son of Kansas leading the defeat of the Nazis. And if that wasn’t amazing enough, he was elected President of the United States: Kansas values, Kansas virtues!

Recently, I came across a home movie clip of my older sister and me visiting the Eisenhower Home and just completed Museum, while Ike was in office. My dad campaigned for Ike and was proud when our Native Son occupied the White House.  When Ike passed, Dad and Mom pulled us out of school to attend the funeral in Abilene. To this day, he loves taking his grandkids and great-grand kids to Abilene to  experience Eisenhower legacy.

In the summer of 1966, I was his helper stapling “Bob Dole for the Big 1st!” campaign signs on telephone poles along the highways in Rooks, Graham, Norton and Phillips counties. You probably saw some of those signs. Kansans from Dad’s generation loved Bob Dole. Here was a kid from Russell, who nearly lost his life in Battle of the Po, going to Washington D.C. Dole reflected our Wheat State values of finding common ground without compromising patriotism. He personified the faith that an inspired, motivated man or woman can attain their American Dream, regardless of race, religion or physical challenges.

During 60s tempest of Civil Rights and Vietnam, common sense Kansas was represented by Senators Frank Carlson and James Pearson, both with the spine to buck the party line and put the country and state first. Frank Carlson consistently voted for the Voting Rights Act and also voted for Thurgood Marshall to the Supreme Court. After the Kent State massacre, Senator Pearson stood up to the administration opposing the bombings of Cambodia and Laos. Both bucked the Party line!

As many of his generation, Dad’s service to Kansans and their communities continued well into his 90s. In fact, he filed taxes with a W-2 until he was 94, employed as a pastoral-care associate. Daily he still reaches out to former friends and church members on their birthdays and anniversaries. He says it keeps him motivated, providing a since of purpose.

My Father and you have encountered each other at the funerals of dedicated Kansas Republicans from the Greatest Generation. You occasionally bump into each other at your local Manhattan barber shop. Like many of his generation, my father imagines that you epitomize the common-sense values of your Kansas predecessors. He thinks you’re pretty swell. Senator Moran. I believe that when he reflects on his Republican Party, he envisions you and your long line of reasonable, practical, patriotic predecessors. Not disciples of nihilistic demagoguery.

In 2014 you walked along the sacred beaches of Normandy, pondered the courage of those who scaled those sand cliffs. You paid reverence to those courageous defenders of liberty whose bodies remain in France. Their ultimate sacrifice preserved our free elections and protected our democracy from fascist, authoritarian tyranny.

Did those sons of America dedicate their ultimate sacrifice to allow a lying, tyranny-inciting president to go unpunished and allowed to run for public office again?

In his inaugural address, our third Republican president, Rutherford B Hayes observed: “He serves his party best who serves his country best.”  Your predecessors exemplified this by serving Kansans best.

Previous senior Senators have bestowed upon you a Kansas Republican legacy of pragmatism, patriotism, courage and good ol’ Kansas horse-sense. However, by heeding the calls of that seditious siren on the Orange Coast, you strayed off the pathway established by “country before party” mentors here in the Wheat State.

Perhaps you have found your fig leaf, but it will fade. Perhaps sooner than you think, as your next election is but two years away. Or perhaps, you believe there won’t be enough of the Greatest Generation left to vote.

Regardless, as a son of Kansas’ Greatest Generation, you sold them out!

Bill Self Reveals If He Ever Considered Stepping Down At Kansas