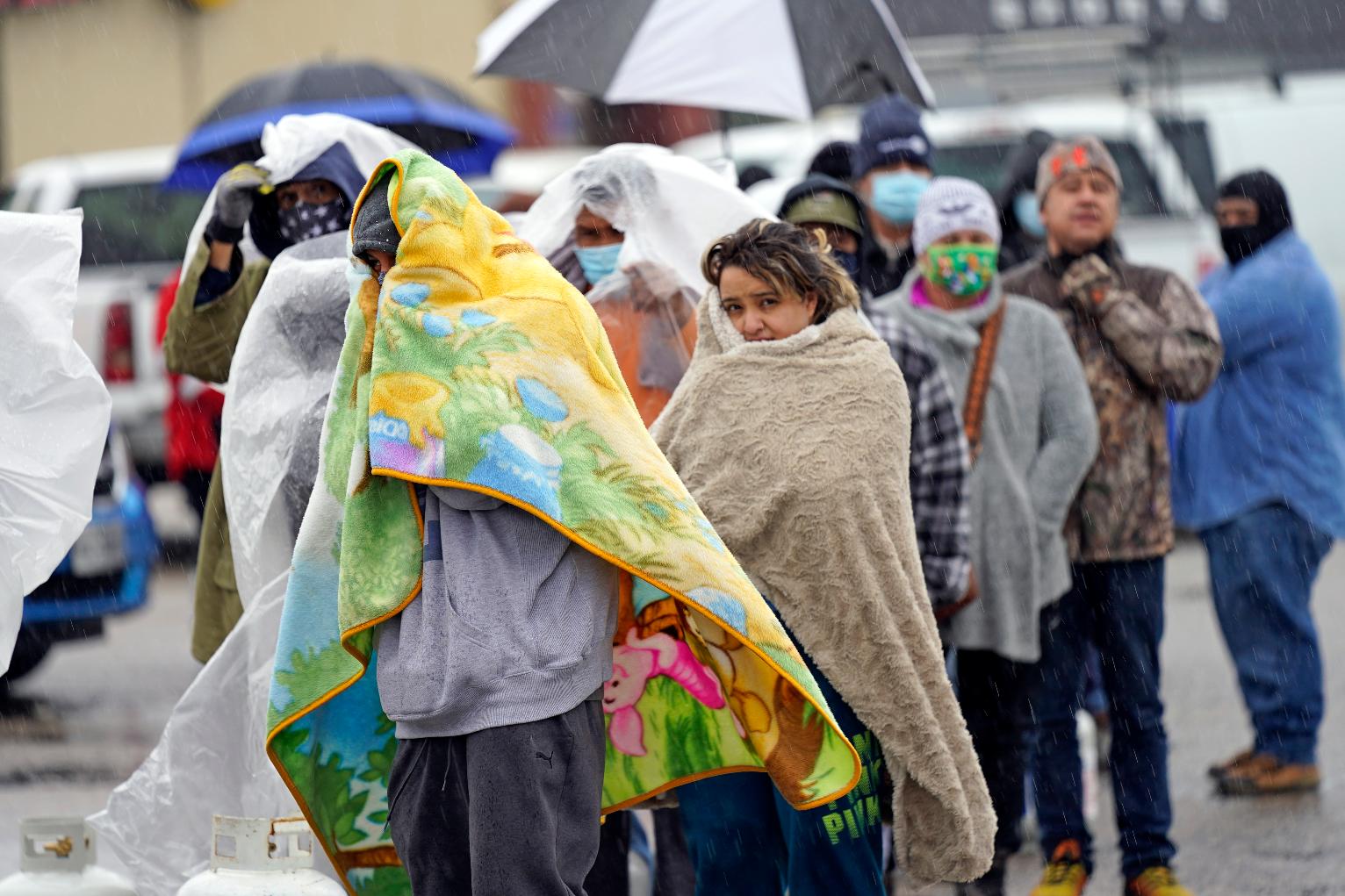 Kansas – Power outages in Texas dropped below 1 million on Thursday morning for the first time in four days, but many people remained without electricity or safe drinking water after winter storms wreaked havoc on the state’s power grid and utilities.

During a news conference Wednesday, Andrew French, Chairman of the Kansas Corporation Commission said energy usage in the region was lower than forecast. “That tells me our conservation measures by businesses and residents in Kansas are making a difference,” he said.

“Conservation has been really important to keep the lights on for everyone and for keeping natural gas flowing.”  He offered thanks for the effort and asked the public to continue conservation measures.

French said the Southwest Power Pool had notified him Wednesday afternoon that the region remained in their emergency operation. However, the organization had dropped their alert level to an EA-1. “This is two notches below where they were calling for coordinated blackouts.” Those blackouts occurred midday on Monday and Tuesday morning in portions of Kansas.

“Our hope is that we can get through the next day or so, get into warmer temperatures to relieve the strain on the energy system,” he said.

In Little Rock, Arkansas, 15 inches of snow was on the ground Thursday after back-to-back storms, tying a record for snow depth set in 1918, the National Weather Service said.

This week’s extreme weather has been blamed for the deaths of more than 30 people, some of whom perished while struggling to keep warm inside their homes. In the Houston area, one family succumbed to carbon monoxide from car exhaust in their garage. A grandmother and three children died when flames escaped the fireplace they were using to keep warm.

In Texas, about 560,000 homes and businesses were still without electricity Thursday morning, down from about 3 million the day before. But Texas’ grid manager, under fire for its response to the winter storm, has warned that the outages could fluctuate during hours of peak energy demand.

Adding to the misery, the snowy weather has jeopardized drinking water systems throughout the state.

Texas officials ordered 7 million people — a quarter of the population of the nation’s second-largest state — to boil tap water before drinking it following days of record low temperatures that damaged infrastructure and froze pipes.

In Austin, some hospitals faced a loss in water pressure and in some cases, heat.

“Because this is a state-wide emergency situation that is also impacting other hospitals within the Austin area, no one hospital currently has the capacity to accept transport of a large number of patients,” St. David’s South Austin Medical Center CEO David Huffstutler said in a statement.

Water pressure has fallen across the state because lines have frozen, and many residents are leaving faucets dripping in hopes of preventing pipes from freezing, said Toby Baker, executive director of the Texas Commission on Environmental Quality.

Texas Gov. Greg Abbott urged residents to shut off water to their homes, if possible, to prevent more busted pipes and preserve pressure in municipal systems.

Weather-related outages have been particularly stubborn in Oregon, where some customers have been without power for almost a week. A Portland supermarket without power threw perishable food into dumpsters, leading to a clash between scavengers and police.

The damage to the power system was the worst in 40 years, said Maria Pope, CEO of Portland General Electric. At the peak of the storm, more than 350,000 customers in the Portland area were in the dark. More than 100,000 customers remained without power Thursday in Oregon.

“These are the most dangerous conditions we’ve ever seen in the history of PGE,” said Dale Goodman, director of utility operations, who declined to predict when all customers would have power restored.

Utilities from Minnesota to Texas have implemented rolling blackouts to ease the burden on strained power grids. The Southwest Power Pool, a group of utilities covering 14 states, said the blackouts were “a last resort to preserve the reliability of the electric system as a whole.”

The weather also disrupted water systems in several Southern cities, including in New Orleans and Shreveport, Louisiana, where city fire trucks delivered water to several hospitals, and bottled water was being brought in for patients and staff, Shreveport television station KSLA reported.

Power was cut to a New Orleans facility that pumps drinking water from the Mississippi River. A spokeswoman for the Sewerage and Water Board said on-site generators were used until electricity was restored.

In the southwest Louisiana city of Lake Charles, Mayor Nic Hunter said Wednesday that water reserves remained low and local hospitals were faced with the possibility they might have to transfer patients to other areas.

Kansas K-12 schools, public and private, lost 16K students this year. Where did they go?