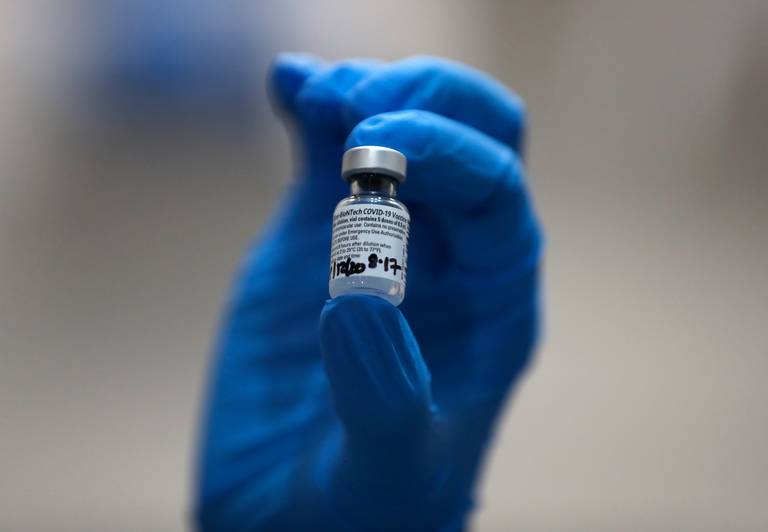 Kansas — Kansas could finish giving COVID-19 vaccines to long-term care residents and health care workers by the end of this month and is preparing to release more details Thursday on who is next amid concerns that the process is moving too slowly.

A draft circulating shows the next phase likely will include those living in group settings such as prisons, as well as critical workers including firefighters, law enforcement officers, meatpacking employees, grocery store workers, teachers and child-care workers. Those 75 and older also may be included.

The third phase is expected to include people 65 and older, those with severe underlying health risks, and workers in critical industries such as information technology, aviation, transportation and government. People with less severe health problems will likely fall into the fourth phase. The fifth group will include everyone else.

The Centers for Disease Control and Prevention reported Monday that Kansas had administered 20,110 vaccine shots, or 690 for every 100,000 residents, making it the only state to inoculate fewer than 700 residents out of every 100,000.

Gov. Laura Kelly, who is scheduled to present the final plan at 4 p.m., has defended the vaccine rollout. She blamed the numbers on data entry issues, not slow inoculations, but some health officials have raised concerns about the process.

One issue arose in counties that had unused doses left after inoculating all the health care workers and long-term care residents who wanted to be vaccinated. Those counties were supposed to shift spare doses to counties in need of more. But the process is paperwork heavy, and some counties just went ahead and vaccinated people in lower priority groups, said Dennis Kriesel, the executive director of the Kansas Association of Local Health Departments.

He said the state also should have moved quicker to explain the phases of the rollout, noting that people are desperate for information. He got one call from a woman in her 70s with lymphoma who wanted details because she hadn’t been able to see her grandchildren in a year.

“We didn’t need the vaccines to be ready to set our priorities,” he said. “We could have set the priorities months before that. Unfortunately, it made us look like we didn’t know what we were doing with the public, and it would have been better to have known the phases at the end of December.”

Sedgwick County health director Adrienne Byrne said she has been getting emails from people who have chronic illnesses and have hardly left left their homes since March.

“There are a lot of people who are very anxious about getting the vaccine and that is our goal — as soon as we get the green light to go on to the second phase we will be on it,” she said.

She said the county already had administered about half of the 10,400 doses it had received and noted that the process is getting faster. A massive clinic has been set up at an arena, with staff capable of vaccinating 50 people every 15 minutes.

She acknowledged that some are fearful and want to wait a few months before getting vaccinated, but many are overjoyed.

“Some of them are crying with relief,” she said. “I heard one gentlemen say to the person who gave him the vaccine: ‘You may have just helped save my life.’”