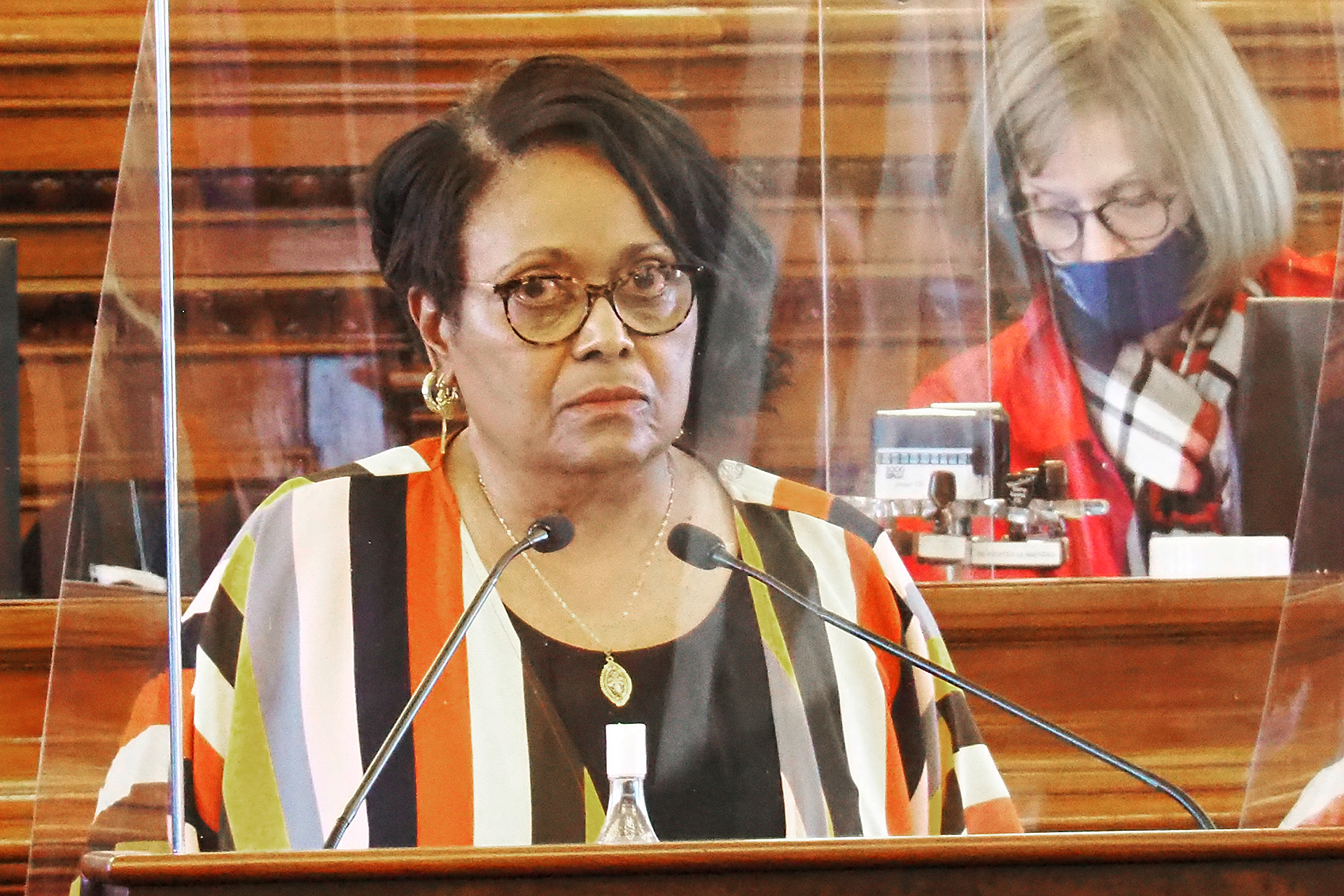 TOPEKA, Kan. — An attempt to pass a “Frankenstein” education bill failed in the Senate late Thursday when Republicans realized they would need their disgraced majority leader to drive back from Wichita in the middle of the night to cast the decisive vote.

The rare stumble for Republicans capped a day in which they passed or forged deals on legislation to ban transgender girls and women from school sports, allow teenagers to carry concealed guns, install NRA-backed school curriculum, and require students to pass a civics exam before they graduate.

Still, new details of Senate Majority Leader Gene Suellentrop’s late-night drunken escapade in mid-March dominated talk about Kansas politics for much of the day, leading to a tense delay as the Senate struggled to find a 21st vote in support of the education bill.

The bill would funnel an uncertain amount of cash from public to private schools, with estimates ranging from $23 million to more than $200 million, through two programs ostensibly aimed at helping low-income and at-risk students. Nearly half the 470,000 students in K-12 public schools in Kansas would qualify for a tax-deductible scholarship or the chance to sweep their allotment of base aid into an education savings account.

Sen. Rene Erickson, a Republican and retired educator from Wichita, said the bill would give a voice to children who are being ignored in Kansas.

After a preliminary vote count fell shy of the majority needed from the 40-member body, Sen. Richard Hilderbrand, a Republican from Galena, forced a procedural move that places the chamber under lockdown until every member casts a vote. Two members were absent, including Suellentrop, with the vote stalled at 20-18 and the clock nearing 11 p.m.

Suellentrop had the left the Capitol midday after court documents were unsealed regarding his March 16 arrest. A Kansas Highway Patrol officer reported Suellentrop nearly collided head-on with multiple vehicles while driving the wrong way on Interstate 70 through downtown Topeka, had a blood alcohol level of 0.17, referred to the officer as “donut boy” and threatened to fight while his blood was drawn.

Senate President Ty Masterson, R-Andover, said the lawmakers would need to wait 2.5 hours for Suellentrop to return from Wichita. The chamber escaped the drama when Sen. Dennis Pyle, a Hiawatha Republican who had called on Suellentrop to resign, changed his vote from “yes” to “no.” Pyle explained he didn’t want to force the late-night drive and proposed the chamber reconsider the education bill after reconvening Friday morning.

Earlier Thursday, the House narrowly approved the education bill on a 64-59 vote. The margins in both chambers indicate the governor could safely veto the package without fear of an override.

Republicans inserted into the bill full funding of public schools for the next two years, in line with a Kansas Supreme Court order, but removed a 20-mill property tax to provide a large chunk of the funding. Gov. Laura Kelly hasn’t indicated whether she would sign the bill, but the financial maneuvering is widely viewed as attempted leverage against her inevitable veto.

“This bill is a thinly veiled disguise of what is actually a Frankenstein bill, forcing through a wish list of anti-public education policy and vouchers,” said House Minority Leader Tom Sawyer, D-Wichita. “The bill is not a sustainable plan and will ultimately defund K-12 education, forcing us back into the courts.”

Under the bill, a massive expansion of an existing tax credit would open the door for any student who receives free or reduced-price meals to get a scholarship to attend an accredited private school. The program is capped at a $10 million annual cost to state tax collections, raising concerns about how private schools would choose from among 200,000 newly eligible students.

The separate program that creates education savings accounts would be available to any student who is considered to be “at risk.” The designation applies to students who are falling behind in classwork, perform poorly on assessment tests, miss too many days of school, are homeless, or have social emotional needs.

Rep. Valdenia Winn, D-Kansas City, said estimates vary for the amount of students who could take advantage of the programs because it isn’t clear how many parents would want to move their kids out of public schools, or what the capacity would be for private schools to accept more kids. At the high end, she said, if 10% of eligible students sign up for one of the programs, they will divert $218 million from public to private schools.

Winn said she proposed a “baby step” of asking private schools to post a statement on their website saying they will not discriminate based on race, creed, national origin or gender identity. Her proposed amendment, she said, “went down in flames.”

“This is going to ruffle some feathers. I have the courage enough, and today is the day. This bill allows schools to discriminate,” Winn said.

Rep. Patrick Penn, R-Wichita, asked lawmakers to let him “disabuse you” of the accusations of racism, discrimination and inequality surrounding the bill.

Aside from the anti-abortion amendment to the state constitution that passed early in the session, Penn said, “this educational proposal is the single most life preserving, identity affirming, opportunity granting, wealth building and voter satisfying legislation to be considered by this assembly this year, perhaps even this decade.”

“Now me, I’m a product of public schools, not private schools,” Penn said. “I actually had free lunch. It wasn’t free — thank you all for helping me out with that. But because somebody gave me a choice, I was able to change and choose a better route for life. Why should or why would you or I deny that same opportunity to another Black youth?”