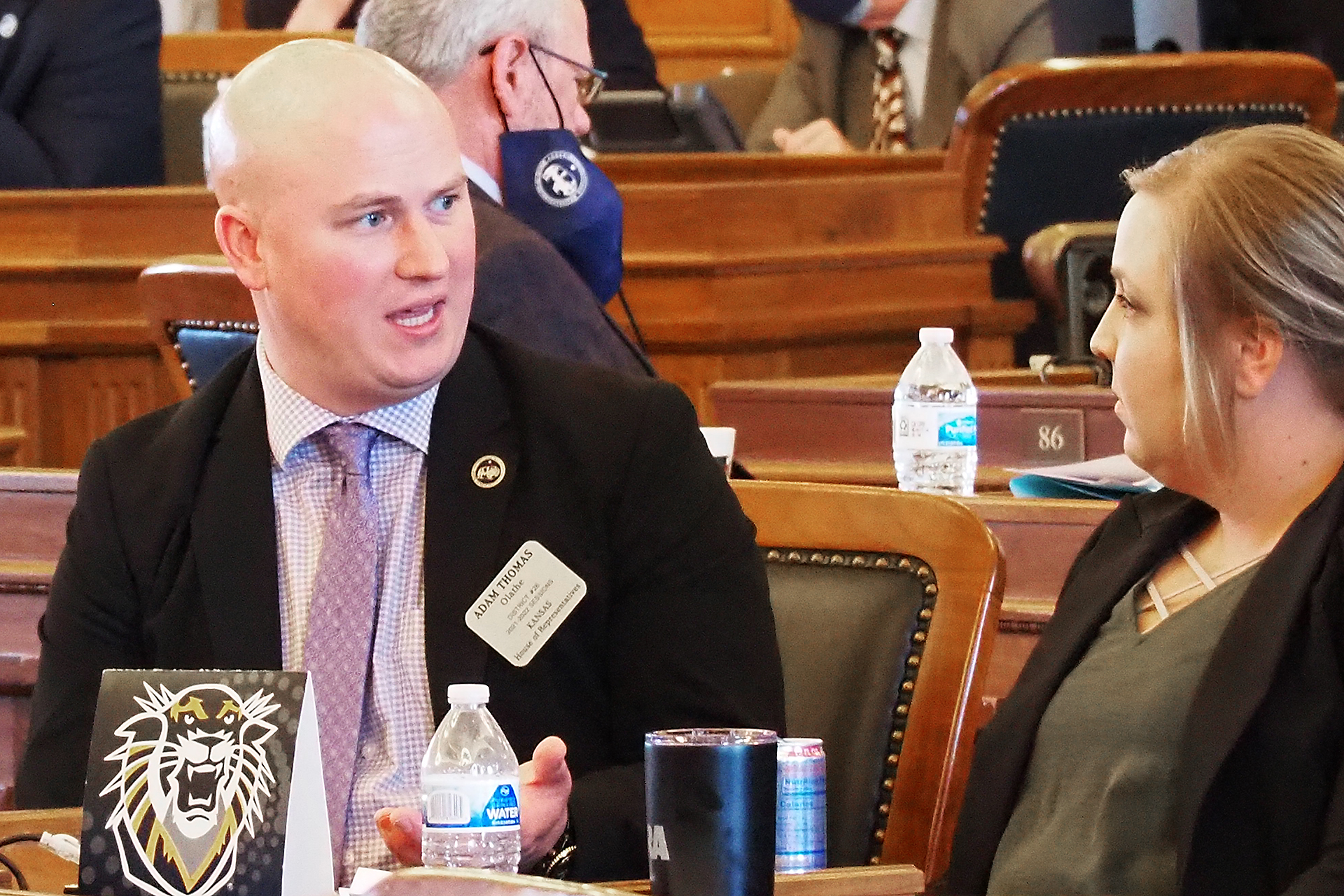 TOPEKA, Kan. — Kansas students would have to pass a civics test and a financial literacy course to graduate as soon as 2024 under a bill finalized Thursday by House and Senate legislators.

House Bill 2039 would require students enrolled in an accredited state high school to pass a civics test composed of 60 total questions from the naturalization test administered by U.S. Citizenship and Immigration Services. The test must be administered in the upcoming school year but will not be a graduation requirement until the 2022-23 school year.

An amendment added in by the Senate and then further amended during negotiations between the education committees from both chambers requires a financial literacy course be taught to grades 10 through 12. The course must be implemented in 2022, but would not be a graduation requirement until the 2024-25 school year.

Opponents argue these topics are already taught and the graduation requirements intrude on the State Board of Education’s constitutional authority over curriculum. Republican legislators on the bicameral panel felt confident the bill would hold up and said that loosened implementation requirements would provide school boards ample time to follow through.

“I have every bit of confidence that this will be handled, and I have confidence that our Board of Education will come up with great curriculum,” said Adam Thomas, R-Olathe. “The good news is with this balloon amendment they now have more time to do so.”

Although both the Senate and House Democrats agreed delayed implementation improved the bill, neither felt they could support the underlying bill. Both chambers adopted a motion to agree to disagree, meaning only two of three members from each chamber on the conference committee must agree to the final bill.

Both chambers must still take a final vote on the measure.

Rep. Jerry Stogsdill, D-Prairie Village, questioned the constitutionality of the requirements in the bill. He also expressed concern that the financial literacy course would cost students the opportunity to take another class they are interested in.

“I’ve talked to a lot of board members in my district and so on who have concerns about this,” he said. “They also have concerns around the state as to whether or not we can find qualified teachers, especially in the area of financial issues.”

Rep. Steve Huebert, a Valley Center Republican, and chairman of the House Education Committee, said the civics requirements were already in statute and, therefore, would still be constitutional.

Huebert, who filed and championed the civics test legislation, said this was a step in the right direction for education.

“I don’t believe we’re stepping on their toes. We’re working together with checks and balances in place to allow us to do what’s best for our kids,” Huebert said. “For the numerous people I’ve heard from, on both civics and financial literacy, these are topics that parents and kids care about.”

The bill would require the financial literacy course cover saving and investing, credit and debt, financial responsibility and insurance.

Senate Minority Leader Dinah Sykes, D-Lenexa joined Stogsdill in choosing not to sign off on the revised bill. She said while the language had improved, the underlying issues remained.

“While I actually appreciate all of these requirements, I do believe it belongs to our State Board of Education and not the legislature,” Sykes said.