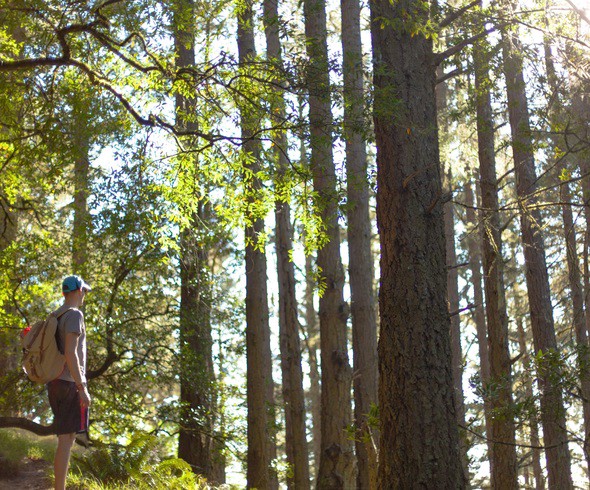 Kansas – Joyce and I don’t normally hunt for trophy deer; we’re happy with a nice buck or a plump doe that puts good meat in the freezer. Last year we each shot deer and still have plenty of meat in our freezer, so this year I decided to wait for a big buck. The first morning of rifle season, I watched a bruiser buck walk past our blind in the early morning shadows before legal shooting time. Then another big buck came along with a group of does and fawns and was so entertaining I decided to let him go too, thinking “Certainly I’ll see them both again before season is done. I never saw either of them again; … that’s what I get for thinkin’!

The last Saturday morning of deer rifle season, I watched the usual group of does begin their trek toward our blind, followed by a dandy buck. “He’ll certainly follow his harem,” I surmised. He disappeared like a ghost never to be seen again; … that’s what I get for thinkin’.

I should have known better. It seems my record for being correct on important decisions is subpar lately; it all seems to have begun with my choices to win the TV show “The Voice.” We followed The Voice off-and-on this season, then tuned-in to see who won. Five contestants were in the finale; I chose the three I knew absolutely, unequivocally, would rank first, second and third. My choices ranked third, fourth and dead last…that’s what I get for thinkin’.

When I’m setting coyote traps, I watch the weather very closely for precipitation. Rain is bad because it makes a muddy mess of things, rendering the traps which are covered with a half inch or so of dirt, ineffective. Then if it freezes after the rain, the dirt over the traps becomes a frozen muddy mess, making the traps completely inoperable. On top of it all, it becomes impossible to drive over crop fields to get to the traps. Snow on the other hand is OK in small amounts as long as the weather stays cold enough so as not to melt the snow, which again would make for a muddy mess. When I set traps last week, the weather prediction was for a small amount of snow 2 days later, about a 60% chance. Now, all summer long, a 60% chance of precipitation had usually gotten us no precipitation at all, so “I’m good-to-go,” I thought. We got about an inch of snow, which promptly melted the next day, freezing all the traps in place and causing me a boat-load of extra work… that’s what I get for thinkin.’

I have a love-hate relationship with the local squirrels; they’re fun to watch as they chase each other around-and-around the two oak trees in our front lawn, but when they riddle my lawn with holes, dug to bury their “prizes,” I take it personally. This fall, I built one of those squirrel feeders that employs a one-gallon glass jar to hold the corn, peanuts etc. “This will be fun to watch the little beggars crawl around and sit in the jar like in all the pictures,” I thought. Our squirrels lean in about half-way, pull entire ears of corn out of the jar, and about anything else they can do to keep from crawling into the jar like “in all the pictures” …once again, that’s what I get for thinkin.’

It seems the phrase “that’s what I get for thinkin’” completely sums up the year 2020. I don’t think I could have done much personally to make 2020 any better, and I’m not sure what I can do to make 2021 any better either, but I just know I’m not gonna’ stop thinkin’.” Continue to Explore Kansas Outdoors!

Deaths raise concern for those Kansas Citians who are struggling

Kansas man arrested on suspicion of indecent solicitation of a child