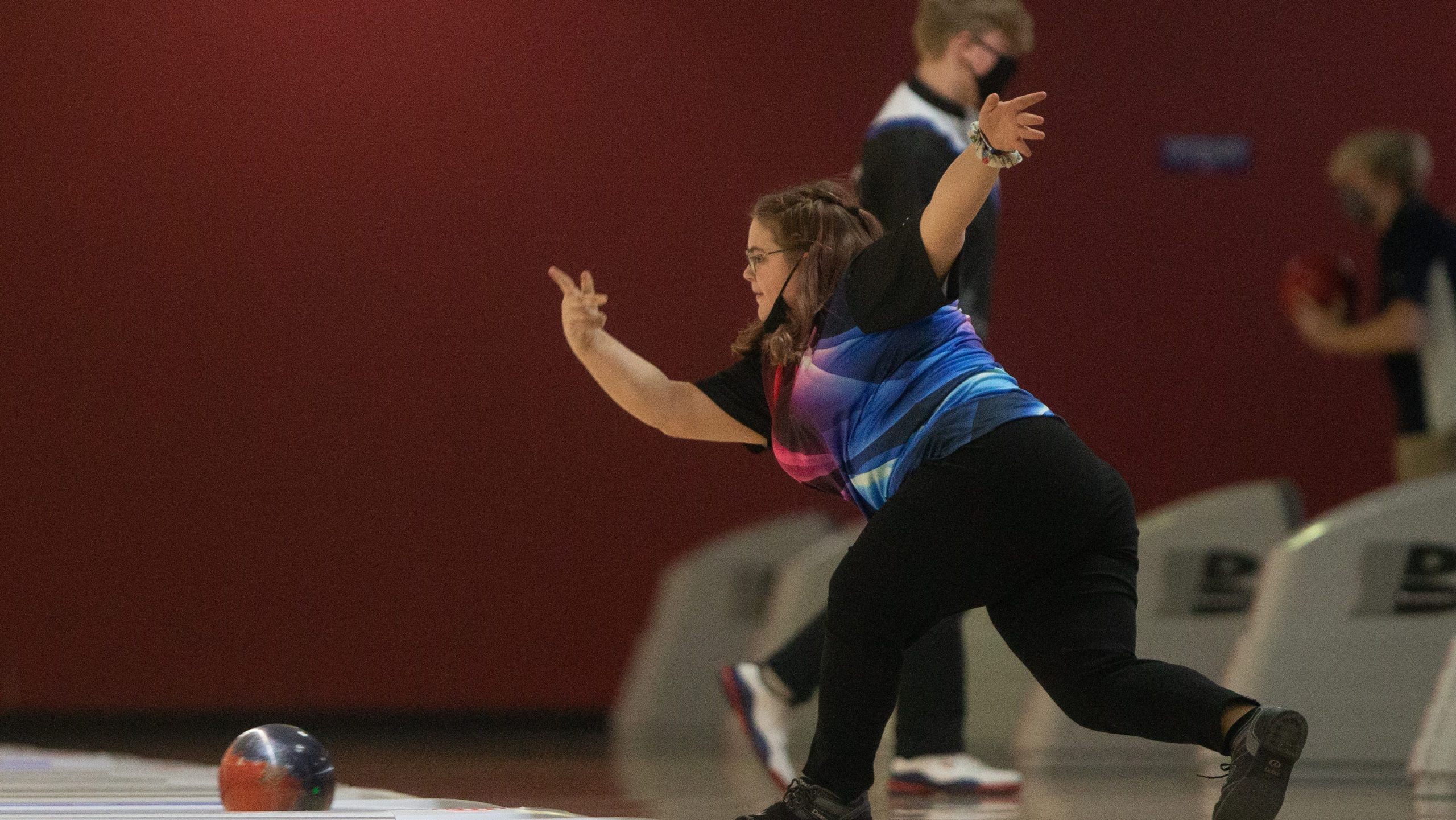 TOPEKA, Kan. – To a man, there was no other way to put it. Seaman’s boys were simply stunned.

Occupying the center lanes at West Ridge Lanes designated for the top-seed at Wednesday’s Centennial League bowling meet, the Vikings went out in the first game and promptly laid an egg. A Seaman team that routinely has four, five and sometimes six scores in any given game over 200, the Vikings didn’t get a single one in their opening game.

“It was a rough start,” Seaman’s Ethan Burns said. “We just used that as motivation. We knew we had to do better than that.”

Starting off in a huge hole to Washburn Rural, which came out hot and topped the Vikings by a whopping 167 pins to start the meet, Seaman not only bounced back, but did so in big fashion. Five Vikings topped 200 in each of the last two games to help Seaman cut its deficit to 48 pins entering the Baker format of the meet, and then the Vikings’ depth kicked in.

“Baker really helped us come back, especially from that first game,” Burns said. “We kind of had a little group meeting after that first game while Bob (Benoit, Seaman’s coach) was writing the scores down. We just talked it over and regrouped from that.”

Seaman’s total from the morning session of the league meet, which included Rural, Hayden, Topeka High and Highland Park, held up through the afternoon session, as well, which included Topeka West, Manhattan and Junction City. But the Vikings will have to wait until Friday to see if they can celebrate a league title with Emporia missing Wednesday’s action.

With Emporia schools canceled on Wednesday, the Spartans weren’t allowed to travel to Topeka. Instead, they will compete on Friday in conjunction with the JV League meet.

Likewise, Seaman’s girls will have to wait to officially be crowned league champions, as well. But the Vikings made it tough on their challengers, posting a team total of 3,079 to finish 110 pins ahead of Rural.

Price was locked in herself, posting the high girls series of the day with a 658. Breaking out a new ball for the league meet, she quickly found the groove with it, putting together a 235 first game.

As good as that game was, Rural’s Hannah Casto was even better at the start, rolling a 248 that featured six straight strikes. But Casto dipped to a 171 in the second game, while Price stayed hot with a 226 series to take a 42-pin lead into the final game.

It was just enough. Price put up a 197 in the final game, while Casto came back strong with a 231 final game to close the final gap to a mere eight pins, with Casto finishing at 650.

“Hannah’s really good and one of my top competitions and I’m glad she did well,” Price said. “I just told myself to focus on what I needed to do. I got everything out of my head and did what I had to do. I found a good pocket out there today, especially with my new ball.”

Seaman’s girls took an 87-pin lead into the Baker format and never gave Rural an opening for a comeback, opening with a 197 before games of 202 and 226 locked it up.

Makenzie Millard added 590 and Kaitlyn Evans had a 526. Rural backed Casto with a 534 from Amaya Buchanan and 505 from Katilyn Doyal. Topeka West’s Brenna Rutschmann added a 496. Their final places will be determined Friday.

While Seaman’s girls were solid from start to finish, the Viking boys had trouble finding their marks in the middle lanes. Burns’ 199 led the Vikings in the opening game and only DJ Birkenbaugh was over 190, with a 196.

Rural, meanwhile, was on fire a few lanes over. Four Junior Blues turned in games of 200 or better, with Jacob Morgan and Matthew Hartter each rolling 246s.

After their heart-to-heart team meeting, Seaman returned to form the rest of the way. Five Vikings went 200 or better in the second game, led by a 227 from Burns and 226 from Zander White. The Vikings did it again in the third game with Burns’ 231 and 221s from Trenton Turkin and Birkenbaugh leading the way.

Rural cooled after its torrid start, getting only four more games of 200 or better. By the time the Baker format started, the lead was down to 48.

Seaman’s biggest strength is its depth and it showed in the Baker. The Vikings topped 200 in all four Baker games (222, 223, 205, 216) with Burns finishing things off with three straight strikes in the final frame of the last game.

Burns’ 660 series was tops in the morning session, just edging Hayden’s Aaron Thomas, who was just three pins back with a 657. Thomas began his day with a season-high 266 and followed with games of 177 and 214.

“It felt pretty good actually, ” Thomas said. “I got a little anxious at the end of the first game and then wasn’t my best in the second but had a good third game.”

The scores didn’t hold up in the afternoon session, however.

Manhattan’s Kyle Millett knew very little about what had happened in the morning session when he arrived.

“I heard there were a couple big scores, but had no idea what I needed to beat,” MIllett said.

But he figured it had to be high. Then he went out and turned in his best series of the season. Millett opened with a 226 and then followed with a big 267 and finished with a 213 to post his first 700 series of the prep season with a 706.

“It was a little different for sure, pretty quiet,” Millett said. “It was just me and the lane and I just went out and executed some good shots. I felt pretty good when I got here. Threw a couple practice balls and found my line.”

Now he just has to wait to see if it will hold up on Friday.

“It’s kind of strange,” he said. “We bowled against Emporia at home and they’ve got a couple good bowlers who’ve shot over 700 this season. So it’s just kind of a wait game and hope for the best.”

Junction City’s Torrey Lindsay posted a 673 to finish Wednesday in second. Seaman also got a 632 from Birkenbaugh and 611 from White, while Rural had a 658 from Morgan and 619 from Josh Hammons and Topeka High’s Alec Granger had a 609.