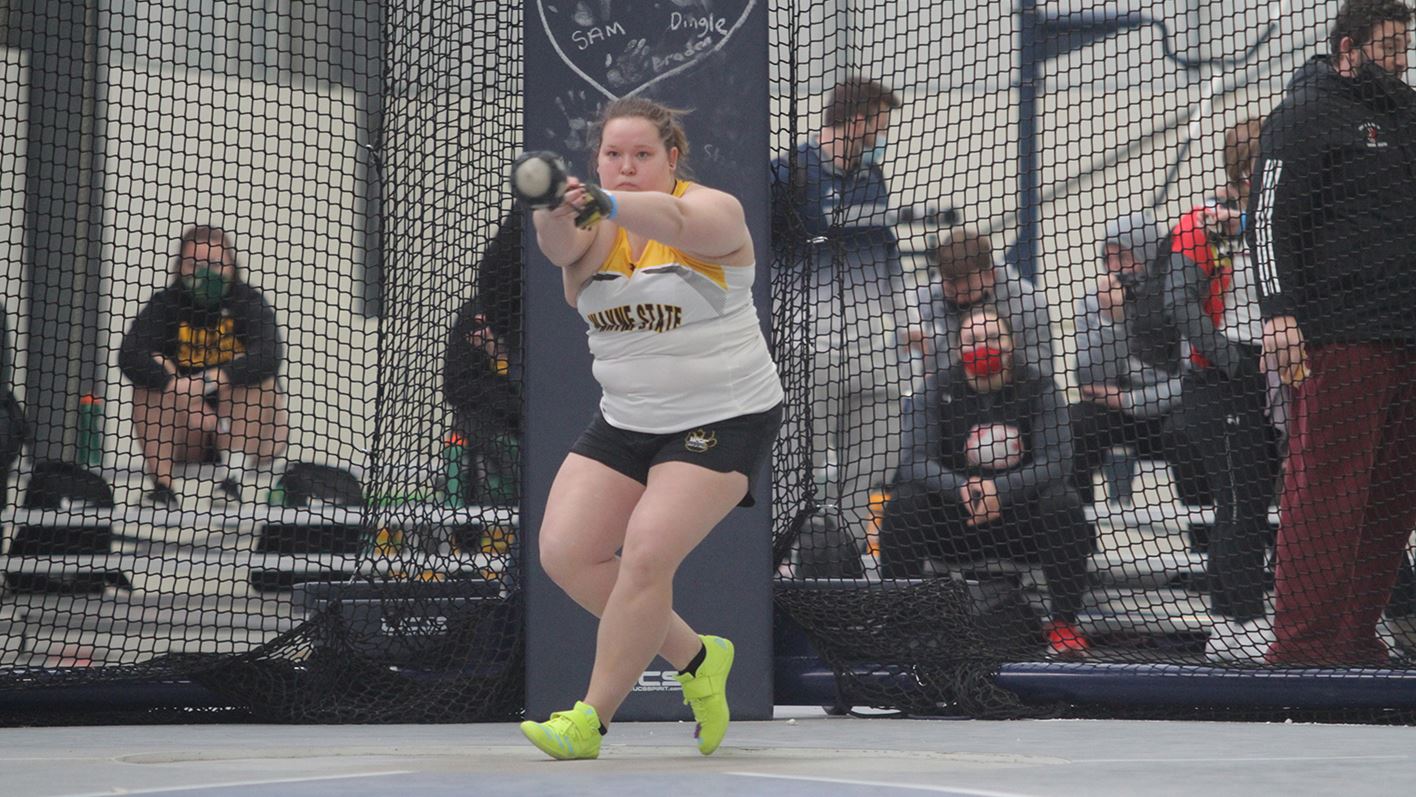 TOPEKA, Kan. – A handful of competitors took part in the Washburn Invite this past weekend for the Wayne State College women’s and men’s track & field team.

The invitational was held in Topeka, Kansas and the event, hosted by Washburn University, drew over 70 NCAA Division II schools and attracted over 800 competitors at the new Washburn Indoor Athletic Facility.

Mckenzie Scheil unleashed the top mark in the weight throw in NCAA Division II this season on Saturday afternoon to win the event while also taking sixth in the shot put (42’ 11 ¾”). Scheil captured first place in the weight throw with an NCAA automatic qualifying mark of 65’ 2 ¼”.

Scheil was also announced as the Northern Sun Conference Women’s Indoor Field Athlete of the Week by the league office in Burnsville, Minnesota.

Jadin Wagner posted an NCAA provisional mark in the weight throw placing third at 58’ 8 ¾” while Nicole Heeren gathered an eighth-place finish with a mark of 52’ 9 ¼”.

Jordyn Pester also had a strong finish in the 400-meter dash taking third in 59.17 seconds.

Cade Kalkowski and Cole Christoffersen posted the top finishes for the Wildcat men’s indoor track & field team this past Saturday.

Kalkowski was the top collegiate thrower and placed second overall in a field of 36 throwers with a mark of 65′ 11 3/4″ while Christoffersen posted a strong fifth place finish with a mark of 60′ 1 1/4″.

Kalkowski was also listed among the top field performers of the week and ranks four in NCAA Division II in the weight throw.

Wayne State’s other top finish came from Mikhail Sands in the long jump, placing sixth at 22′ 6 1/2″.