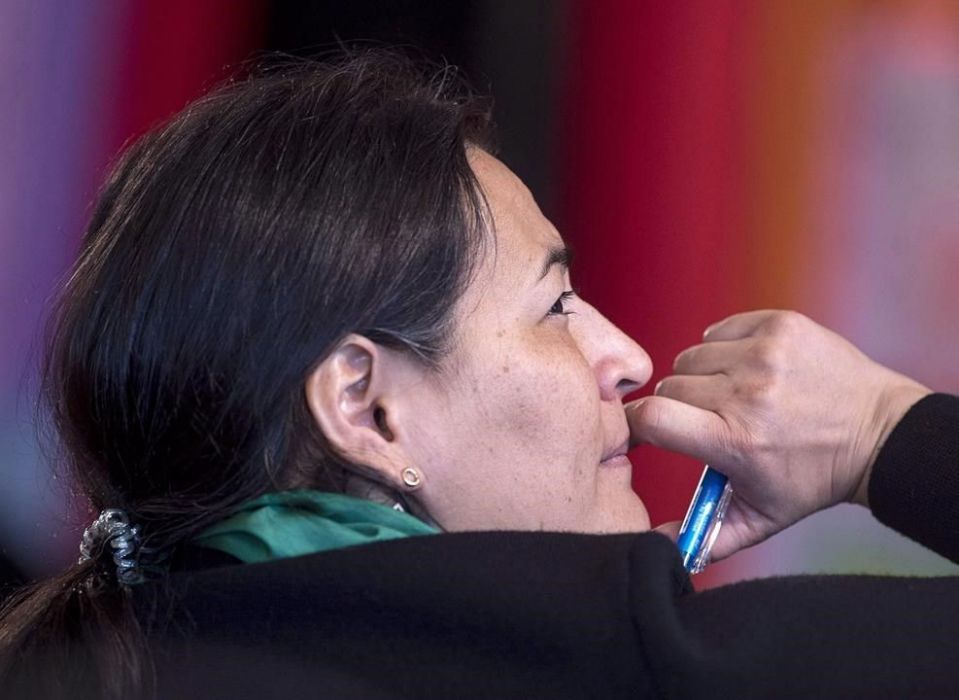 Kansas – Heidi Beal believes that more transparency in the foster care system would mean her nephews would be living with her right now.

Instead, the boys are set to be adopted by their foster parent, with Beal and her family rebuffed by the Department of Children and Families, as well as Saint Francis Ministries, one of four private contractors hired by the state as foster care providers.

She chalks that up to a system that did not want to hear her complaints and appeals.

When she asked Saint Francis for simple information related to the case earlier this year, she was told she was no longer party to the proceedings and could not be looped in — even though she is a family member.

“Nobody cared,” Beal, a Marion County native, said in an interview. “They said ‘Oh, you’re just bitter. You’re just making that stuff up.'”

After being removed from the custody of the boys’ mother, Beal’s husband’s second cousin, the children were eventually moved to stay with a woman who Beal said was clearly abusing them.

Despite repeatedly bringing evidence of the abuse to the attention of DCF and Saint Francis, she says her calls for help went unanswered.

“One of the DCF investigators told another family member ‘If you people would stop calling me then I could investigate real child abuse,'” Beal said.

Eventually, the boys, Malachi and Paxton, were removed from that setup — but Beal was not informed and not initially given a chance to bring them into her home.

Repeated calls for information eventually produced a deal where she and her husband would adopt the boys but Saint Francis reversed course and moved forward with allowing the children to instead be adopted by their foster.

An outside entity to support her family and investigate the case would have a major boost, she believes.

The legislature is aiming to create such an option, as lawmakers consider legislation favored by activists which would create an Office of the Child Advocate, mirroring other states in providing an independent, investigatory body that could review complaints from families and report on them.

“If we would have had a child advocacy office this time last year, I think I would have those boys,” Beal said.

Rep. Susan Concannon, R-Beloit, said she wanted to be clear that the program would not address all the concerns brought forth by Beal and other families.

But she said it would go a long way to centering the needs of children in the foster care system. The new office would examine individual cases, ensure that other state agencies are doing their part for foster youth and also issue larger reports on the overall state of the system.

It could also probe areas ranging from a lack of mental health services to gaps in support for youth who age out of the foster care system, both areas which policymakers believe need attention.

A line of families with stories similar to Beal has lined up in support of the legislation, arguing it would mean someone who can help expose shortcomings in the current system.

Concannon said that the holes families have exposed underscore the need for the legislation, which she did not support when it was first examined two years ago.

“Now that I’ve been working with this, there are gaps,” she said. “We are failing these kids. The system is broken.”

It took over a week for Randy Buell to be notified that his daughter was missing after she was turned over from DCF to KVC, another one of the state’s foster care providers.

He says he has succeeded in standing up to the foster care system, even though he has been investigated by authorities over a half dozen times, but noted that not all families are able to do so.

“I’m real bull-headed. These are my children, I’m going to fight … Other people, they don’t know what to do,” he told the House Children and Seniors Committee Wednesday.

Judy Walsh said the bill could have saved her grandson, Adrian Jones, who was abused and left for dead by his biological parents in 2015, with his remains fed to a pig in the family’s backyard. Repeated calls to the state’s abuse hotline were ignored and DCF’s own investigations did not prompt change.

“He told people over and over again that he was being abused and no one stepped forward to help him,” Walsh said Wednesday.

DCF supports bill — if key tweaks are made

The legislation comes at a time when the foster care system remains under fire in Kansas. A report last year from the federal Office of Inspector General found that DCF didn’t ensure compliance with safety standards in 24 of the state’s 31 group homes.

And the state last month formalized the settlement of an out-of-court settlement with a trio of nonprofits to end a 2018 federal lawsuit that demanded better care of foster kids.

There are also concerns about Saint Francis itself, with reporting from the Kansas Reflector uncovering questionable spending by the organization, which was shielded from DCF for nearly a year.

For their part, DCF has said they endorse the idea of creating a child’s advocate but want it to be an independent office within the Department of Administration, which is similar to the state ombudsmen charged with investigating long-term-care facilities.

Most other states have their child advocate in the governor’s administration. Similar legislation in the Kansas Senate would put the position in the attorney general’s office, something Concannon said she could get behind.

But she does not agree with DCF, arguing that there have been issues when other Kansas agencies have had their investigatory arm in-house.

“There is no oversight there,” she said.

Can Missouri serve as a model?

A potential example for Kansas lies to the east.

Missouri has had an office, similar to what is being proposed in Kansas, since 2002, although it is housed in that state’s department of administration, rather than in the legislature.

Kelly Schultz, director of Missouri’s OCA, said it has been a major boost for ensuring oversight, both at an individual and system-wide level. If repeated complaints are coming in about a specific area, the office is able to conduct a fuller audit to root out any problems.

The state’s equivalent of DCF is not always thrilled about the child advocate, Schultz said, but she reported a positive working relationship that allowed information to be uncovered.

In 2019, the office produced almost 2,000 investigations and 95% of those who submitted a complaint were contacted within the agency within three days, which advocates in Kansas believe is a sign that it will give a greater voice for those in the throes of the foster care system.