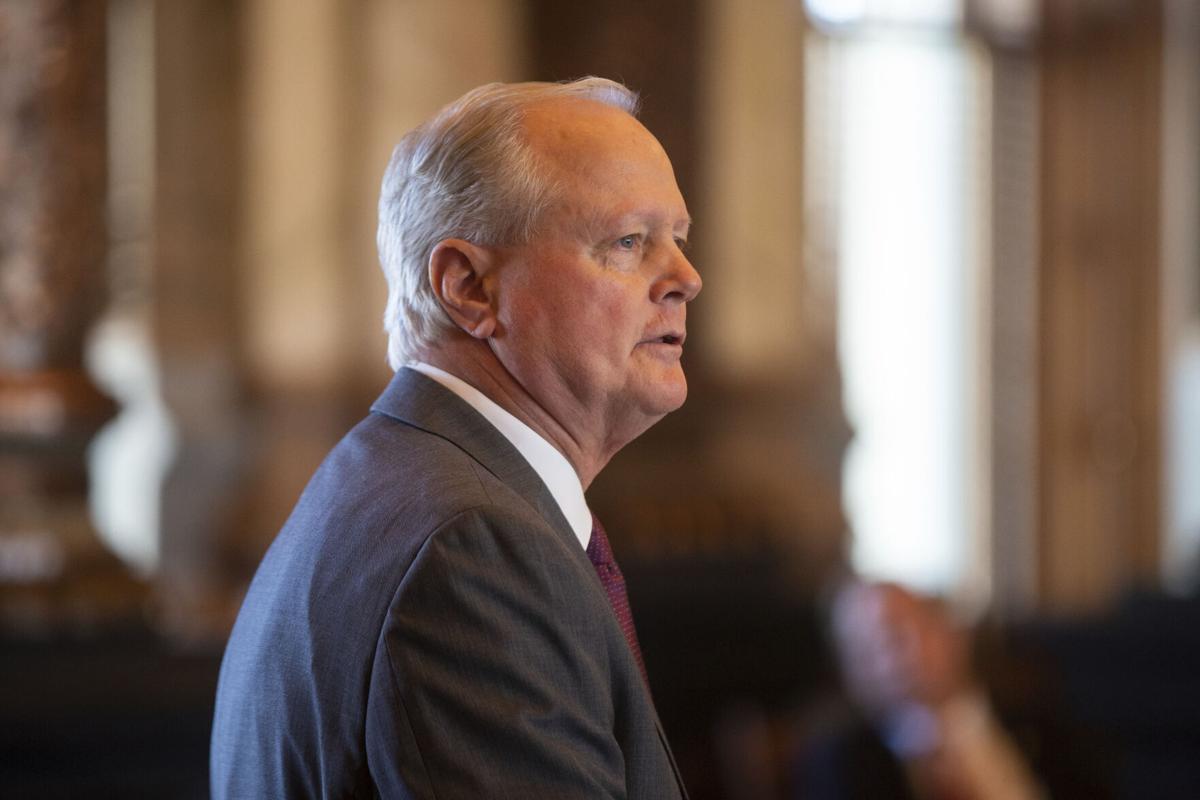 TOPEKA, Kan.— Republican lawmakers narrowed their proposal to cut Kansas’ income taxes before it cleared its first legislative hurdle, and a GOP leader said Wednesday that they’ll put off further action at least a short while to consider how the plan might affect the next state budget.

The Republican-controlled Senate tax committee endorsed a bill reducing income taxes by about $170 million during the budget year that begins July 1. The measure, which cleared committee Tuesday, would provide relief to businesses and individuals who are paying more in state income taxes because of changes in federal tax laws in 2017 championed by former President Donald Trump.

The bill initially would have provided $329 million in tax relief during the next budget year, but the committee deleted a key provision that would have allowed businesses to seek refunds for past losses and limited the ability of individual filers to seek refunds. The measure went to the Republican-controlled Senate, where debate isn’t planned until at least next week.

“We need another week to talk about what our budget might look like,” Senate Majority Leader Gene Suellentrop, a Wichita Republican, said Wednesday.

Top GOP lawmakers have made revising income tax laws a top priority since the 2017 federal tax cuts. They argue that Kansas is receiving an unintended windfall and compare that to finding someone’s cash-filled wallet on the street.

Among other things, the federal changes discouraged people from claiming itemized deductions. Kansas law does not allow people to itemize on their state returns if they don’t on their federal returns — resulting in bigger state tax bills.

“The federal government did not mean for state income tax to increase,” said Senate tax committee Chair Caryn Tyson, a Parker Republican. “We need Kansans to get a windfall.”

Tyson said the committee narrowed the bill to make it more palatable to a broader group of lawmakers.

Democratic Gov. Laura Kelly vetoed two Republican tax-cutting bills in 2019, arguing they would undermine the state’s fiscal health. She has warned lawmakers against what she sees as an effort to return toward a now-largely repealed and nationally notorious experiment in cutting income taxes under former Republican Gov. Sam Brownback in 2012 and 2013, which was followed by persistent budget shortfalls.

“I’ve made it pretty clear that we need to be extraordinary careful about what we do with our budget,” Kelly said Wednesday.

Some of Kelly’s fellow Democrats also argue that the bill remains too focused on helping large businesses and wealthy individuals.

Sen. Ethan Corson, a Prairie Village Democrat, said if the state can afford to cut taxes, he wants the reductions targeted at Main Street businesses and middle-class and working families. He also questioned whether there’s “any room” for tax cuts amid the COVID-19 pandemic.

He also said President Joe Biden’s administration could pursue changes in federal tax law and, “There is probably is some merit, before doing major (state) tax reform, in understanding what those potential changes could be.”

The state’s budget picture has brightened over the past six months, though officials have acknowledged economic uncertainties remain because of the pandemic.

Officials issued a fiscal forecast in November that was more optimistic than the previous one in April. From July 1, 2020, through Jan. 31, tax collections exceeded the state’s projections by 3.3%, or $170 million.

Kelly proposed a $20.9 billion budget for the fiscal year beginning July 1 that would leave Kansas with a financial cushion of $680 million.

But her spending blueprint relies in part on several proposals that the GOP has previously rejected. They include a “Netflix tax” that would impose the state’s sales tax on online music, movies and video streaming services and sales on websites such as Etsy and eBay and a decrease in the state’s annual payments to its pension system for teachers and government workers.