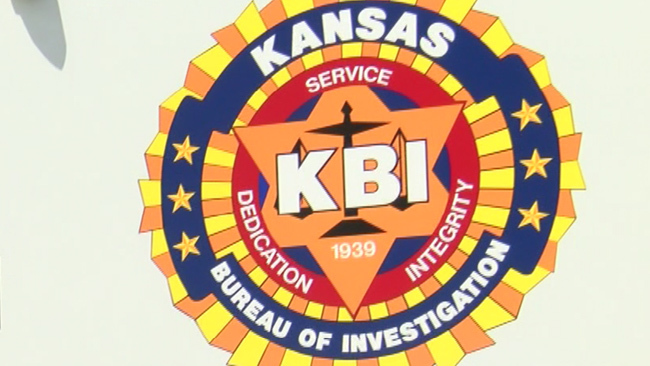 TOPEKA, Kan.– The Kansas Bureau of Investigation (KBI) introduced legislation requiring that all Kansas law enforcement agencies adopt a written policy stating that they must submit all sexual assault kits to a forensic laboratory for analysis.

The legislation, HB 2228, ensures that any sexual assault kit (SAK) connected to the report of a sexual assault is submitted within 30 business days to one of three Kansas forensic laboratories, or to another accredited forensic laboratory, for testing. Law enforcement, prosecutors, victim advocates, laboratory professionals, and medical personnel all collaborated in the introduction of this bill.

In 2017, the Kansas Sexual Assault Kit Initiative (SAKI) completed a statewide inventory of sexual assault kits that had not been submitted to a laboratory and therefore were not tested. Over 2,200 kits were discovered. Since then, each of the kits was submitted to the KBI Forensic Science Laboratory where forensic scientists worked diligently to complete initial testing of each of the kits.

After SAKI partners thoroughly scrutinized why the kits accumulated in law enforcement property rooms over the years, it was determined they remained unsubmitted for varying reasons. In some instances, sexual assault evidence was assumed less helpful to the case when it involved consent. In other cases, the victim did not cooperate in the criminal justice process. Many times SAKs were not submitted because the likelihood of an arrest or prosecution in the case was low. The SAKI project guided the criminal justice community in recognizing the value of testing all kits.

“The SAKI findings taught us the importance of testing sexual assault evidence even if it may not improve the chances of prosecution in that particular case. Testing all kits allows us to link cases and identify serial offenders,” said KBI Director Kirk Thompson. “This bill helps ensure that valuable sexual assault evidence will not be lost.”

“The collaborative work of the partners in the Sexual Assault Kit Initiative eliminated the backlog of untested sexual assault kits by causing all to be identified, submitted and tested,” Kansas Attorney General Derek Schmidt said. “This legislation, if enacted, will put in place a system to prevent the backlog from happening again.”

HB 2228 also seeks to increase the number of years that unreported SAKs (kits that are collected, but the victim did not make a report to law enforcement) are retained by the KBI. Current law requires that unreported kits be held for five years. The KBI wants to extend the period to 20 years to align with best practices set by the National Institute of Justice. This change would allow victims who wish to remain anonymous at the time of their assault, to come forward much later, and their sexual assault evidence will still be preserved.

Lastly, HB 2228 requests that in addition to licensed medical care facilities, child advocacy centers be included as facilities where sexual assault exams may be conducted, as long as the center has professionals specially trained to perform sexual assault evidence collection. Several child advocacy centers in Kansas employ professionals able to perform sexual assault exams, and it is believed child victims endure less trauma when they are able to receive all necessary services at one, qualified facility.

“These reforms to sexual assault evidence collection are much needed and will have long-lasting, positive impacts on Kansas’ response to sexual assault. We are so pleased to have been a part of this initiative on behalf of victims and survivors,” said Kansas Coalition Against Sexual and Domestic Violence Executive Director Joyce Grover.