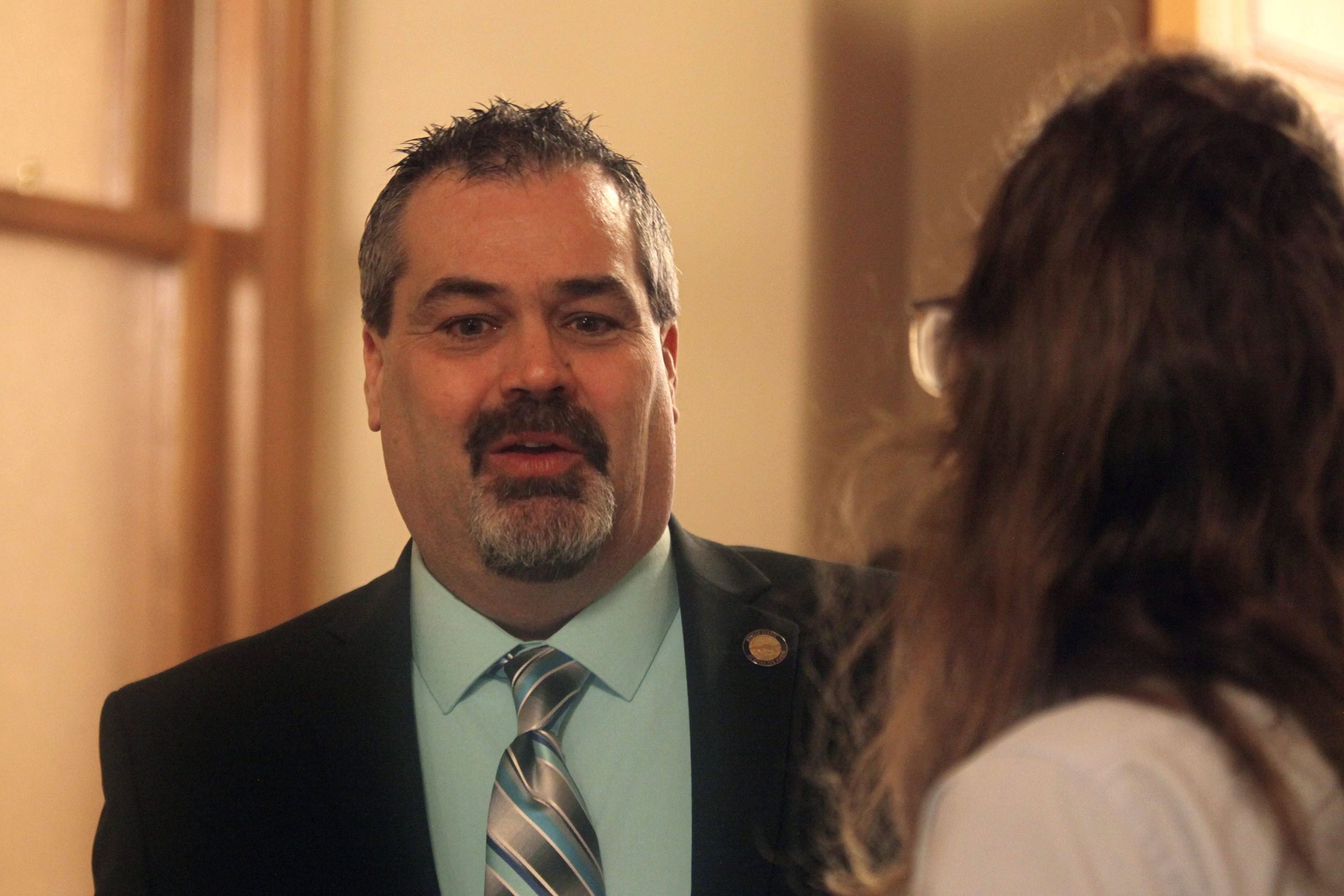 TOPEKA, Kan. — Republican lawmakers in Kansas on Tuesday moved toward formally condemning Democratic Gov. Laura Kelly’s decision to give prison inmates COVID-19 vaccinations ahead of others, as her administration sought to address problems in providing benefits to workers left jobless by the pandemic.

The state Senate’s GOP-controlled health committee agreed to sponsor a resolution from its GOP chair, Sen. Richard Hilderbrand of Galena, calling on Kelly to reverse “without delay” her policy on inoculating inmates. The state is including inmates in its second phase of vaccinations, along with people 65 or older and critical workers, but ahead of younger people with serious medical risks.

Hilderbrand said he’s pursuing a non-binding resolution from the Senate because doing so is faster than trying to pass a binding bill through both chambers that Kelly could veto. His resolution is likely to go straight to the Senate for a debate and vote, possibly this week.

The state Department of Labor said it brought its system for providing unemployment benefits back online as planned Tuesday after shutting it down Saturday afternoon. The shutdown allowed the department to improve security after receiving thousands of fraudulent claims.

The GOP-controlled Legislature has criticized Kelly for months over her handling of the pandemic. Republicans have signaled that they will make the prioritizing of inmates and the Department of Labor’s problems issues during her 2022 run for a second term.

The second phase of vaccine distribution in Kansas includes people in congregate living situations such as prisons, where outbreaks have been hard to control. Democrats noted that the state health department is allowing counties to determine the order in which groups get shots.

Republican lawmakers have argued that inmates shouldn’t get inoculated ahead of law-abiding people, particularly those with medical conditions who could be at risk of serious complications from COVID-19. Hilderbrand’s resolution said Kelly’s policy means violent criminals and sex offenders “would be offered life-saving vaccines before their victims.”

“We need to make a strong statement,” Hilderbrand told his committee.

Kelly’s administration has not said how many of the state’s roughly 8,700 prison inmates have been inoculated. The state Department of Health and Environment reported Monday that about 185,000 of Kansas’ 2.9 million residents, or 6.4%, have received at least the first of two required shots.

As for Hilderbrand’s resolution, Holscher said, “I would say it’s political in nature.”

Two rural counties with prisons, Norton in northwest Kansas and Ellsworth in central Kansas, have the largest number of confirmed or probable COVID-19 cases per 1,000 residents of any counties. Cowley County, home to the Winfield prison, was among the top five counties for its per capita increase in cases during the two weeks ending Monday.

Meanwhile, Republicans continued to worry about the Department of Labor’s ability to get benefits to the unemployed and to thwart scammers. They worry that individuals face paying taxes on benefits they didn’t receive and employers are on the hook for covering some or all of the costs of bogus benefits until the fraud is fully detected.

The unemployment system’s reboot required jobless workers to register again for benefits, and the department said more than 15,700 did so within the first 10 hours. About 2,400 failed to verify their identities and needed to try again, while fewer than 200 people “experienced an error of some sort,” Department of Labor spokesperson Jerry Grasso said in an email.

Grasso also said the updated system blocked more than 390,000 attempts by internet bots and human scammers to log in. That’s an average of 11 attempts every second.

“The very large/vast majority of people registering are getting through and registering successfully,” Grasso said.