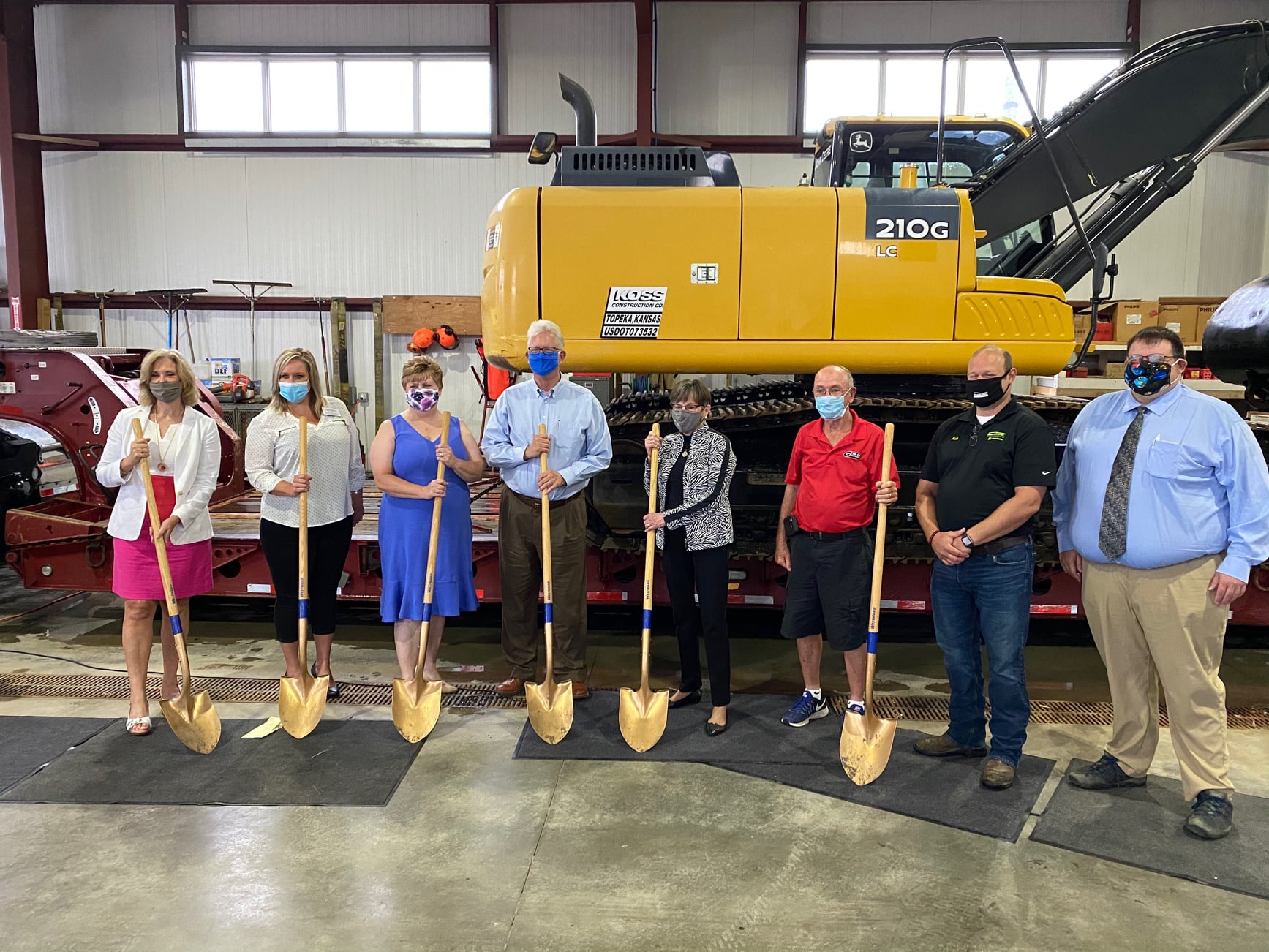 The Lewis & Clark Viaduct is comprised of a series of bridges that carry eastbound and westbound I-70 over the Kansas River, providing a vital connection between Kansas City, Kansas, and Kansas City, Missouri.

“Since day one, my administration has prioritized pragmatic investments to rebuild our state’s foundation,” Governor Laura Kelly said. “The Lewis & Clark Viaduct reconstruction project demonstrates this priority — and the power of federal, state and local partnerships to deliver more for Kansans. By working together, we can restore our aging infrastructure and make transformational investments to make travel safer, create jobs, and propel our economy forward.”

“Thanks to the collaborative work of our federal, state, and local partners, the completed Lewis & Clark Viaduct project will help keep our families safe, our communities connected, and our economy running,” said Representative Sharice Davids. “I look forward to continuing to work with Governor Kelly, Secretary Lorenz, and our local stakeholders as we push for a transformational infrastructure package in Congress that restores our aging infrastructure and creates good paying jobs here in Kansas to fuel our economy for years to come.”

Governor Kelly noted the 59-year-old westbound I-70 bridge had deteriorated significantly, which was requiring nearly a million dollars in maintenance costs each year to keep the structure safe and operable.

Speakers at today’s event included Governor Kelly, Kansas Department of Transportation (KDOT) Secretary Julie Lorenz, U.S. Representative Sharice Davids and Unified Government of Wyandotte County Mayor David Alvey. The observance took place in the shadow of I-70 at Kaw Point Park at the confluence of the Kansas and Missouri rivers and where the Lewis & Clark Expedition landed in 1804.

“I’ve never been more optimistic about the future of Kansas infrastructure,” said Sec. Julie Lorenz. “We have the IKE program, federal investments may allow us to make innovative investments – and most importantly, we have local, state and federal leaders who all want to work together to make infrastructure work better.”

The Lewis & Clark Project partners various government and private entities from across the Kansas City Metro-area, including KDOT, the Unified Government of Wyandotte County, the Missouri Department of Transportation, KC Scout, the City of Kansas City, Missouri, and the Mid-America Regional Council.

Reconstruction the westbound I-70 bridge – originally built in 1962 – began in early 2018. The expected two-year construction was delayed an additional year because of heavy flooding in 2019 when high waters prevented crews from accessing pier sites for several months. The westbound I-70 closure dramatically impacted local and regional traffic flow, requiring the implementation of traffic maintenance and detours to prevent major traffic issues.

Westbound I-70 at the Lewis & Clark Viaduct reopened to traffic on January 23. Total construction cost was $65 million of which $58.4 million was Federal and $6.5 million was state. The half-mile, 20-span bridge required approximately 8.8 million pounds of new structural steel, 5,400 lineal feet of new concrete girders, 21,000 cubic yards of concrete and 3.1 million pounds of reinforcing steel. Phase 2 of the project is expected to replace the eastbound bridge, and a subsequent Phase 3 will add flyover ramps to carry westbound I-70 over the river.