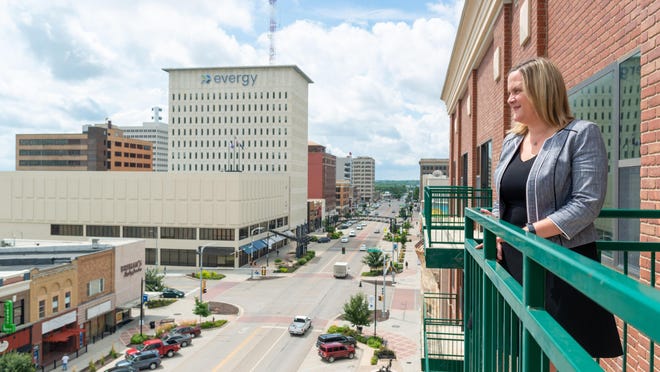 TOPEKA, Kan. – The Topeka downtown master plan had its final presentation and public hearing Monday to the Topeka Planning Commission.

The commission heard a plan that’s said to launch downtown Topeka into the next generation and then they unanimously voted to send it to the governing body so they can consider it.

“Each one of these districts has its own brand, its own function and that is really important, it’s really important so that they are complimentary to each other and don’t end up competing,” said the Director of Planning and Development, Bill Fiander.

After hearing about each district, the commission was given the results of a community survey asking what the priority of the downtown plan should be?

“Riverfront access is a priority that was the second biggest or really the biggest takeaway of the survey itself. Dining, entertainment, and retail; those are separate things but those are all experiences for folks that don’t frequent downtown as much, so if you think about that, that can be very telling.”

The results fall in line with one of the biggest goals of the master plan, to have downtown visitors stay longer.

The plan outlines a way to do that by placing activity hubs along South Kansas Avenue.

“Those are the things that attract people form outside downtown to downtown and if we can get them to those areas then we can really connect and have them extend their stay and give them different reasons for staying here.”

The plan earned approval of all nine members of the commission and the newest president of Downtown Topeka, Rhiannon Friedman.

“Its critical to have plans like these to help show that the community is in sync and in-line and has local support backing it so I’m just thankful that I get to come into a position where downtown has experienced two years of great momentum and now we have this amazing plan to drive it to the next step,” said Friedman.