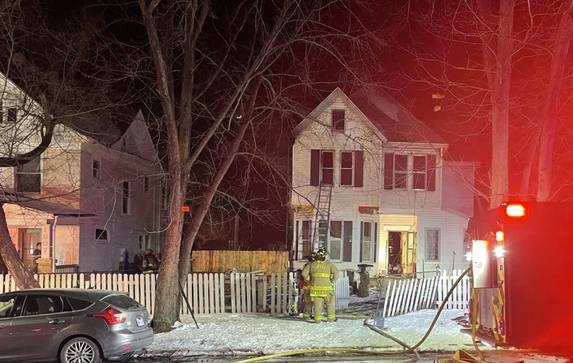 SHAWNEE COUNTY — On Friday, around 8 p.m. the firefighters were alerted of a house on fire at 1603 SW Western Avenue in Topeka, according to Fire Marshal Todd Harrison.

When they arrived at the scene, two floors of the house were caught on fire and smoke was coming out of the windows. Luckily, all the house residents were able to leave the house on time.

Preliminary investigation shows that the cause of fire is accidental and originated from a malfunctioned wood burning stove.

Reportedly, no smoke detectors were found in the house.

Masks no longer required indoors in City buildings in Topeka

Truck caught fire on I-70 and interrupted traffic