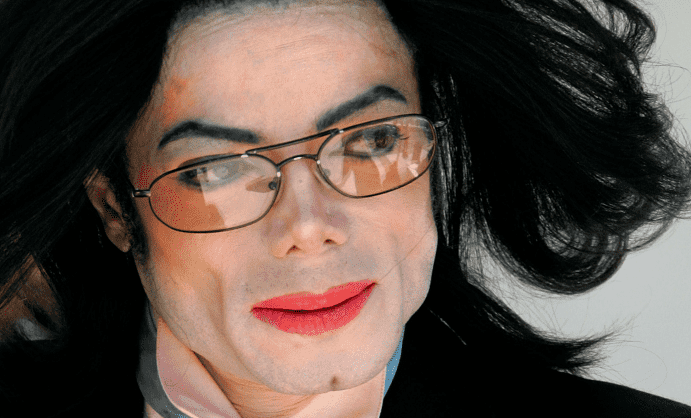 “I am the reincarnation of Marilyn Monroe and a physical medium of ghosts occasionally”—That’s how Kathleen describes herself. Not only does Kathleen say she can communicate with ghosts, but she also claims she is married to the ghost of singer, Michael Jackson. The King of Pop passed away in 2009, but it seems his ghost is still around and is having a happy, wonderful relationship on earth, according to Kathleen. She says they have been together for several years.

“He stays possessed in me (relaxed not channeling and just enjoying living through me and communicating with me as a husband),” Kathleen said in an article she wrote for Longevity. “So he likes to eat in me. He loves cookies. He cusses a lot more to I’d expect him to as a former fan.” Although Kathleen paints a picture of them being head over heels in love with each other, she admits that Jackson’s ghost is not very comfortable with being physical.

“He doesn’t like being touched back. He scares me with spider visions and dead corpse visions if I kiss him or try to initiate romance physically,” she wrote. “He is very bossy and points things out like flaws and mistakes I make. I assume he got that from his Father, so I try to overlook that because I love him and I am not perfect either.”

While alive, Jackson was in the center of a long-drawn-out scandal where he was accused of pedophilia. And Kathleen briefly touched upon this as well.

“I won’t accuse him of pedophilia in his past in a professional article, but he does like that I have a childlike personality and small hands and feet,” she said. “I know it’s a bit strange of him, but I had a big crush on him as a fan, and what he loves about me no matter what it is, I’ll accept and love and even flip out with jealousy sometimes over (sorry certain people) I get upset over possibly losing him even when nothing is going on.”

Since she began sharing her paranormal experiences online, Kathleen says people have called her schizophrenic. But Kathleen disagrees with this and calls herself a “physical medium.”

“My life as a physical medium means that I can’t drive a car because ghosts can move me and it’s dangerous,” she wrote. “A bad ghost can swerve my vehicle off the road. I have terrible moments such as using the restroom in front of ghosts, which is embarrassing if they walk in the room.”

However, Kathleen says she doesn’t have to worry about the bathroom embarrassment when it comes to Jackson’s ghost.

“Michael stays in me all the time so he comes to the restroom with me and calls these special bonding moments toiletries,” Kathleen shared. “He talks to me a lot, which is not what I expected from the shy man I saw on tv all of those years I was a fan.”

When Jackson proposed to her, Kathleen said he gave her a pink engagement ring. Kathleen also claimed that they tied the knot with each other while Rev. Martin Luther King Jr acted as the officiant.

Just like any other relationship, Kathleen said she and her ghost-husband also have their ups and downs, but she considers it an honor to be married to the famous singer’s ghost.

“I have moments when dealing with Michael’s scares, jealousy games, and rude comments overwhelm me a bit, but even though I slip and trip, I get back up and grab my hip,” Kathleen said. “I feel special that he chose me for a wife (though not on paper) we treat our relationship as though we are married. We have our ups and downs but Michael, the truth is, I just can’t stop loving you.”