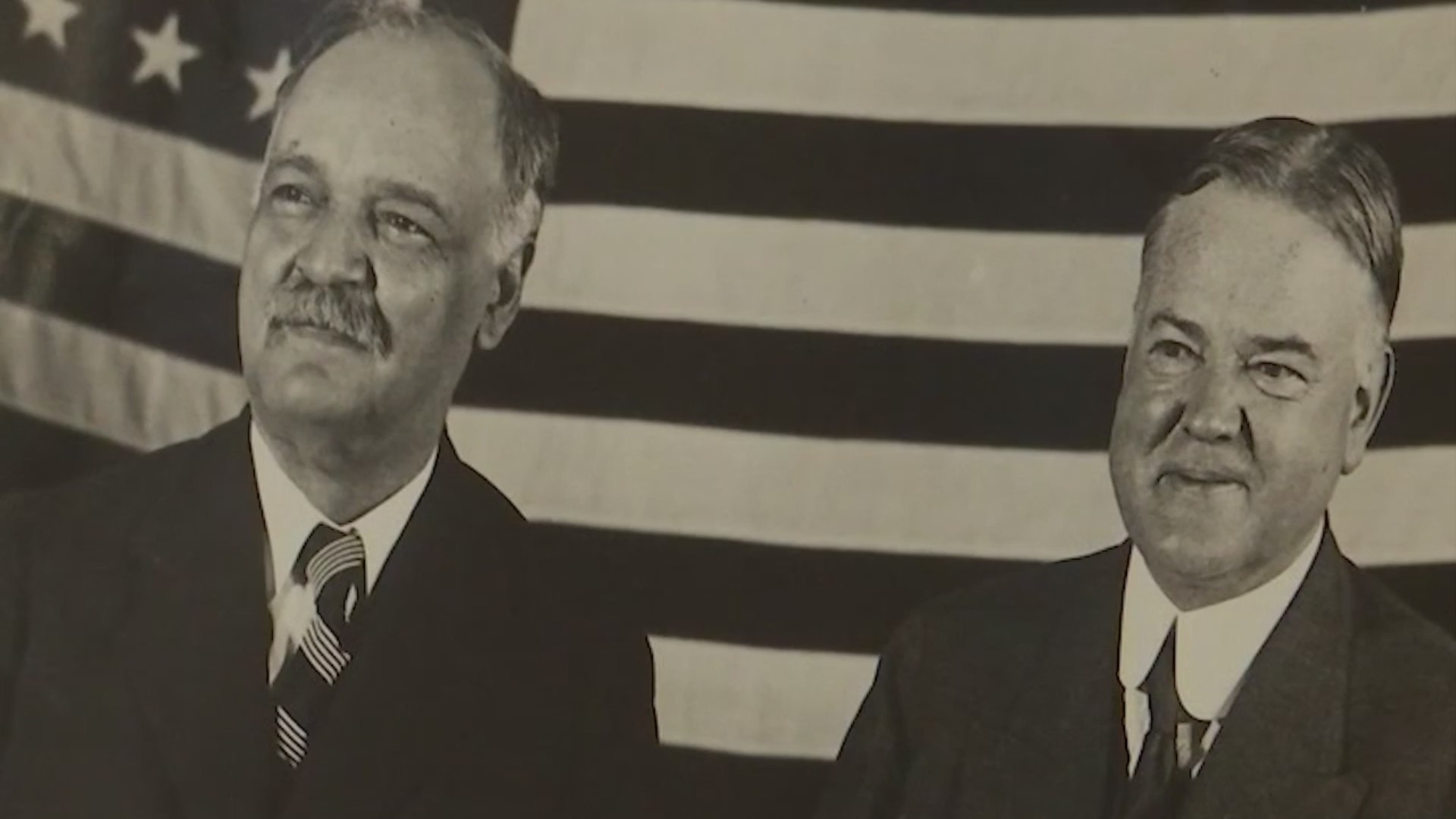 TOPEKA, Kan. – “Charles Curtis was part Kaw Indian, or Kanza Indian, and he grew up around the Topeka area. He spent a good deal of his youth living on tribal land and being raised by his grandparents because his mother died when he was very young. He ended up going to high school in Topeka and getting a law degree and eventually became county attorney. That kicked off his political career. He had an encyclopedic knowledge of all of the state office holders and voters and a memory about who they were and what their concerns were. So he was a natural politician. He went to serve in the House of Representatives for a number of terms and then eventually onto the Senate, and then to the position of vice president.

“Curtis was a progressive guy in the context of the time. He was a strong advocate for women’s rights, including the passage of the nineteenth amendment. So he had a great reputation, but when he became vice president that soured on him. He was a forward thinker of Indian affairs and he was very proud of his Indian heritage, but he was definitely an assimilationist. He had the unfortunate luck of being stuck with Herbert Hoover and the circumstances of the Great Depression, which really undermined his reputation, and as a result I think he’s forgotten in a lot of ways. He and Herbert Hoover were not friendly; it was sort of a marriage of political convenience. In fact, Curtis thought he would actually be the presidential nominee in 1928. There was a bitterness between them over that rivalry that never really went away.

“The stock market crashed in 1929, so the Hoover administration became increasingly unpopular. The outcome of the ’28 election broke Curtis a bit, and he didn’t really fully recover from that. The controversies of the time overshadowed a lot of the good things that he did. But he did have an almost fifty-year-long political career, most of that in direct service to Kansas both on a local and national level. The fact that he was so well-received in his time clearly means we ought to keep him in our memory more than we sometimes do.”