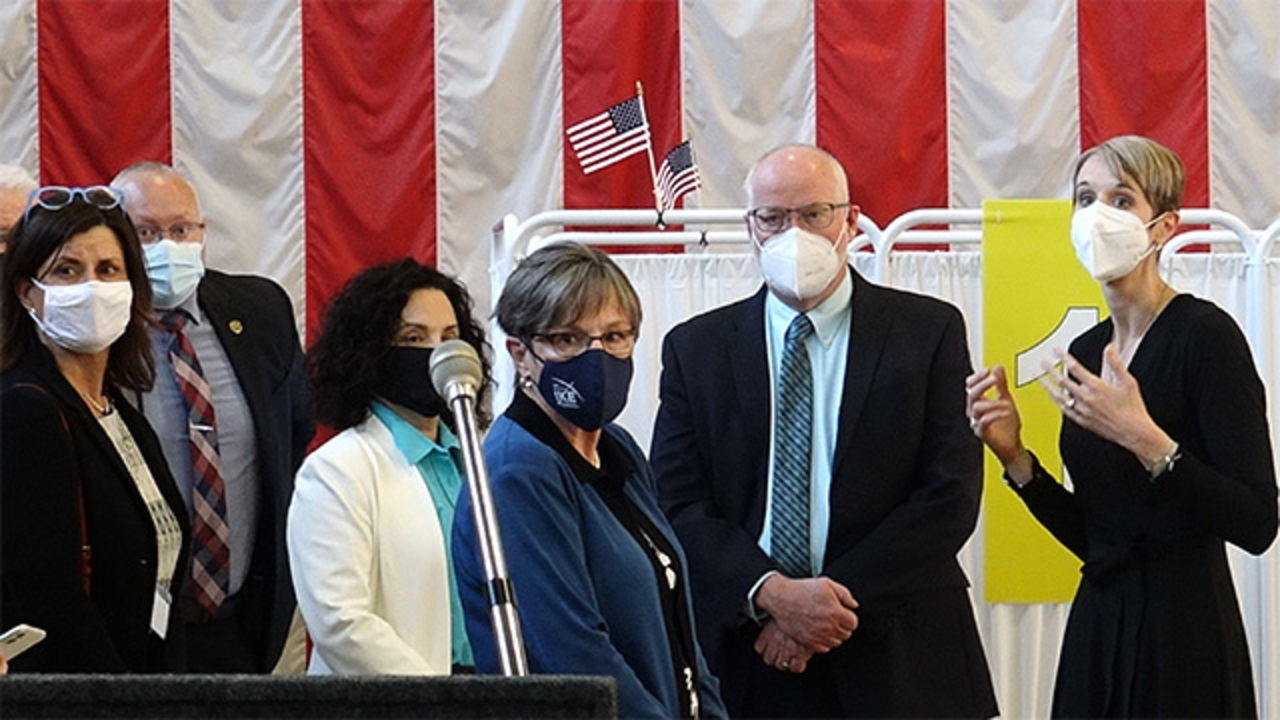 Kansas – Kansas lawmakers want to allow counties to set their own rules for who is able to get the COVID-19 vaccine.

After four months of shots going into arms — and griping over the state’s decisions on pace and prioritization — Republican lawmakers are proposing a bill that would enable counties to depart from Kansas Department of Health and Environment vaccination guidelines or toss them out completely.

As of Sunday, Kansas was ranked 40th in the nation for vaccine administration per capita according to the Centers for Disease Control, though KDHE has said the count is inaccurate due to data recording troubles.

According to KDHE more than 567,000 people have received at least one dose of the vaccine, roughly 19.5% of the state population.

In a related announcement late Monday afternoon, Gov. Laura Kelly said that Kansas will begin phases three and four of the rollout simultaneously on March 22 and that the state will meet President Joe Biden’s deadline to make every adult eligible by May 1.

The move will open up shots to younger adults with medical risks like asthma and essential workers such as bank tellers.

Kelly’s decision comes as Republicans lawmakers have said the state is moving too slowly.

Their bill, introduced last week, is the latest in a series of moves by GOP legislators to limit statewide requirements related to the pandemic.

Efforts to reform the state’s emergency management act would require a legislative committee to approve executive orders during an emergency and remove some response options entirely.

Lawmakers are also pushing to require all students to have the option to be back in school by the end of March.

The vaccine bill came in reaction to KDHE’s decision to withhold vaccine allotments from counties that chose to move forward ahead of the state and concern that some Kansans have been placed too low on the state’s priority list.

Kansas is currently in its second phase of vaccinations covering adults 65 and older, those living in congregate settings, healthcare workers and other essential workers.

Phase 3 would include more essential workers and younger adults with severe medical risks.

Testifying to a Senate committee Monday Riley County Health Officer Julie Gibbs said her county had chosen to move to phase three and prioritize some with severe medical conditions in phase three over some essential workers in phase 2.

KDHE she said, told her they would withhold some vaccine shipments if the county took that route.

“I was told we were not following guidance,” Gibbs said. She added that the Riley County moved back to phase 2 before losing any shipments.

Republican senators criticized the state’s choice to place people with severe illnesses, like cancer, in phase three behind the broad groups in phases 1 and 2.

“When (counties) see that individual and their heart is breaking they’ve got to tell that person I’m sorry you’re not worthy of this vaccination because we have to give it to half the population,” Sen. Richard Hilderbrand, a Galena Republican, said. “That is wrong.”

Secretary Lee Norman urged the Senate panel not to advance the bill. Those with severe illnesses would be vaccinated soon, he said.

“This is exactly the same prioritization schedule as the CDC has.”

Norman said counties that have finished phase 2 are “on pause” while they wait for the rest of the state to catch up.

Sen. Pat Pettey, a Kansas City Democrat, said the bill was unnecessary as the state is nearing a move to phase 3. Large counties, she said, will need more time to get through earlier phases.

“If we want our counties to work together, if we want to have a super cohesive system across the state, I don’t see this being the way to do it,” Pettey said.

County leaders in Sedgwick, Norton and Ness counties submitted written testimony on the bill asking for the opportunity to operate on their own terms.