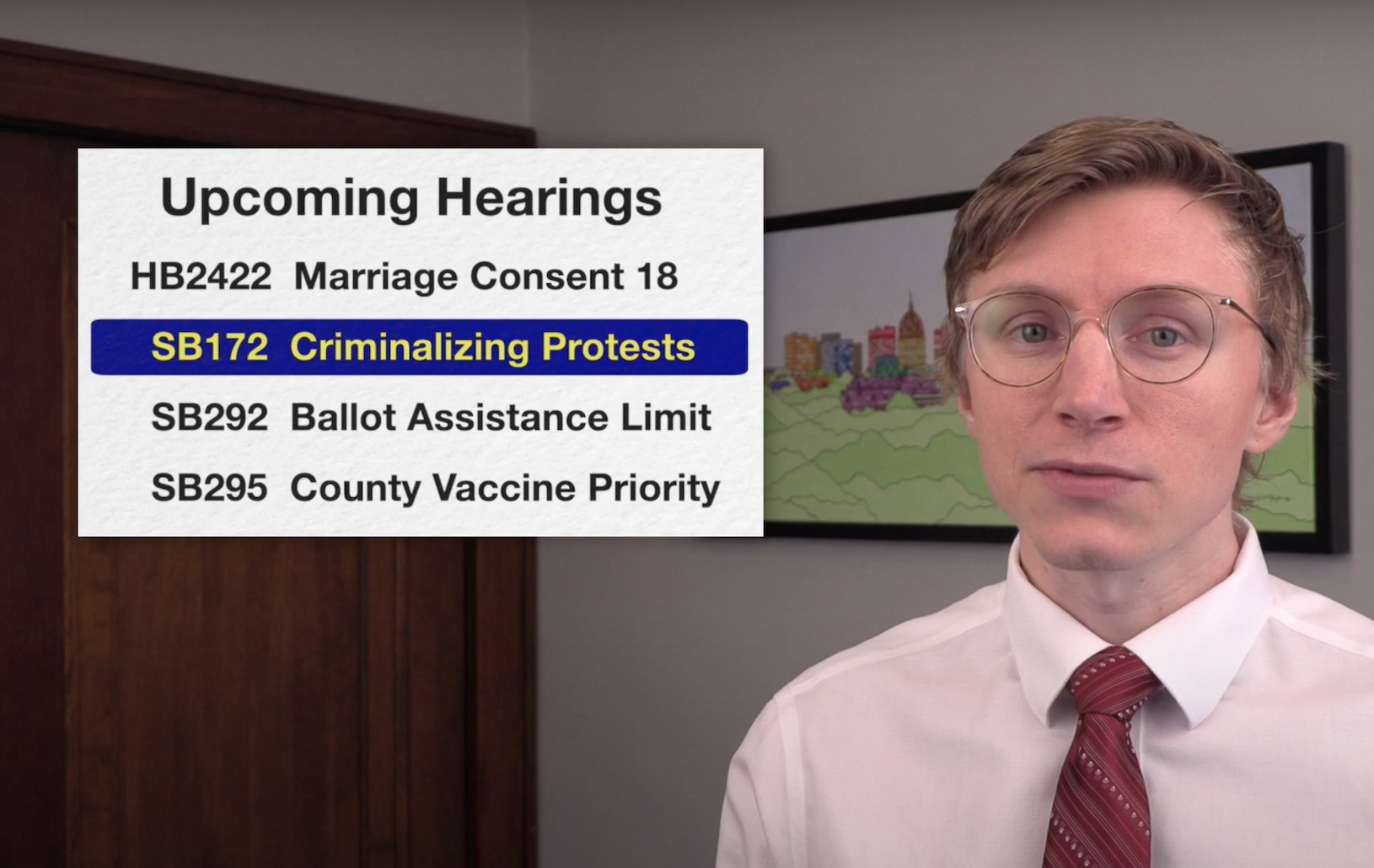 Kansas – Hey I’m Davis Hammet with Loud Light. Here’s what happened in the 9th week of the Kansas legislative session.

Federal Aid
The American Rescue Plan has now become law despite every Republican elected official voting against it. The law includes $1,400 relief checks for roughly 90% of Kansans, accelerates vaccine distribution, reduces insurance premiums on marketplace healthcare plans, and provides parents with childcare relief payments that are expected to lift 29,000 Kansas children out of poverty. The bill provides $860 million to help Kansas schools reopen safely, $1 billion in local government aid, and $1.7 billion in state government aid. A provision was added to the law that explicitly blocks states from using state aid to pay for tax cuts which is exactly what many Kansas Republicans were hoping to do. This could mean state lawmakers must choose between receiving $1.7 billion or passing tax cuts.

New Senator
This week saw the swearing-in of Ron Ryckman Sr., the father of House Speaker Ron Ryckman Jr. (R). Ryckman Sr. was appointed by Republican precinct people to serve in the seat of Sen. Bud Estes (R) who passed away last month.

NRA Gun Education (HB2089)
On Friday, a House committee did a gut-and-go procedure that replaces an existing bill with new language. The new language made a mandate that any Kansas public school teaching firearm safety must use either an NRA program or a program based on NRA guidelines. The NRA is a gun advocacy group that is currently under investigation for illegal conduct and recently filed for bankruptcy. Committee Chairman Rep. Barker (R) did not hold a hearing or allow any public comment on the proposal to mandate NRA curriculum. During committee discussion, bipartisan concern was raised around local control interference and potential unconstitutional intrusion by the state legislature into the State Board of Education’s jurisdiction. The bill passed out of committee and is headed to the House floor.

Governor’s Race
The Republican primary race for Governor kicked off with former Gov. Colyer (R) and current Attorney General Derek Schmidt (R) entering the race. Both Schmidt and Colyer supported efforts to overturn U.S. elections in 2020. A super PAC has begun working on Schmidt’s behalf to discourage other candidates from entering the race, Colyer has said Schmidt holds water for liberals, and Schmidt released an announcement video about his desire to fight “cancel culture.”

College Class Refund
Rep. Tarwater (R) added an amendment to the state budget requiring public universities to refund students for online classes they took during the pandemic. This week the president of the Board of Regents which oversees the state’s universities testified that the proposal would cost Kansas colleges well over $150 million dollars including roughly $90 million from KU which is already facing layoffs from state funding cuts and budget shortfalls.