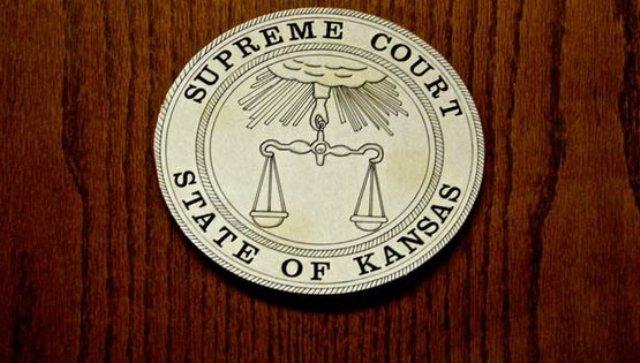 TOPEKA, Kan. – The Kansas Supreme Court issued a ruling Friday that contradicts a lower court’s decision in a lawsuit against the city of Topeka.

After Jayhawk Racing Properties and Heartland Park Raceway jointly sued the city in 2016 for breaching a 2014 contract, a Shawnee County District Court judge ruled in favor of the city. The case was sent to the Kansas Court of Appeals, which in 2018 sided with the plaintiffs.

But a ruling issued Friday by the state high court reversed the court of appeals’ decision, arguing the city’s action pertaining to the contract was governmental, or political, in nature and that the plaintiffs’ contract with the city couldn’t be enforced as new elected officials assumed power.

“We further conclude that such government functions cannot be contracted away and that one legislative body cannot bind a successor legislative body to its policy commitments,” the supreme court wrote in its ruling.

In 2014, the city of Topeka entered into a contract with Jayhawk Racing, agreeing to purchase Jayhawk’s reversionary interest in the Heartland Park property for about $2.4 million.

According to the document that lays out the high court’s recent decision, the city agreed at the time to make “good-faith reasonable efforts” to carry out its agreement with Jayhawk.

In line with such efforts, the city council in August 2014 adopted an ordinance that would allow it to issue an additional $5 million in STAR Bonds — short for Sales Tax and Revenue Bonds — to pay for the interest it had acquired.

However, in 2015, four new members were elected to the Topeka City Council, and shortly after, the council reversed course, choosing not to pursue the sale of such bonds. That action led Jayhawk Racing and Heartland Park to file a lawsuit in Shawnee County District Court seeking damages for breach of contract.

The city responded to the suit with a motion to dismiss the case. A district court judge granted the motion to dismiss, arguing the city’s decisions to purchase Jayhawk’s interest and issue bonds to pay for it were “an exercise of its governmental or legislative function,” according to the supreme court document.

The plaintiffs then appealed the decision, and the court of appeals ruled in their favor, arguing action taken by the city was proprietary, not governmental.

In other words, the court of appeals thought the city in this case was conducting business that could also be performed by a private entity and that didn’t directly concern the public.

The city then appealed to the state supreme court, which agreed with the district court’s ruling.

The fundamental question addressed by the high court concerned whether the city of Topeka was acting in a political or private manner when it entered into the contract agreement with Jayhawk Racing.

According to the supreme court’s ruling, city revenue projects may either be classified as governmental/legislative or proprietary/administrative.

“While it is possible that a subtle distinction exists among the terms, under the facts and issues of this appeal,” the court wrote, “‘governmental’ and ‘legislative’ functions are treated as equivalent concepts, as are ‘proprietary’ and ‘administrative’ functions.”

The court indicated governmental functions are those exercised by a political body to promote the general public welfare, “whereas proprietary or administrative powers are exercised to carry out private corporate purposes in which the public is only indirectly concerned and where the municipality may be considered a legal individual.”

Enforceability of the 2014 contract as city leadership changed was a key factor in the high court’s decision.

“After defining and distinguishing between governmental and proprietary functions, we conclude that the present case involves the exercise of governmental policy-making powers,” the court wrote, “including the policies of whether to promote economic growth through the mechanism of a revitalized speedway and whether to fund such revitalization through particular revenue-raising mechanisms.”