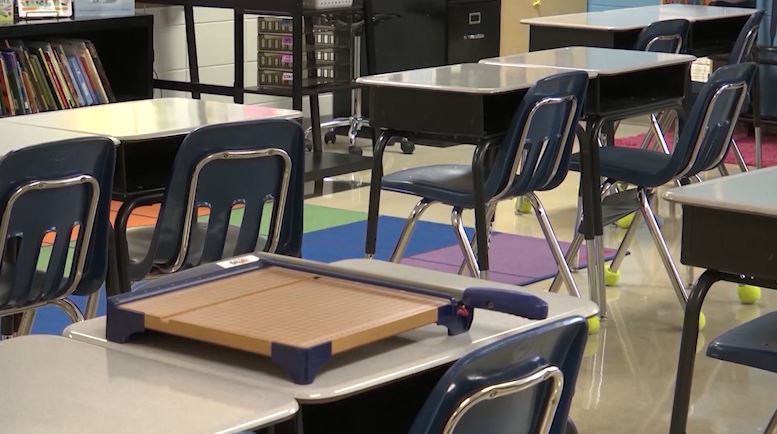 TOPEKA, Kan. – A controversial school funding bill failed in the Senate late Thursday on a 19-19 vote – but the measure isn’t dead.

Conservative Republicans back the measure that would allow parents of academically struggling students to pay for private schooling with state dollars normally earmarked for public schools.

The Senate was stuck at a 20-18 tally, with 21 votes needed for passage. Of the two missing senators – Gene Suellentrop of Wichita and John Doll of Garden City – Suellentrop is considered the likely final “yes” vote needed, but Senate leaders said he was home in Wichita.

After several minutes of waiting, Sen. Dennis Pyle, R-Hiawatha, said he would change his vote to “no,” with the intention of presenting a motion to reconsider Friday, so that Suellentrop and Doll would not have to make the drive to Topeka late at night.

The House approved the bill earlier Thursday, 64-59. The bill ties education funding to a proposal to set up education savings accounts for students who are at risk of failing in public schools. Parents could use the funds for a wide range of educational expenses to help their children, including private school tuition.

The Senate’s approval would send the measure to Democratic Gov. Laura Kelly.

“Taxpayers would much rather fund kids that succeed,” said Republican Rep. Kristey Williams, of Augusta, chair of a House committee on education spending.

The measure includes Kelly’s proposal for $5.2 billion in state aid for public schools for 2021-22. But Democrats said the measure potentially siphon off several hundred million dollars for the new savings accounts.

Kansas legislators are likely to pass bills to transgender athletes