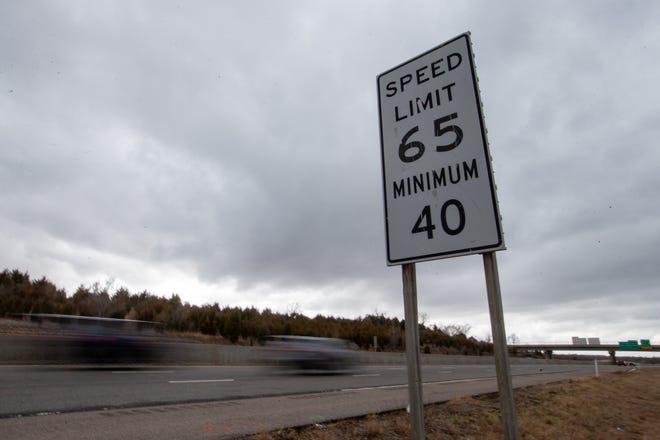 The KHP in 2020 issued 68% more tickets than it did the previous year for excessive speeding, which means driving 100 mph or more, Breshears said Monday.

“Everything just skyrocketed,” and the trend has continued, she told The Topeka Capital-Journal in a phone interview.

Deaths on Kansas roadways increased last year to a preliminary/unofficial total of 425 from 412 in 2019, said Kim Stich, a spokeswoman for the Kansas Department of Transportation.

A public request that drivers slow down was made Monday by KHP Superintendent Herman T. Jones, who teamed up to deliver that message with officials from the Iowa State Patrol, Nebraska State Patrol, Arkansas State Police and Missouri State Highway Patrol.

Discussions between officials with those agencies over the past year have had one common theme, which is the increase in excessive speeding, as officials from those agencies have talked with each other, Jones said.

“KHP is proud to partner with our neighboring states in reminding motorists of the dangers of excessive speeding and the need for us to all work together to make our state and region safe,” he said.

Breshears said citations for excessive speeding also increased last year, compared to the previous year, by 108% in Iowa, 89% in Arkansas, 82% in Missouri and 70% in Nebraska.

“Each state tracked the increase of excessive speeding in different ways, but every method told the same story: A year that felt incredibly long was also the fastest on the roads in recent memory,” she said.

Breshears said that as the winter months give way to more favorable driving conditions, authorities are asking all motorists to do their part to keep the roads safe.

Troopers in each state will continue to patrol day and night to enforce traffic safety laws and help motorists in need, Breshears added.