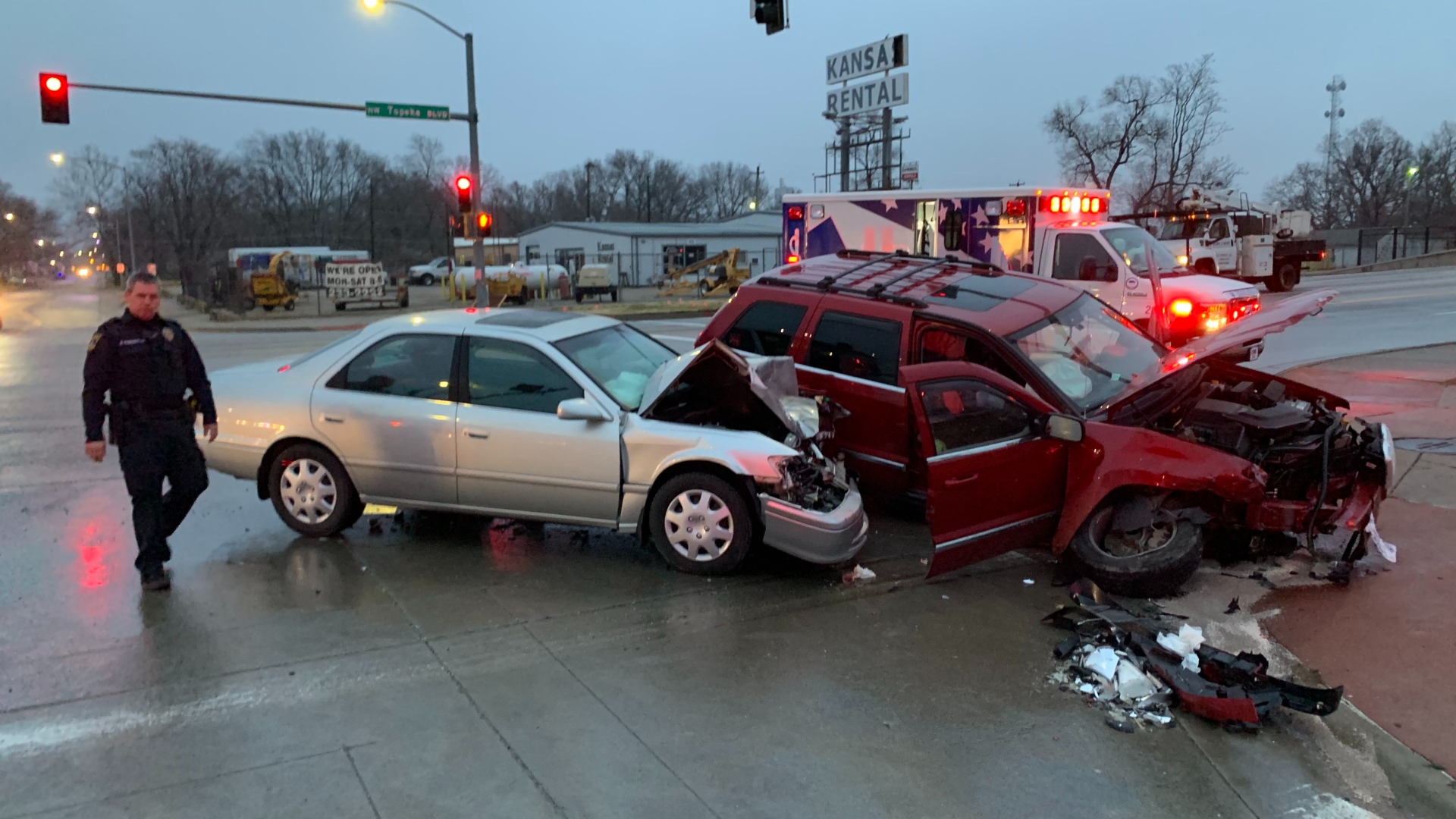 TOPEKA, Kan. – One person was reported to have been injured in a two-vehicle crash early Monday on the city’s north side, authorities said.

The collision was reported around 7 a.m. Monday at the southwest corner of N.W. Gordon and Topeka Boulevard.

The location was at the north end of the Topeka Boulevard Bridge.

A maroon Jeep sport utility vehicle and a silver Toyota Camry car collided at the intersection.

Initial reports indicated the incident was a hit-and-run collision and that a person from the Jeep fled on foot from the scene.

Authorities said one person was transported by American Medical Response ambulance to a Topeka hospital. The person’s injuries weren’t believed to be life-threatening.

Southbound lanes on the Topeka Boulevard Bridge were shut down for about a half-hour as crews responded to the scene.

Fire in Whispering Pines found to be intentionally set

2 rescued with aerial ladder from deck of Kan. apartment fire