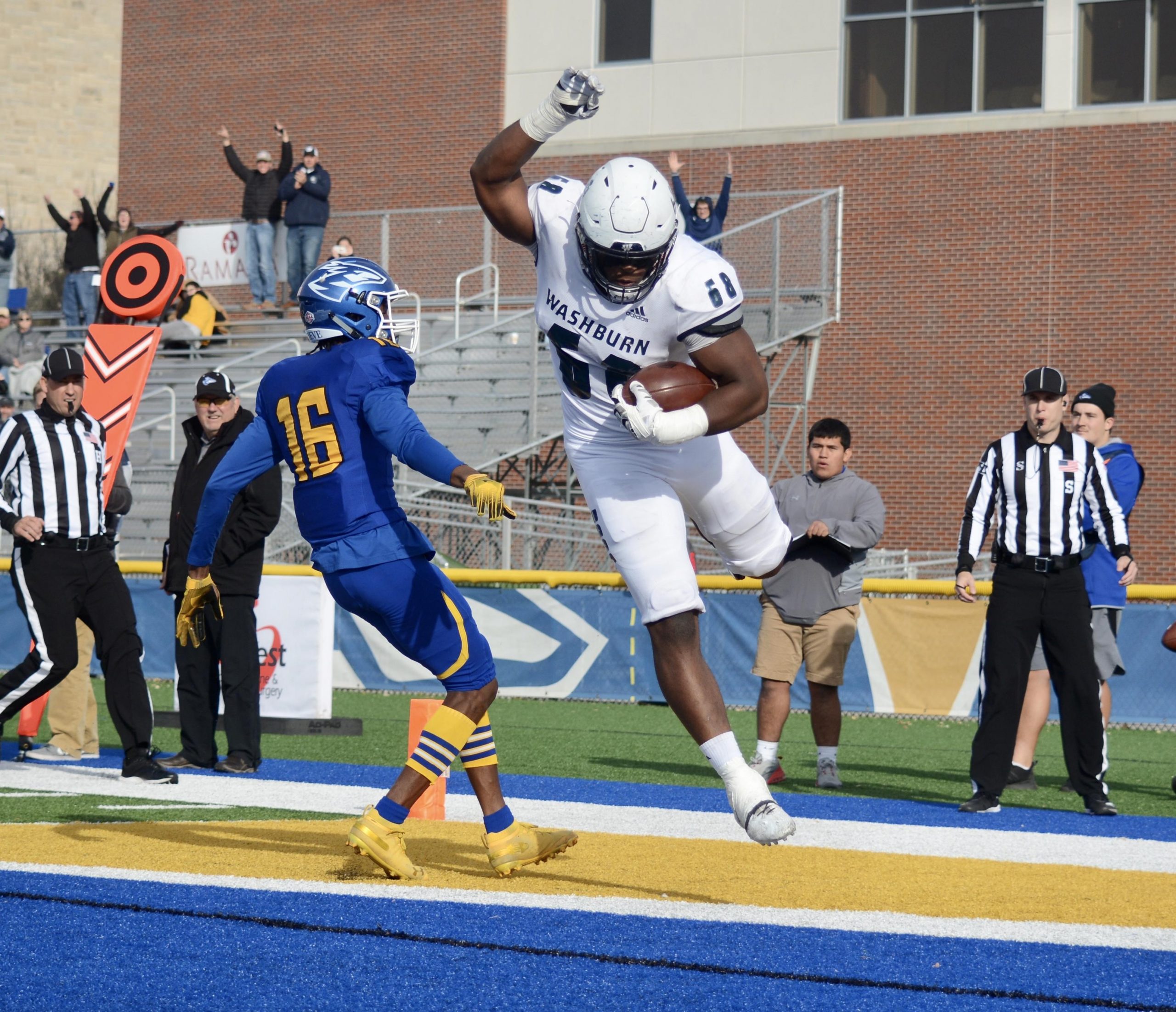 TOPEKA, Kan. – Neither Washburn nor any other Division II football programs are likely to ever become a hotbed for NFL prospects.

But the last two drafts are proof that pro scouts know their way to Topeka.

When Ichabod All-American offensive lineman Kyle Hinton was chosen Saturday in the seventh round of the NFL Draft by the Minnesota Vikings, he became the second straight WU player in as many years and the fourth in the Craig Schurig era to get their name called on draft day.

Hinton’s selection followed the sixth-round selection of Corey Ballentine by the New York Giants in 2019, while Cary Williams was picked by the Tennessee Titans in ’08 and Trey Lewis by the Atlanta Falcons in ’07.

Two other WU alums, Michael Wilhoite and Brian Folkerts, made to the NFL as free agents, with Wilhoite now an assistant coach for the New Orleans Saints after six seasons with the San Francisco 49ers and the Seattle Seahawks.

“It just really shows the eliteness of our program,” Hinton said of the Ichabods’ recent NFL success. “With coach (David) Trupp, our strength coach, being able to train us just like elite athletes, we can perform at a high level and it just shows that Washburn is a really great program.

Like Hinton, Schurig gives a great deal of credit to Trupp for helping players get ready for the NFL.

“I think our unsung guy in all this is coach Trupp,” Schurig said. “He runs a heck of a strength program and the guys that have the work ethic, they thrive.

“Now not all of them are going to be NFL players, some of them don’t have those gifts, but if they’re willing to do his program and they have that skill set, they will be as trained as well as anybody in the country.”

Schurig is proud of what Washburn products have been able to accomplish at the next level.

“It’s really cool because we’ve had dual players in the NFL before,” Schurig said. “As a matter of fact, Michael Wilhoite and Cary Williams played in the same Super Bowl, so it feels like it’s kind of back to the way it should be and seeing a couple of teams with our guys is really neat.

“It’s really difficult to make the NFL and when a kid like Kyle or Corey comes from a smaller school they have to check a lot of boxes. They have to check them all to get there. Teams aren’t likely to take a chance on them, but they were so good and did things so right and they’re rewarded for it.”

Washburn and Kansas State have both had two players drafted over the past two years, while Kansas has had one, with Jayhawk offensive lineman Hakeem Adeniji selected by the Bengals in Saturday’s sixth round.

Now that he has his opportunity, Hinton wants to state the case that small school players can thrive at the highest level.

“I’m definitely going to take that into camp and try to show the league that D-II players have a chance to play in the league and there’s a lot of talented players on the lower levels,” he said.

Washburn’s Hinton ready to prove himself in the NFL