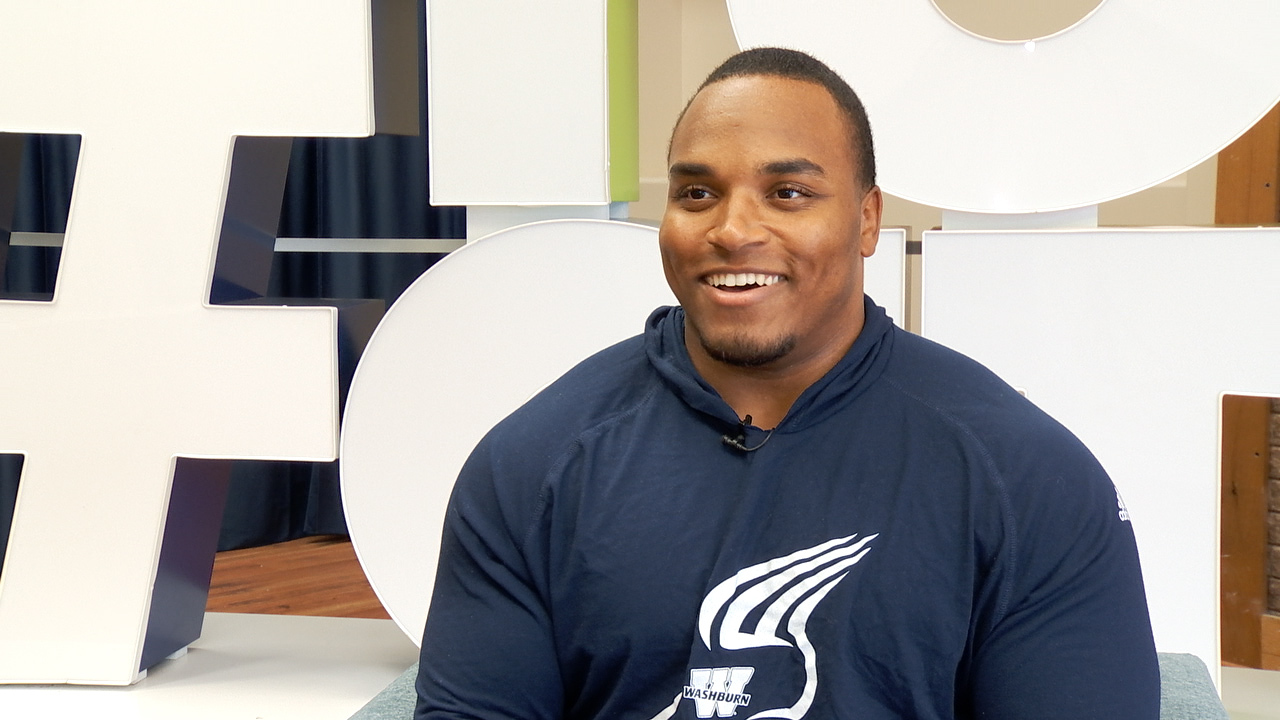 TOPEKA, Kan. – For the second straight year, the Washburn Ichabods had a player selected in the NFL draft. The Minnesota Vikings made offensive lineman Kyle Hinton’s dreams a reality yesterday but the next journey is just getting underway.

There’s nothing like the moment when hard work pays off.

“I’m about to be a Viking!” Hinton yelled as he got the call from Minnesota.

Hinton had to wait longer than just about anyone yesterday, the third to last pick, but the call is all that matters and he knew he’d put in the work for it.

“The NFL’s gonna find you, you just have to put in the work,” Hinton said.

Hinton’s done that the last four years at Washburn, he knows there’s more to come, but this still doesn’t even feel real.

“It’s been a long journey. Definitely being a smaller schooler, being in this spot I’m in, it’s crazy”

The Vikings may have said it best, small school don’t matter, and Washburn head coach Craig Schuring knew that was the case for the athletic Arizona native from the jump.

“We were pretty confident kyle was going to have this opportunity from his freshman year on, we were just hoping he didn’t leave and go early,” Schurig laughed.

Jokes aside, Hinton’s journey did take an unexpected twist. March and April are critical for the draft with interviews and workouts, he got a pro day in at K-State, but coronavirus robbed him of the rest of the process. He still did enough to get the call and coach knows that the Vikings will be assured of their decision when they get him on the field

“He’s gonna turn heads that first practice and especially when the guys start getting tired, that’s when Kyle will go up that depth chart, most of those guys do and he just doesn’t,” Schurig said.

All in all, the All-American performer is happy to have a home in Minneapolis for now, and he’s ready to work.

“Me being a small schooler, just being on the radar, I’m really grateful for that. I was really grateful that the Vikings chose me and gave me a shot to make the team. “