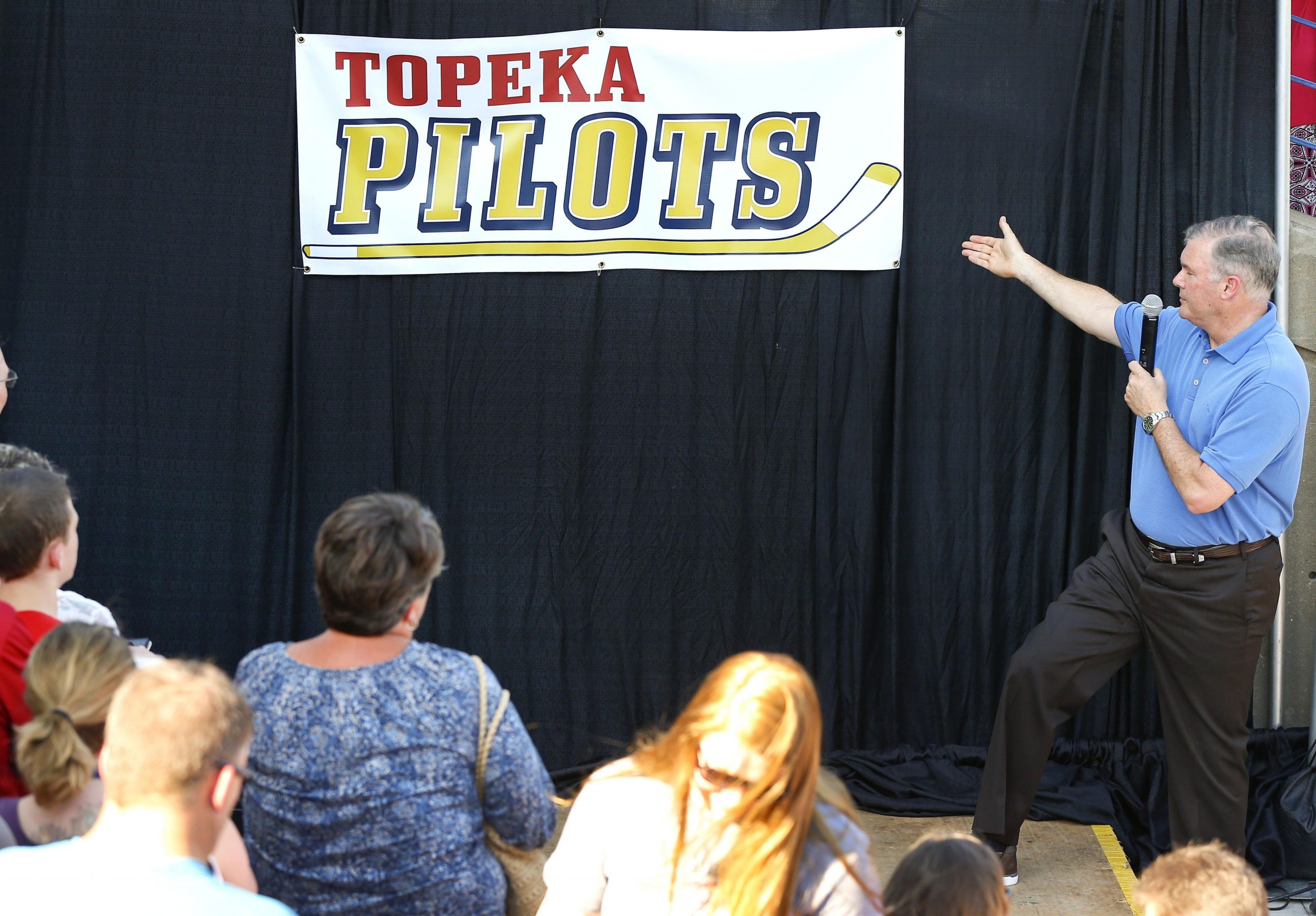 TOPEKA, Kan. – The Topeka Pilots have four more regular-season games at the Stormont Vail Events Center — not just this season, but ever.

In a letter to Pilots fans and supporters posted Friday on Facebook, owner Lamar Hunt Jr. announced the team will move to the greater Kansas City area for the 2020-21 season and beyond. The move means the capital city won’t be home to a North American Hockey League team for the first time since 2007.

The NAHL announced that its board of governors approved the team’s relocation and said the team would continue its affiliation with the league next season.

In his letter, Hunt said he was making the move for the “long-term viability and success of the team.”

“This decision was not easily made,” he wrote. “After considering the options that would give our team the best opportunity for growth and success, this is the option we believe is the best.”

Hunt purchased the Tier II Junior Hockey team — previously called the Topeka RoadRunners — from Don Stone in 2018. At the time, Hunt said he wanted to create a “hockey ecosystem” in the Midwest. He expected the Topeka franchise to be a big part of that ecosystem and said he hoped to attract between 2,000 and 3,000 fans to each game.

But the Pilots struggled to take flight. They managed a record of just 23-29-3-5 last season and often fared even worse at the gate.

This season the Pilots have enjoyed success on the ice. Entering Friday night’s game at Amarillo they had a record of 31-13-2-2, good for third place in the NAHL South Division standings. They also have secured a spot in the Robertson Cup playoffs, which will begin April 9.

Still, the wins haven’t translated to larger crowds. According to the NAHL’s website, the Pilots have averaged 927 fans in 26 home games this season. That ranks 14th out of 26 teams in the league.

“Topeka has enjoyed many years of successful NAHL teams making an impact in the community and on the ice, which includes advancing players to the next level, and that is something that we expect to continue in Kansas City under Lamar Hunt Jr.’s leadership,” NAHL Commissioner Mark Frankenfeld said Friday in a news release. “The relocation provides the team with the best option to be successful on and off the ice moving forward, and allows them to maintain a similar location in the NAHL’s footprint.”

The Pilots’ final four regular-season games in Topeka will be March 27 and 28 against the Shreveport Mudbugs and April 3 and 4 against the New Mexico Ice Wolves.

“For the sake of these young men, please enjoy the team and their achievements for the rest of this season — and the playoffs!” he wrote.