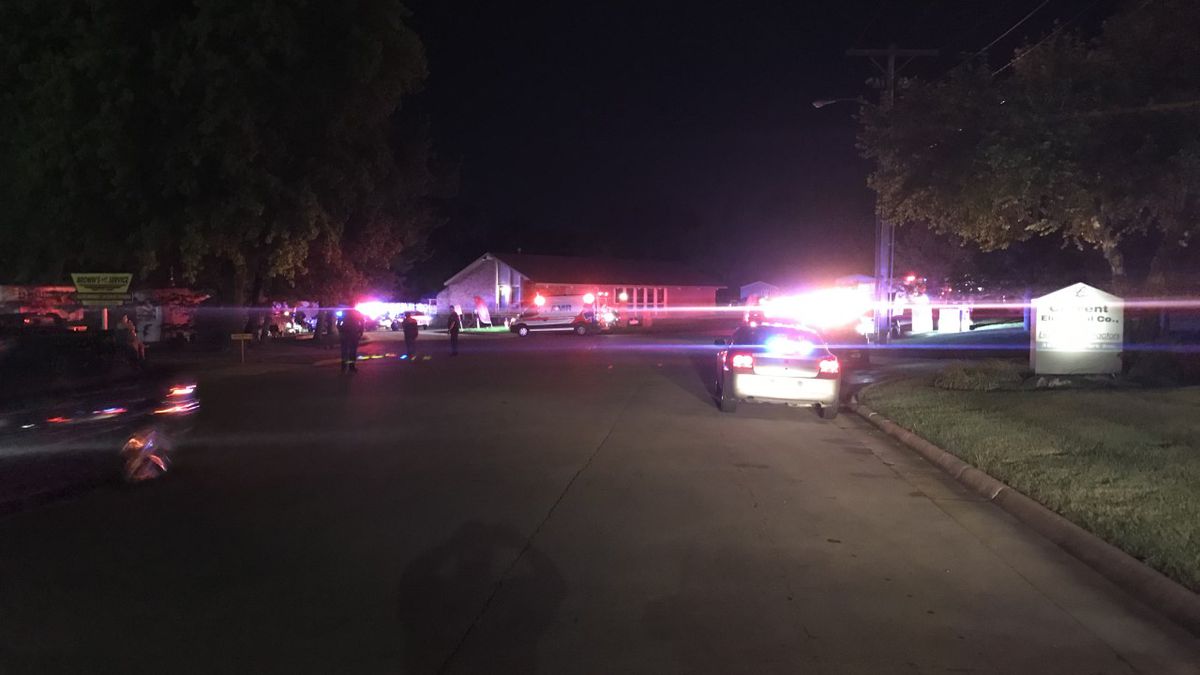 TOPEKA, Kan. – A man was dead and three people were in custody following a shooting late Monday at a south Topeka apartment complex, authorities said.

The shooting was reported around 11:30 p.m. Monday at the White Lakes Plaza Apartments, 3700 S.W. Plaza Drive.

Officers responding to the scene found a man suffering from gunshot wounds in the parking lot of the apartment complex. He was later identified as 42-year-old Michael Stringfield of Topeka

Police used a K-9 officer to track down three individuals in connection with the incident.

Danielson said the three people were taken to police headquarters for questioning.

As of early Tuesday, there was no word on whether any of the three had been arrested in connection with the shooting.

The crime scene covered a large area outside the apartment complex and police early Tuesday were asking people to avoid the area.

As of 5:30 a.m. Tuesday, police had blocked the entrance to the apartment complex, immediately south of the White Lakes Plaza shopping center.

Yellow crime-scene tape also had been extended across a wide area on the north side of the apartment complex.

Topeka police spokeswoman Gretchen Spiker said the man’s death was being investigated as the first homicide of 2021 in Topeka.

At least two other recent deaths remain under investigation.

James E. Anderson, 19, died from injuries he suffered in a shooting early Feb. 10 at the Highland Park Town Homes and Apartments complex, in the 2300 block of S.E. Bellview. That case continues to be listed as a “suspicious death.”

The other recent death that is under investigation was reported around 2:20 a.m. Monday in the 300 block of S.W. Harrison.

Meanwhile, the White Lakes Plaza Apartments, where Monday night’s shooting death occurred, also was the site of another homicide nine months ago.

In that incident, Joheem Meredith, 18, a senior at Topeka West High School, was shot and killed May 12, 2020, at the White Lakes Plaza Apartments complex.

How Shawnee County area teachers will get vaccines starting Monday