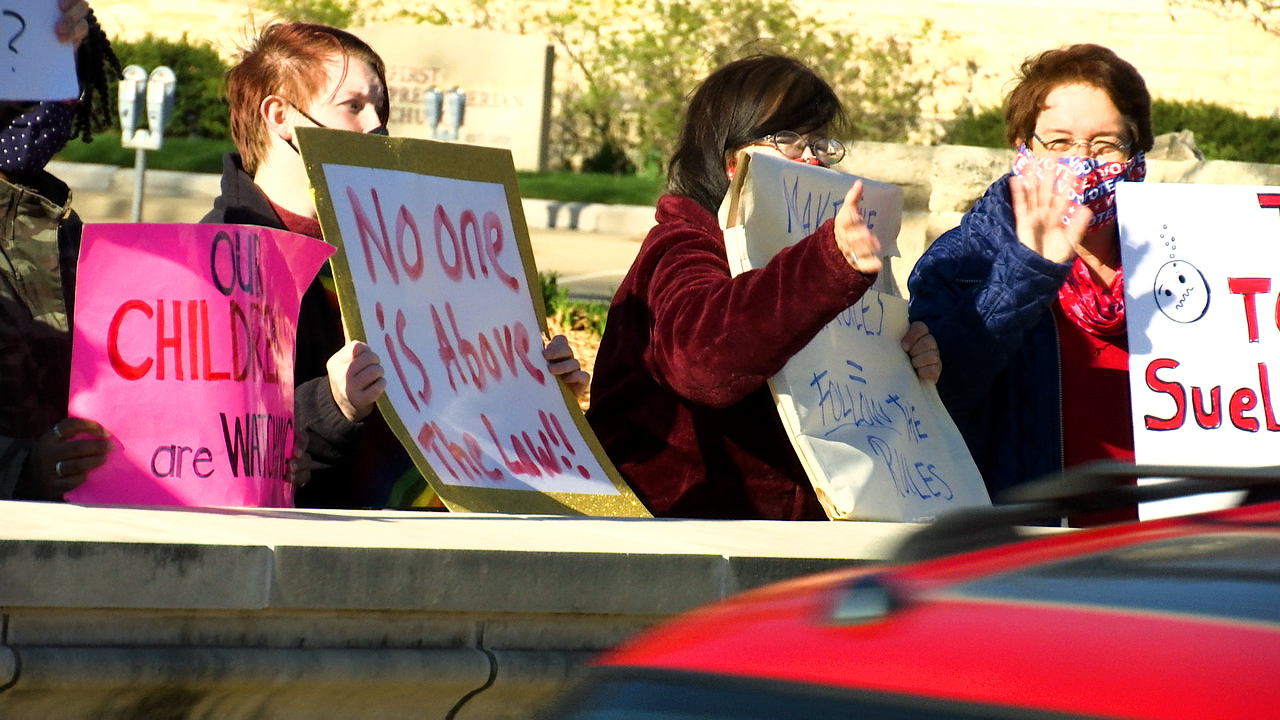 Kansas– Protesters gathered outside the Kansas State Capitol Monday as new details have come to light about his DUI case.

“This isn’t about whether you’re conservative or liberal, or whether you’re a Democrat or Republican,” Jae Moyer said. “Suellentrop, what he did sets a terrible example.”

Moyer, who’s from Shawnee, joined protesters in calling for Kansas Senate Majority Leader Gene Suellentrop to resign. A group of Kansans from across the state lined up outside the Capitol, trying to catch lawmakers as they drove into work. Protesters waved signs calling for Suellentrop to step down from office.

“If you see a grown man getting away with something like that, that just continues to drive the idea that it’s okay,” said Abbey Killinger, who joined the protest from Topeka.

Suellentrop bonded out of jail on Friday. No one was there to pick him up.

According to a criminal complaint, he is being accused of being under the influence. Prosecutors said he led police on a 90 mile-per-hour chase, going the wrong way down the highway.

Some Democrats are speaking out about the arrest.

Governor Laura Kelly commented on the situation, while touring a vaccine clinic on Monday.

“This is something that the Republican caucus needs to address,” Kelly said.

It’s up to the Senate Republican caucus to determine whether Suellentrop keeps his leadership position in the Senate. On Friday, Senate leadership released a statement on the charges filed against Suellentrop.

“Upon learning of these formal charges, we have begun reaching out to other members of the
Republican caucus about how to proceed most effectively moving forward. Our highest priority is to keep working without distraction for Kansas families and businesses as the state reopens.”

Some Democratic lawmakers are concerned with how the incident may reflect on the state’s legislature.

“We are concerned. I certainly am. I’ve heard from constituents who’ve said there shouldn’t be two standards,” Sen. Haley told Kansas’ Capitol Bureau.

Right now, no court date has been set. The future of Suellentrop’s position as a Senator is determined by the Senate.