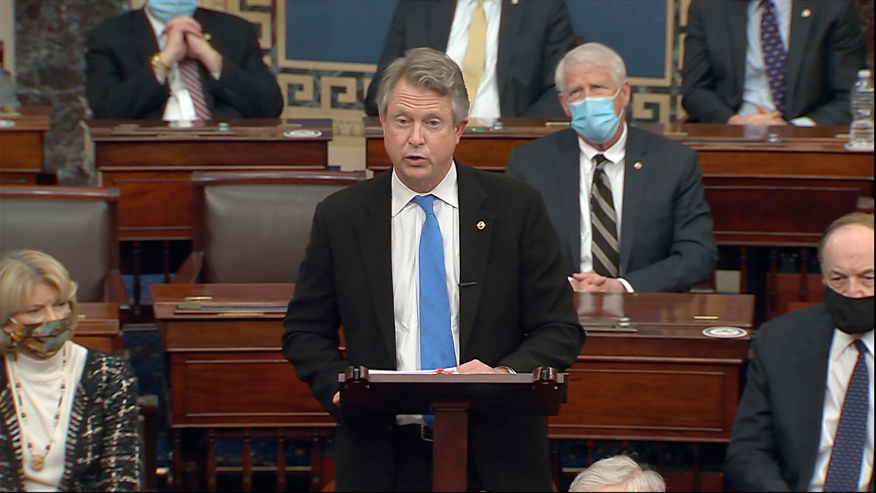 Members of Congress were forced into hiding, offices were ransacked, and the formal congressional tally of Electoral College votes was halted for more than six hours.

Marshall was on a coalition of Republicans who objected to the certification of Trump’s election loss. On early Thursday. lawmakers’ stayed up all night to finish counting the Electoral College vote confirming Democrat Joe Biden won the presidential election.

“Joe Biden is the President-Elect and we must and will have a peaceful transition of power on January 20th. Anything less is not an option. To be explicitly clear – Joe Biden will be our next President,” said Senator Marshall. “I am sickened and angered by the violence that unfolded at our nation’s Capitol yesterday. To all those who destroyed any chance we had for peaceful discussion and debate on restoring and ensuring confidence in this and all future elections: Your actions were despicable and each of you – the rioters, vandals, and trespassers – should be prosecuted to the fullest extent. I am thankful for our law enforcement officers who worked courageously to restore order at the U.S. Capitol – their heroism is unmatched. America is a resilient nation, and I have no doubt that we will unite and grow stronger after this.”

Kansan Lisa Montgomery’s federal execution is set for Tuesday. Here’s what you need to know.