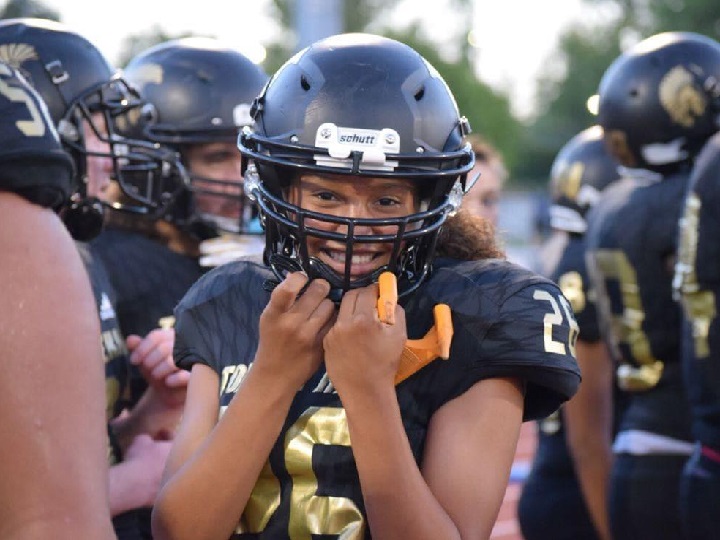 TOPEKA, Kan. -Thomas is a well known name on the football field.

Ky Thomas finished his high school football career as the all-time leading rusher in the history of Topeka football.

And the name continues to be heard, with another Thomas carving her own legacy.

“Of course everybody knows Ky,” Talayah Thomas said. “That’s my brother and that’s someone I’ve always looked up to, But I usually don’t worry about the comparison and just do what I have to do.”

Sports have always been a family affair for Tae.

“It was my dad actually,” Thomas said. “I played football growing up. He never let me play tackle, but this is something I was really like motivated to do. So, he understood. And he was like, ‘Go do your thing.”

As she grew older, Tae wanted to blaze her own path.

“Freshman year,” Thomas said. “I didn’t really plan on kicking that it wasn’t until I was joking around with Ky. I was like, ‘I’m going to kick.’ And he’s like, ‘No, you’re not.’ And then I just showed up out of practice and started kicking.”

Once she started taking snaps, she had the perfect mindset.

As she prepares to kick off, Tae not only represents the Trojans. She inspires young woman in the stands to pick up a football.

“I didn’t really expect to inspire others to play also,” Thomas said. “But, then I realized me doing this really does play a part in other people’s lives too. It like gives them the motivation to do it also. And I think that’s great.”