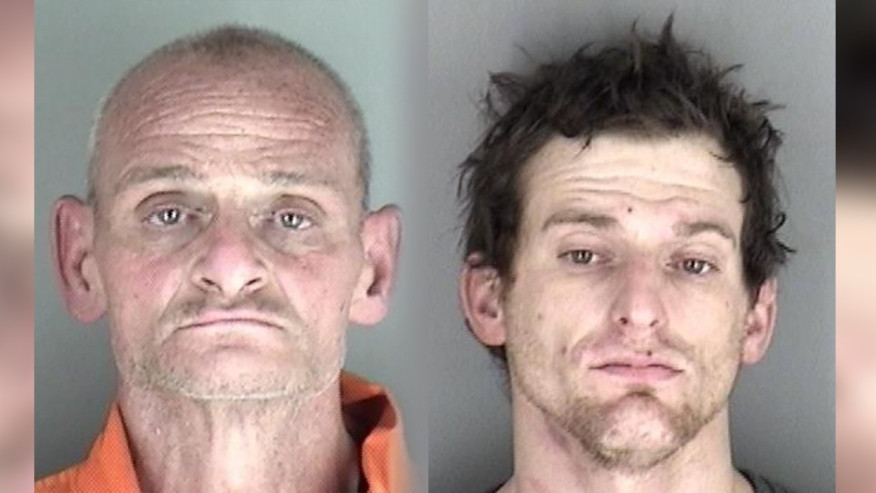 TOPEKA, Kan. – A 48-year-old man and 31-year-old man are in custody following a traffic stop near Northwest Eugene and Shorey Court Thursday evening.

According to the Shawnee County Sheriff’s Office, around 4:45 p.m. a Shawnee County deputy observed a red Chevy pick-up truck commit a traffic violation near Northwest Lyman Road and Eugene Street.

The deputy reported the truck fled at a high rate of speed south on Eugene Street. When the deputy caught up to the truck he said the truck pulled into a residential drive. The driver, James A. Beatty, 31, of Topeka, quickly exited the vehicle despite being told not to exit the truck.

After several orders from the deputy, Beatty complied and the deputy restrained him. He said he later found narcotics, drug paraphernalia and a gun in Beatty’s truck.

The deputy took the passenger in the vehicle, Lloyd Ratzloff, 48, into custody and found him to be in possession of narcotics and drug paraphernalia.